English
Home
/
BLOG
/
How Long Does It Take To Charge A Tesla?

How Long Does It Take To Charge A Tesla? 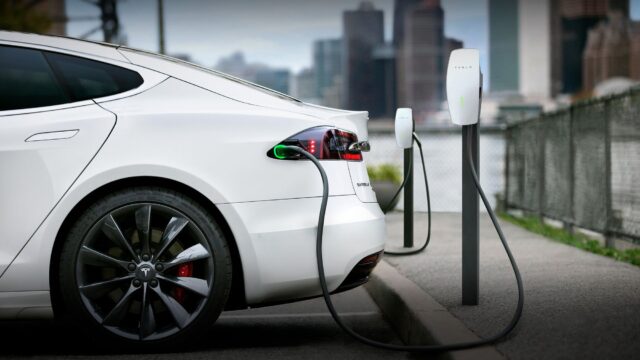 Tesla Motors makes some of the most popular electric vehicles in the industry. Marketed as luxury electric vehicles (EVs), Tesla's stylish offerings are available in a variety of travel ranges and prices. The question always arises if you own a breathtaking Tesla, or are just curious. how long does it take to charge a Tesla? Look ahead and find out.

All Teslas have some basic charging options. When you buy a Tesla, you get 3 types of chargers and cables. One for standard outlets (NEMA 515), one for stronger 240-volt outlets (NEMA 1450) and one for charging at public stations (excluding Tesla Superchargers). Just answering how long it takes to charge a Tesla, it can take 1-12 hours to charge a Tesla. The charging time for your Tesla depends on the charging station and the car battery before charging.

The type of charger to use while charging. It also determines how long it takes to charge your Tesla. Let's see another rate.

The NEMA 515 Tesla EV Charger is the slowest Tesla EV charger on the market that connects to a standard outlet. A NEMA 515 connector can provide a charging range of about 3 miles per hour. This charging station is perfect for home use, especially at night.

A NEMA 1450, A240 volt wall outlet connects to (similar to the type used in clothes dryers and other appliances). A regular Tesla charger with a NEMA 1450 connector can fully charge a Tesla battery in 10 hours (Model S) and 10.5 hours (Model X).

Tesla offers home wall charging stations. upgrade to the standard charging cable provided with your Tesla purchase. A wall outlet for modifying a Tesla (Model S/Model X) can be installed with the help of an electrician. A wall outlet can fully charge a Tesla Model S battery in six to nine hours, or a Model X battery in six and a half to ten hours.

Tesla Supercharger stations are ubiquitous, so you can take your Model S or Model X on a road trip. It only supports Tesla vehicles and can fully charge a Tesla in an hour to an hour and a half.

Tesla's (Model 3) smallest battery lasts 262 miles on a single charge. The maximum range Tesla offers is 405 miles with a fully charged Model S battery. Importantly, the accuracy of these numbers cannot be guaranteed. We recommend that you be proactive when charging your Tesla. Some factors that can affect battery range are how you drive, where you drive (highway or secondary road), and battery size/model. As with the range on a single charge, Tesla car batteries have varying lifespans. As a rule of thumb, a Tesla has a battery life of 300,000,500,000 miles, which is 2135 years (based on the miles the average American drives).

How to know if your Tesla is charging?

All Tesla EVs have the ability to display system diagnostics including EV battery charging details. When Tesla charges, it shows how long it takes to get home, how much it charges, and how long the process will take.

How long does it take to charge a Tesla?

Gist: A lot of factors come into play when it comes to figuring out exactly how long it takes to charge a shiny Tesla. Battery capacity, charging method, and available output power all affect how quickly you can unplug and drive again on public roads.

Here's a breakdown of charging methods and the approximate time it takes to fully charge a Tesla with a low battery.

Level 1AC (120V home outlet): 2040 hours
Level 2AC (Third Party Charger/Tesla Charger/Tesla Home Charger): 812 hours
Level 3 DCFC (Tesla Supercharger): 1525 minutes
Tesla's supercharging network is great, especially in an emergency. However, due to the high DC power, superchargers are not recommended for daily charging. Instead, it is designed to provide fast charging to drivers while in transit or on long road trips. Tesla recommends charging at home at Level 2 whenever possible.

Tesla's Real Purpose Is Not To Build Cars