English
Home
/
BLOG
/
Tesla And Autonomous Driving: What Are The Differences Between The Usa And Europe?

Tesla And Autonomous Driving: What Are The Differences Between The Usa And Europe?

With its lead over many manufacturers in terms of autonomous driving, Teslas are sometimes put forward as vehicles with greater capabilities than they can actually do in reality. Above all, between the USA and the rest of the world, notable differences both in behavior and in the features activated remain. We take stock. 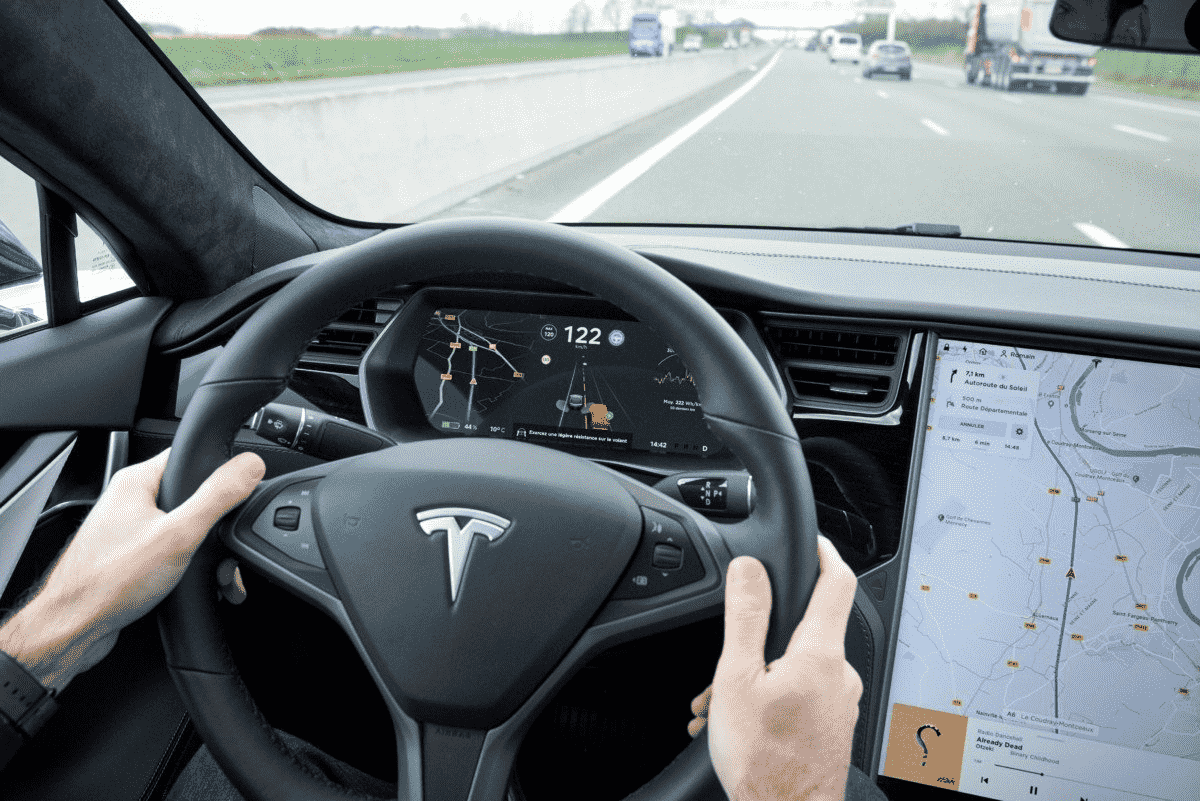 With the fully autonomous driving capability arriving in beta across the Atlantic in October 2020, Tesla owners in Europe are increasingly realizing that the car they have in their hands does not have the same capabilities as their American counterparts. Between regulations that restrict certain options and lack sufficient data to benefit from the same functionalities, we will try to see more clearly what differs between European autonomous driving functions on the one hand, and the USA on the other.

AN AUTOPILOT RESTRICTED BY REGULATIONS

For many years now, Tesla vehicles have offered a set of features usually grouped under the term "Autopilot". In practice, it is the combination of dynamic cruise control (it slows down according to the vehicles located in front of the car) and assistance with maintaining the course (the vehicle follows the lines on the ground and remains centered in its lane ). This is, on paper, what we find in many new vehicles today.

On this production Autopilot, there are significant differences between the United States and Europe: the Old Continent applies the rules defined by the United Nations Economic Commission for Europe (UNECE), which are much more restrictive on the autonomous vehicle plan.

A LIMIT ON LATERAL ACCELERATION

The first difference is in the lateral acceleration, which must not exceed 3 m/s² in Europe: this means that Tesla's course-keeping assistance is not allowed to take certain turns too quickly. . In practice, a Tesla on Autopilot can arrive at the entrance to a bend at the speed limit of the portion of the road on which it is, and brake suddenly in the bend to maintain its lateral acceleration below the threshold of 3 m/ s², or worse, handing over control to the driver without warning. 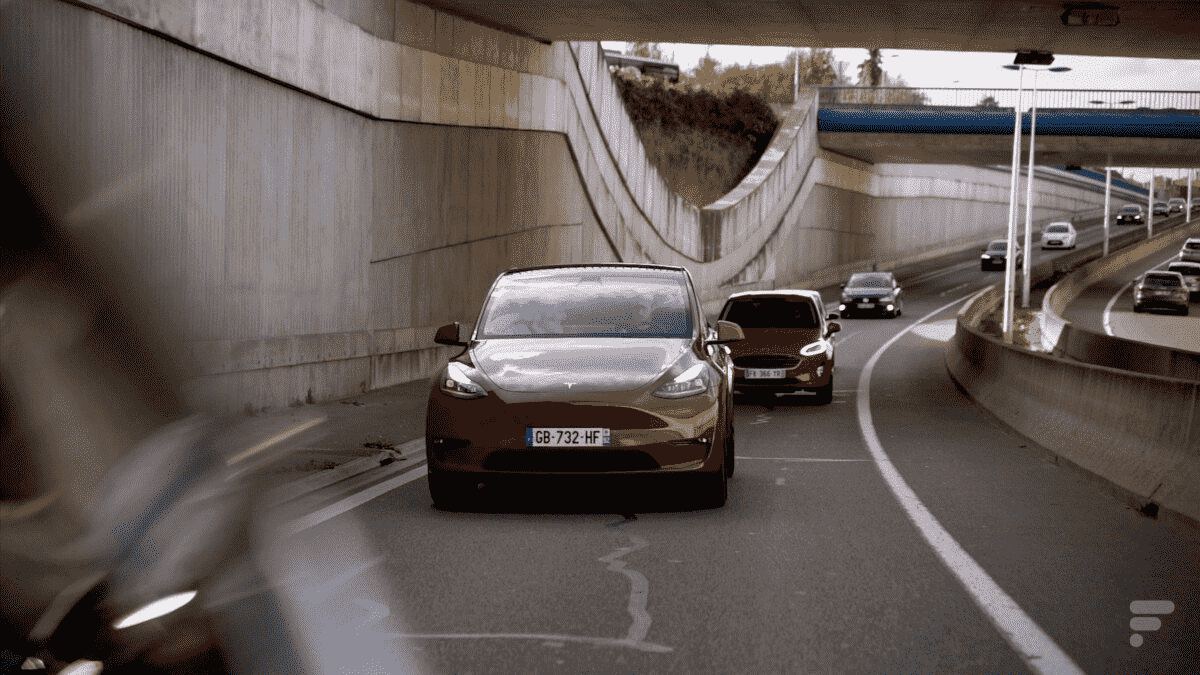 In the majority of cases, an informative message still appears: it indicates that the steering assistance is limited and warns us that the vehicle may be taken over by the driver at any time. This is frequently the case on motorway or expressway interchanges, which form a 270 or even 360-degree turn.

Even respecting the speed limits of 50 or 30 km/h, it is too fast for the lateral acceleration to be below the imposed threshold. The vehicle is indeed capable of taking these sections of road at limited speeds without the slightest problem, and this is also how Autopilot works in the USA. But in our regions, the current state of regulations, unfortunately, does not allow this.

Even respecting the speed limits of 50 or 30 km/h, it is too fast for the lateral acceleration to be below the imposed threshold. The vehicle is indeed capable of taking these sections of road at limited speeds without the slightest problem, and this is also how Autopilot works in the USA. But in our regions, the current state of regulations, unfortunately, does not allow this.

In Europe, changing lanes can only be done if the driver has activated the turn signal himself. Thus, the vehicle will only suggest lane changes to the driver, instead of performing them autonomously.

In practice, if you are using Autopilot Navigation in France and a truck in the distance is traveling 40 km/h slower than you, your Tesla will slow down and stall at the speed of the truck while displaying a message encouraging you to engage the turn signal to overtake it. In the USA, you wouldn't have had to do anything but watch your car overtake the truck and automatically flash the turn signals. 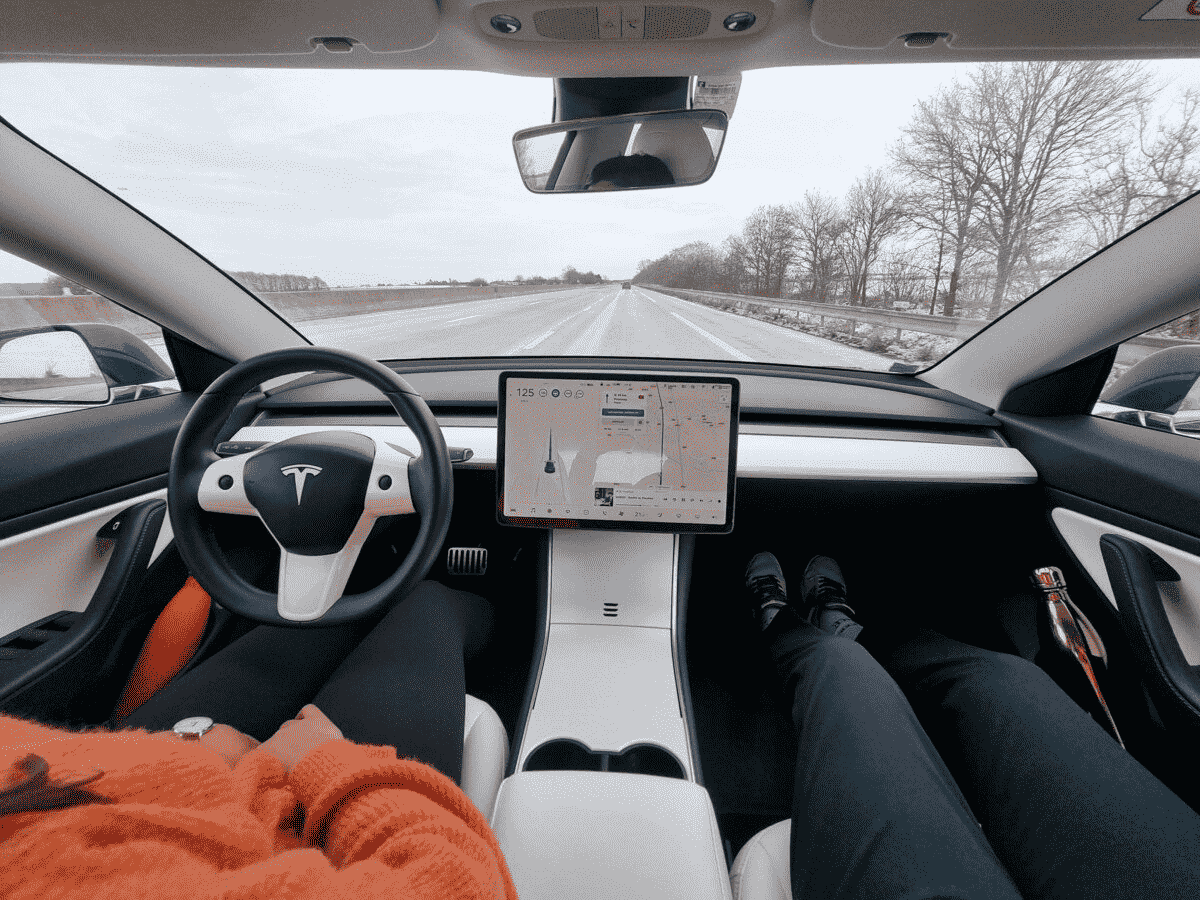 In addition, for all lane changes initiated by the driver by activating the turn signal, the regulations in force oblige the vehicle to complete its maneuver within five seconds of starting the turn signal. At first glance, this does not necessarily seem problematic, but in practice, it is undoubtedly what can cause the driver the most fear.

Indeed, if the maneuver is not completely finished and your Tesla straddles two lanes, the vehicle will suddenly return to its starting lane after five seconds. While deactivating the turn signal.

This surprises the driver and passengers, but also other road users who see a car acting in a totally unreasonable way. For many Tesla owners, these regulations make European Autopilot more dangerous.

Finally, the Auto Exit is strongly limited in Europe, whereas in the USA its use is much more permissive. As a reminder, this is a feature that allows you to move your vehicle forward, backward, or even move the vehicle in a parking lot from your smartphone, without any driver behind the wheel.

In Europe, it's generally very limited: to move the vehicle forward or backward, you have to be within ten meters of your Tesla and keep your finger pressed on the smartphone screen in the Tesla application for the entire duration of the maneuver. On the other side of the Atlantic, for once, the experience is very different.

First of all, there is no distance limit to start Summon. If you are at the entrance to a parking lot and your Tesla is parked several dozen meters away, you can use the Tesla app and get the car out of the space without any problem.

In addition, the Improved Auto Exit, which allows the vehicle to navigate at low speed to meet you, respecting traffic signs, in particular, is also very different in our regions.

First of all, it is necessary to be only a few meters from the vehicle, which greatly limits its usefulness. Also, the vehicle will stop after about ten meters traveled. It won't move until a driver comes to take over the wheel.

In the US, a single tap on the Tesla app commands the car to come to you from across the parking lot, making the European feature look ridiculous in comparison.

FSD IN BETA, NOT EVEN IN DREAM

For more than a year now, vehicles in the hands of the public have benefited from a feature that some call FSD Beta (FSD for Full-Self Driving, in France this corresponds to the ability to drive fully autonomously). It allows automated driving in the city. In practice, the vehicle reacts to traffic signs and lights and navigates in an urban environment by following the navigation, always under the supervision of the driver.

The vehicle can take roundabouts and other complex intersections, understand its surroundings by analyzing the lights and turn signals of other vehicles, and, in theory, allow you to get from one point to another without human intervention. This part of Tesla's self-driving options is in its early stages of development.

It's only since October 2021 that this program has been open to a larger portion of Tesla owners who have paid for Fully Self-Driving Capability. Of course, this is limited to the USA: nothing suggests that Teslas in Europe will be able to use this automated driving in the near future.

Are these limits a good thing in Europe? The question deserves to be asked because software still in development can have dangerous behaviors that can surprise not only the driver of the car but also all other road users who can be put in danger.

DO REGULATIONS LIMIT US OR PROTECT US?

In the current state in the USA, many features are deployed while remaining at an experimental stage. In Europe, we sometimes get jealous of what we see on the other side of the Atlantic, but is it really better than here? Between an unusable Auto Exit, and one that will scratch the car parked next to you, which should be preferred?

Between autonomous driving in a town which cannot take roundabouts in France, and one in the USA which is having difficulty, which do you prefer? If the rules on lateral acceleration and lane changes seem outdated, others are in place to avoid having vehicles that have potentially dangerous behavior on open roads.

Tesla is taking advantage of less drastic regulations in the United States to put software in the hands of consumers that are far from ready for the general public, in the hope of harvesting valuable data that would otherwise be impossible to obtain. And we can't blame them: the data is what differentiates them from other manufacturers. With a fleet of vehicles equipped with sensors collecting crucial information to feed the system, it would be foolish not to use it. 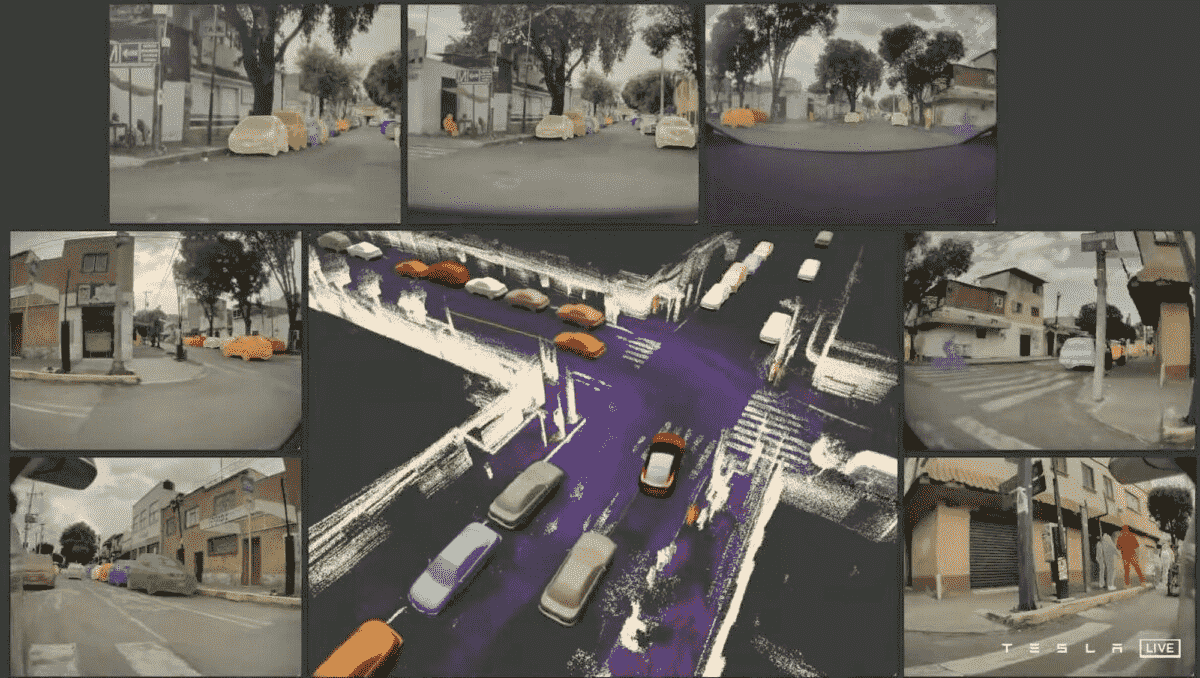 In addition to the regulations, we note all the same that the functions currently deployed by Tesla are not quickly improved. For many months, even years, users of the automatic parking, auto exit or recognition, and reaction to traffic lights and stop signs functions have been complaining about the way it all works (or rather does not work). Regulations are part of the problem: but even with the current rules, Tesla has the possibility to offer more advanced features.

Customers still have to pay to try these nearly unusable features — sometimes a hefty sum, fully self-driving capability is a $10,000 option or $200 a month in the US, and 7 500 euros in France — with the hope that the system improves drastically before they change vehicles. And those who paid for the Fully Autonomous Driving Capability in Europe several years ago do not seem close to benefiting from it for the moment.

Related Articles
How Much Does An Electric Car Charge Cost?