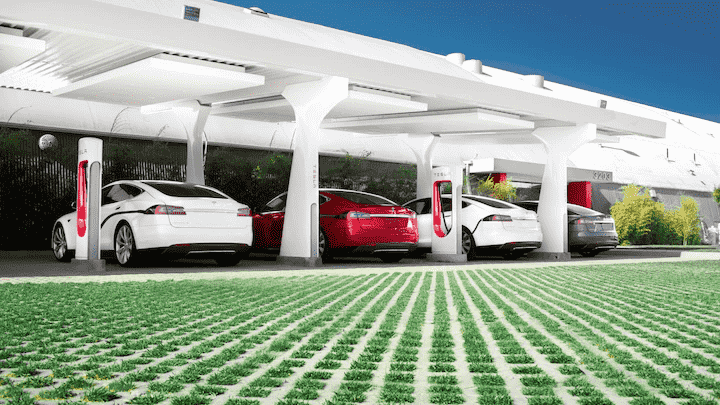 Tesla has changed the warranty conditions for its batteries. At first glance, everything seems favorable for Tesla customers - but the Californians have built a big loophole.

So far, the battery guarantee for Tesla's Model S and Model X was eight years, including unlimited mileage. From now on, however, just like with the Model 3, the guarantee is only valid up to a fixed limit of around 240,000 kilometers from the start.

At the same time, however, there is an improvement for drivers of the same models, as demonstrated by the newly published warranty conditions from Tesla. For the Tesla Model S and Model X, there is now a fixed value for the minimum battery capacity. As with Model 3 since its introduction, the minimum value is 70 percent. So far, there has been no such specific information for the two models.

With Model 3, the minimum 70 percent continues to apply in the first eight years, here also with a kilometer limit: for the variants with the smaller battery (standard range) up to 160,000 kilometers, for the large battery in the performance and all-wheel-drive versions for up to 192,000 kilometers.

This means: that Tesla drivers who reach less than 70 percent of the original charging capacity with their battery within the first eight years and within the maximum mileage can rely on getting a new battery. The Electrek portal summarizes the new warranty conditions:

Model S and Model X: Eight years (except for the original 60kWh battery manufactured before 2015, which is warranted for eight years or 125,000 miles, whichever comes first).

Model 3 with Long-Range Battery: Eight years or 193,000 kilometers (120,000 miles), whichever comes first. 70% battery capacity must be maintained over the period.

Model 3 and Model Y Standard or Standard Range Plus: Eight years or approximately 160,000 kilometers (100,000 miles), whichever comes first. 70% battery capacity must be maintained over the period.

Tesla leaves a back door open

What may at first glance look like an extended warranty does not necessarily have to be one. According to Teslamag, Tesla fans are unhappy with another change in the warranty conditions: Tesla points out that wireless software updates for its electric cars can be used to protect and extend battery life, among other things. "Any noticeable changes in battery performance due to these software updates are not covered by this battery and drive unit warranty," according to the update on the Tesla website.

The fear: Tesla could arbitrarily limit the performance and capacity of its batteries so that this cannot be claimed as a performance degradation of the battery in accordance with the warranty. This means that the 70 percent guaranteed loading capacity can easily be overturned.

Changing the battery of your Tesla costs a fortune.

Do you need to change your Tesla's battery? It will cost you a hell of a lot of money if the warranty is out of date! Explanations.

With electric cars, users do not need to replace engine oil every year or add coolant. However, the battery of their vehicle is not immune to wear and tear or potential degradation. Therefore, its replacement or repair is necessary, at an exorbitant cost for Tesla users.

According to the manufacturer, the Model S and Model X batteries retain 90% of their capacity after 124,000 km. A study by NimbleFins more or less confirms this figure, claiming that Tesla batteries retained an average of 80% of their capacity after traveling this distance. Customers also benefit from a guarantee. For the Model S and Model X, Tesla France indicates on its site that it is spread over 8 years (or 240,000 km) "at the earliest term, with a minimum retention of 70% of the battery capacity during the warranty period.

However, your battery may be damaged or suddenly stop working. And if you are no longer covered by the warranty, you will have to go to the checkout. In 2019, Elon Musk indicated that replacing a battery module costs between 5000 and 7000 dollars. Since each Tesla uses between four and five modules, the cost of a full replacement ranges from $20,000 ($17,800) to $35,000 ($31,200). A price range that is not immutable, however.

On a Tesla invoice revealed by Current Automotive, we can see that replacing the battery of a Model 3 costs 16,550.67 dollars (14,774 euros). Other parameters to take into account: are the vehicle model and the choice of a replacement battery. If you're replacing your damaged battery with a used one, the average cost will hover around $13,000 to $17,000, depending on the complexity of the job. On the other hand, if you opt for a new battery, it should cost you more than 25,000 dollars (22322.5 euros).

Colossal sums that have the gift of annoying users. Asked to pay 20,000 euros to replace the battery, a Finn had simply decided to explode his Model S with dynamite. However, it is possible to go through a third-party repair shop where the bill will be much lower.

Last September, Electrek reported that Tesla quoted $22,500 to replace a faulty Model S battery. mods. And the bill went down to… $5,000. Be aware in any case that it is impossible to change the battery of a Tesla Model S yourself.