Which Tesla Has Gullwing Doors? 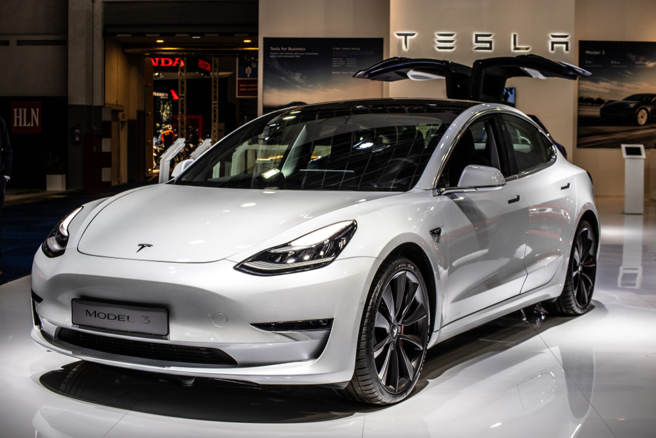 Gullwing doors were first marketed by Mercedes-Benz in the 1950s. Several decades later, these doors are still in use and Tesla has installed them in one of its luxury crossovers. But which Tesla has gullwing doors?

The Tesla Model X has gullwing doors. This car is a mid-size all-electric luxury crossover SUV. The falcon wing doors set the Tesla Model X apart from its competitors. Also, these doors make it easier to get into the car in tight spaces.

Features of the Tesla Model X

Looks
Like many luxury cars, the Tesla Model X is beautifully designed and the falcon wing doors make it look even more extraordinary. Also, this car has the lowest drag coefficient of any SUV on the market. This makes it fast and has an excellent range.

The Tesla Model X not only offers an extraordinary exterior but also a spacious and high-quality interior. First off, the Tesla Model X can seat up to seven people as it comes with an optional third-row seat that costs around $3,000.

It also has the largest storage space and a towing capacity of any electric SUV. With these features, it is a commercial vehicle. Other premium features include a high-end audio system, wireless gaming, a spacious cabin, a 17-inch cinema display, and wireless connectivity.

Security
Like other electric vehicles, the Tesla Model X is designed from the ground up. Therefore, it has a very low risk of rollover, excellent side impact protection, and front impact protection. In addition, the vehicle has standard Tesla safety features such as automatic emergency braking. And since it has autopilot, this car is very safe compared to its competitors.

No, Tesla's falcon wing doors do not open automatically. However, you can press a button on your phone to have them open automatically when you approach the car. You can also use the same button to close the doors when exiting the vehicle. This is one of the coolest features of the Tesla Model X.

One of the main reasons many supercars have gullwing doors is for visibility. These doors improve visibility over the driver's shoulders, making parking or driving in tight spaces easier. Because many super sports cars do not have a clear view to the rear; therefore, these doors play a major role.

What are some of the challenges gullwing doors have on a car?

Gullwing doors, or falcon wing doors as Tesla calls them, are chic but also very sophisticated. First of all, these doors are very heavy. Therefore, they must actively fight against gravity when opening, instead of just turning on a traditional hinge. So opening these doors can be a challenge due to their weight.

Another disadvantage associated with swing doors is design issues. If you are a short person and the doors don't have an automatic opening then you have a problem. Opening and closing these doors can also be a challenge for children. Also, these doors can be difficult to open in a crowd.

Is There A 6-seat Tesla?