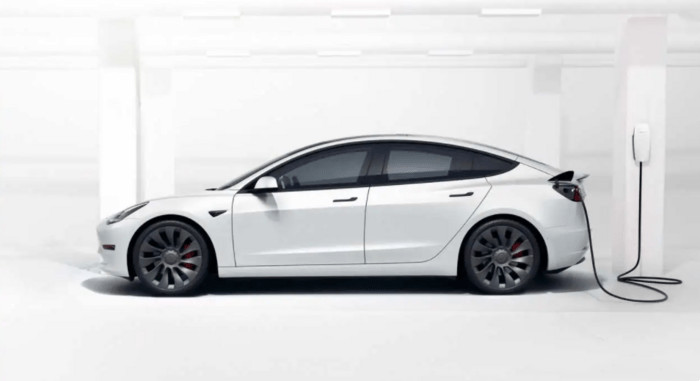 We all know that in daily use, lithium batteries should try to avoid overcharging or over-discharging, which will affect the life and safety of the battery. Almost all electric vehicle manufacturers have always told consumers that it is best to Just charge it to 80%. Still, Tesla will always have some unconventional moves. Recently, overseas media reported that Tesla released the latest car recommendations, suggesting that car owners regularly charge to 100% every week to ensure battery life.

Tesla said it recommends that Model 3 rear-drive models equipped with lithium iron phosphate (LFP) batteries, even for daily use, should have the charging limit set to 100% and be charged to 100% at least once a week. In addition, if the vehicle is parked for more than a week, Tesla recommends charging to 100% as soon as possible.

Tesla said that by following the above recommendations, users can maximize the vehicle's available range and improve the vehicle's ability to accurately determine the state of charge and estimate range. Here we will talk about the characteristics of lithium iron phosphate batteries. Since the battery voltage of lithium iron phosphate cannot stably display and estimate the exact voltage value of each cell like a ternary lithium battery, in order to better manage the voltage situation uniformly, The battery pack needs to be charged to 100%.

Therefore, Tesla also recommends that users of vehicles equipped with ternary lithium batteries should be charged to 80% or 90% in most cases to slow down the speed of battery decline in long-term use and ensure that 100% can be used during long-distance driving. of the full power. As I mentioned above, ternary lithium batteries are not suitable for saturated charging in daily life.

As soon as I saw this news, I thought that Tesla was acting abnormally again. Isn't this a big conflict with our usual cognition? However, objectively speaking, this is also reasonable. After all, the characteristics of different battery materials are also different, and Tesla is just giving a more reasonable method of use according to the actual characteristics of the battery. Of course, according to Tesla's usage recommendations, it is still unknown whether it can really maximize the available mileage as it said. Users need to observe for a long time, and they can't even observe the specific numerical difference.

Interestingly, Stella’s suggestion this time seems to be more aimed at users in the United States, and no formal advice has been issued for users in other regions.