Dacia Spring, Tesla Model 3... The Prices Of The Best-selling Electric Cars In France Continue To Soar 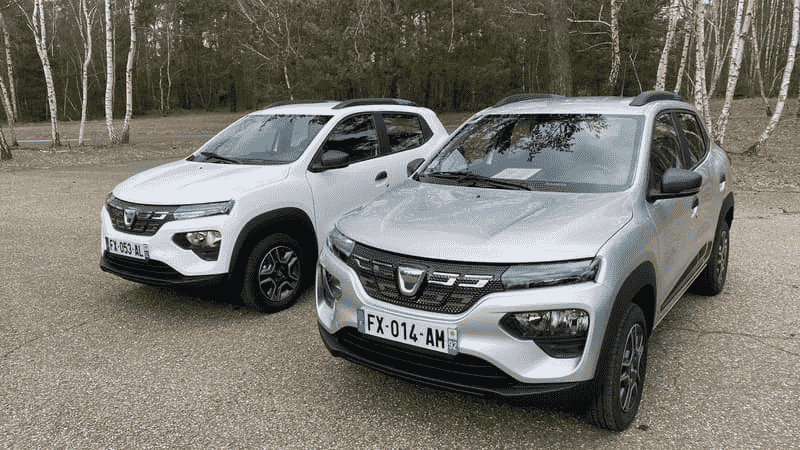 The Dacia Spring is currently the cheapest electric car on the market.

The best-selling electric cars in France have seen their prices increase by an average of 6% since last summer. Behind the Tesla Model 3 (+16%, excluding the "ecological bonus" effect), we find a certain Dacia Spring (+14%).

More and more expensive electric cars, that's what we already saw last April. Shortage of semiconductors, resumption of the covid pandemic in China, the war in Ukraine, and rising prices of raw materials... there was no shortage of reasons to justify this inflation which globally affects the entire automotive sector (and, beyond, all consumer goods).

And the situation is obviously not improving. By comparing the prices charged last summer on the 10 best-selling 100% electric models in France since the start of 2022, we see an increase of around 6%.

The Dacia Spring increases by 14% in less than a year

The cheapest new electric car, and also the most sold since the beginning of the year (7,878 units), is quite representative of the situation, with an increase of 14%. You had to pay 16,990 euros for a Dacia Sping in the basic finish (Comfort) in August 2021, against 19,290 euros currently.

The most striking example remains on the Tesla Model 3, which suffered a double effect: rising prices and lowering the bonus as a result. Without taking into account the subsidies, the price of the basic version has gone from 43,800 euros to 50,990 euros currently (+ 16%).

And the difference is even greater if we take into account the drop in the ecological bonus granted on this model: in June 2021, the bonus was still 7,000 euros, before dropping to 6,000 euros in July. Maximum aid is still in place currently and should be extended for an additional 6 months.

For its part, a Model 3 Performance (the most expensive) no longer receives any aid, with a starting price which has meanwhile passed above the ceiling of 60,000 euros.

While the Tesla factory in Berlin started production this year, we see that the Model Y (the SUV version of the Model 3) has so far only increased by 5%.

A bonus effect that plays less on the Dacia Spring. The ecological bonus is in fact limited to 27% of the price of the vehicle: in August 2021, the bonus was deducted from 4,587 euros (27% of its price at the time), and its final price was 12,400 euros. Currently, with this grant, the aid amount deducted is approximately 14,000 euros.

Only two vehicles have not seen their prices increase: the electric Mini, at a stable price, and the Renault Zoé, which even allows itself a very slight drop of 0.11%.