Lucid Air and Tesla Model 3: The greenest electric cars according to 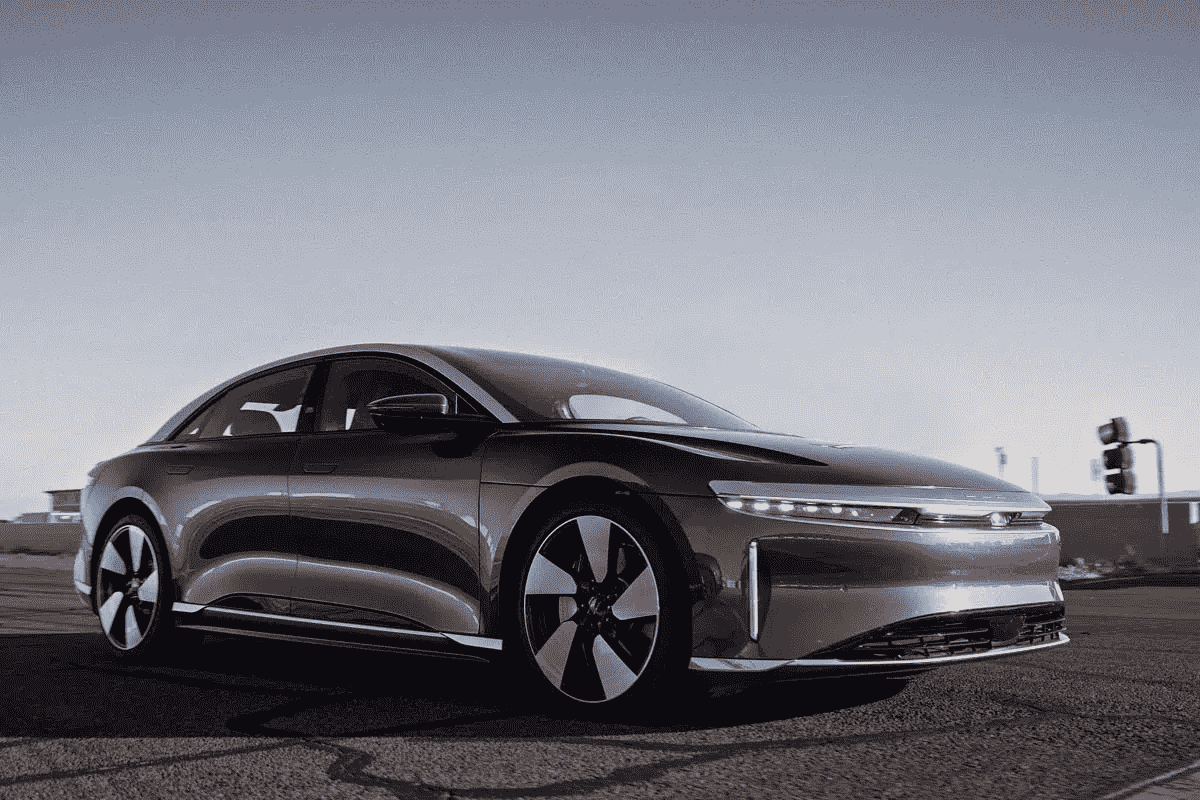 The American agency Bloomberg has just launched its ranking of the most virtuous electric cars marketed in the United States. Nearly 35 models feature in this evolving chart, with scores out of 100 plummeting from 71.1 to 27.4.

Carbon footprint in use

In order to arrive at its ranking, Bloomberg embarked on scholarly calculations that take into account the work of the MIT research institute. Over the life of the vehicle, a 70% share is attributed to the carbon footprint concerning the use of the car.

This value takes into account the range of the vehicle in miles, in relation to its empty weight in pounds, and with regard to a reference value set at 0.1099. The latter is 10% higher than the range/weight ratio of the most efficient vehicle.

To establish manufacturing carbon footprint differences, Bloomberg focuses only on the battery. Assuming that the other elements will not play a big role. "A wiring harness, for example, takes about as many resources in the manufacture of a Ford Mustang Mach-E as in that of a Mini Cooper SE", justifies the American agency.

Starting from this shortcut, the carbon footprint during construction, reduced to that of the pack, weighs 30% of the life of the vehicle. A new fixed reference value has been calculated: 29.34. This is 10% less than the energy capacity in kilowatt-hours of the smallest lithium-ion battery on board a car.

With great blows of the sickle

The chemistry of the battery, the origin of the cells, their lifespan which also depends on the temperature management system, the place of manufacture, the real efficiency, the repairability of the packs and their recycling, etc.: all this information is nevertheless important to determine a classification of electric vehicles from the most virtuous to the worst student is completely zapped.

With a dependence on greenhouse gas emissions only, only the range according to the weight of the vehicle and the energy capacity of the battery are taken into account. In theory, models with small packs should be preferred. Coming in first, the Lucid Air Dream Edition Range proves the opposite.

There is still a slight advantage to relying on the autonomy, the empty weight, and the energy capacity of the batteries, it is that the classification, however perfectible it may be, could be valid in France, in Europe, and elsewhere… if there were no other models of electric cars in these territories.

This work is not useless, but it would require to be completed, and especially to receive a name other than "Green classification". For example, there is no justification for the place taken by each of the models. We find something for the Lucid Air with the evocation of its aerodynamics and the efficiency of its engines. But this comment is far from being the rule.

If Tesla is not in the lead today in the Bloomberg ranking, the manufacturer was a few days ago, before the introduction of the Lucid Air Dream Edition Range. This shows that this table is scalable.

the agency warns that there will be future introductions during the current year 2022. These are the Audi A6 e-Tron, Nissan Ariya, Cadillac Lyriq, Fisker Ocean, Audi Q4 e-Tron, and Jeep Wrangler Magneto EV. In total, more than 25 new EVs should be added to the ranking by the end of 2024. 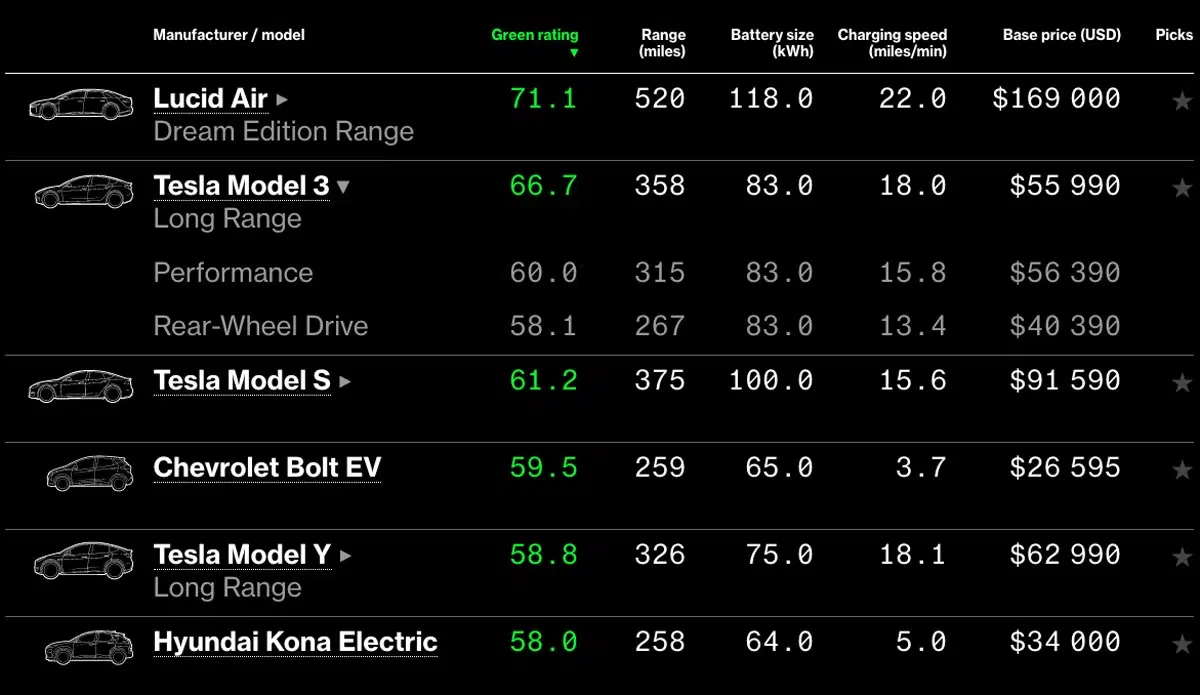 The first European electric car comes in 11th place. This is the BMW i4 (51.6/100). We are in the US market with this ranking. So no Renault or model from the Stellantis group.

The Audi e-Tron GT and Porsche Taycan open the section which brings together the least efficient electric cars, with a score below 40. But it is 3 American pick-ups that are in the red lantern: Ford F-150 Lightning (33/ 100), Rivian R1T (30.8), and GMC Hummer (27.4). We can't wait to see how the Tesla Cybertruck would stack up against them.