English
Home
/
NEWS
/
Space Campers, a new camper box for the Tesla Cybertruck we are still waiting for

Space Campers, a new camper box for the Tesla Cybertruck we are still waiting for 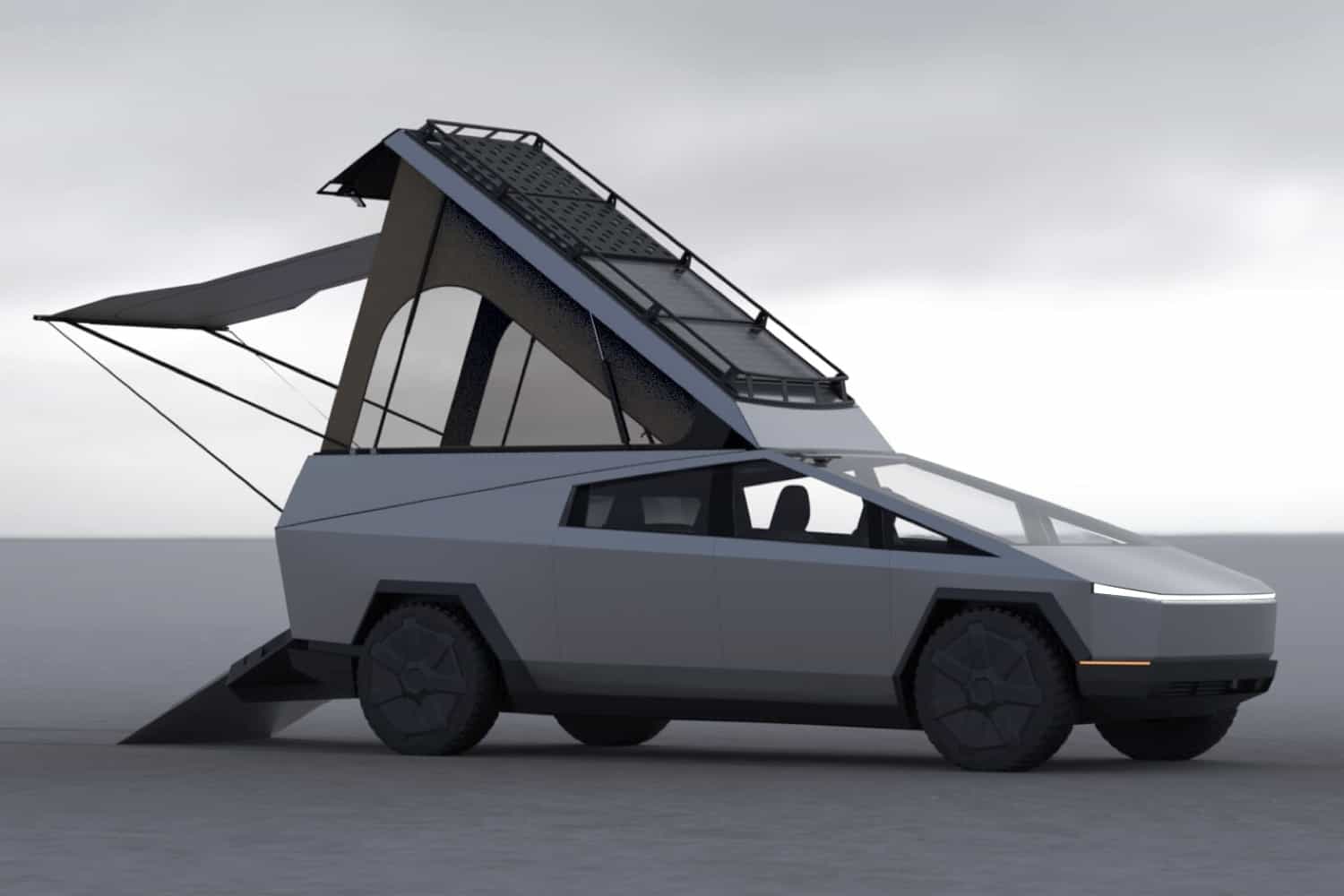 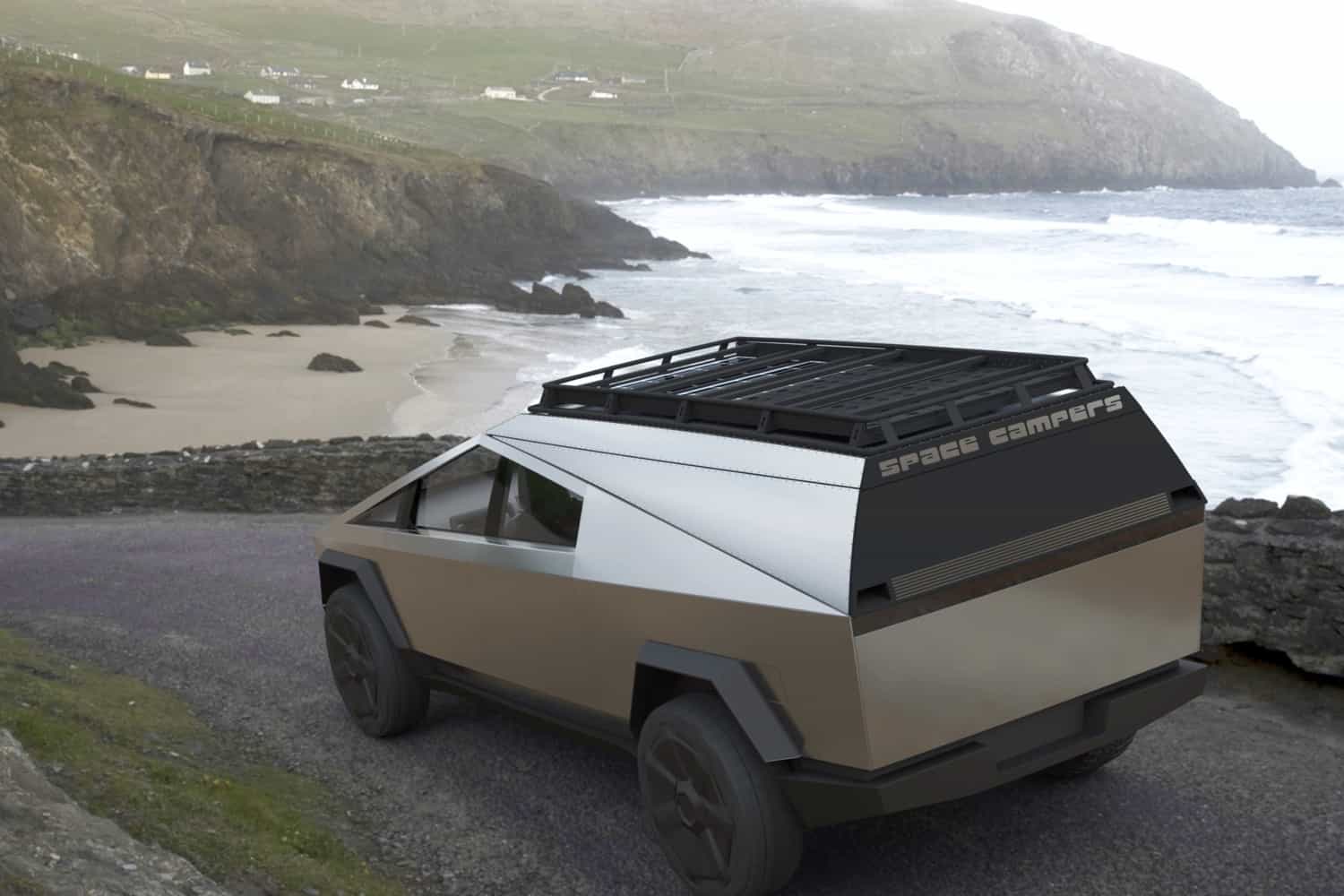 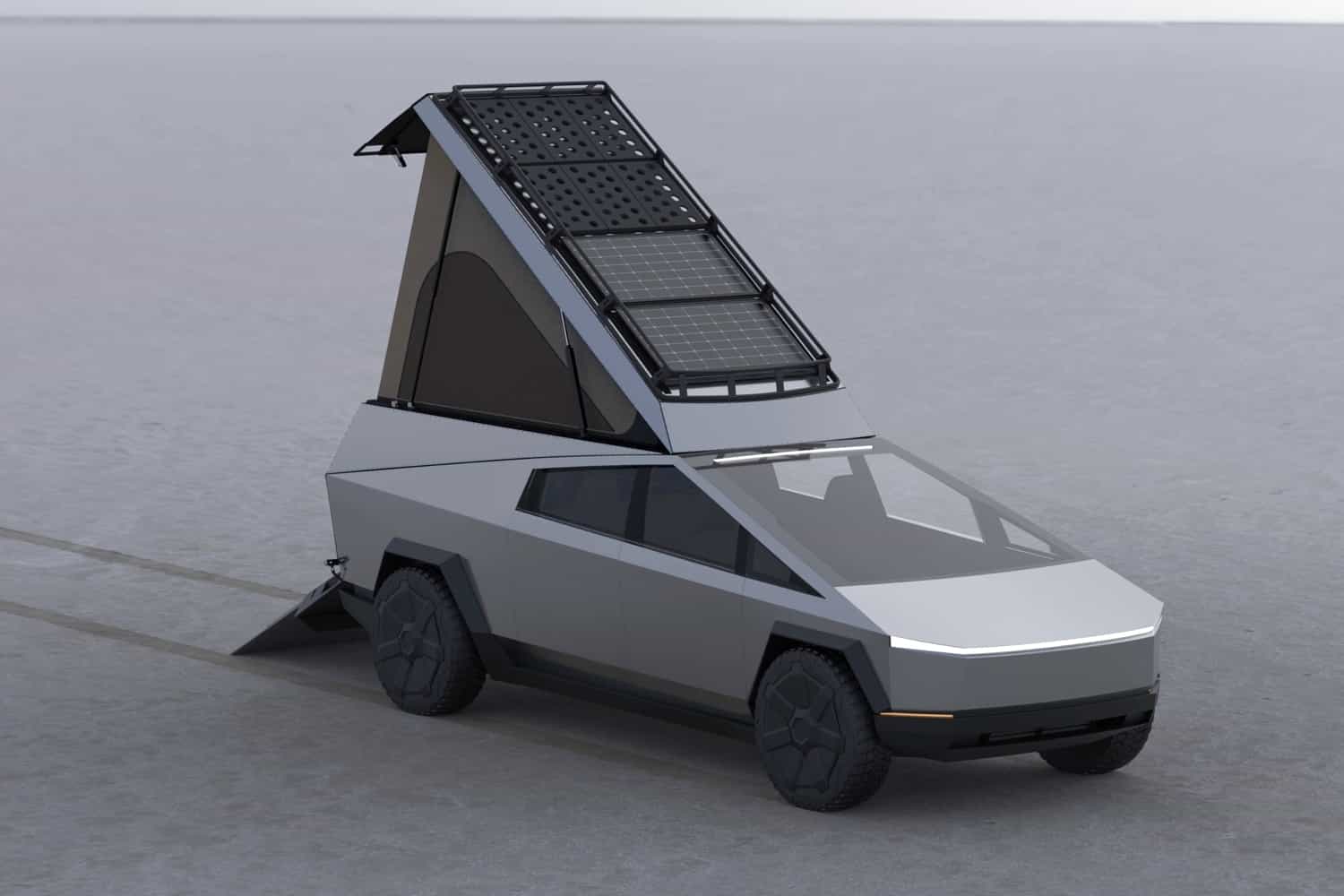 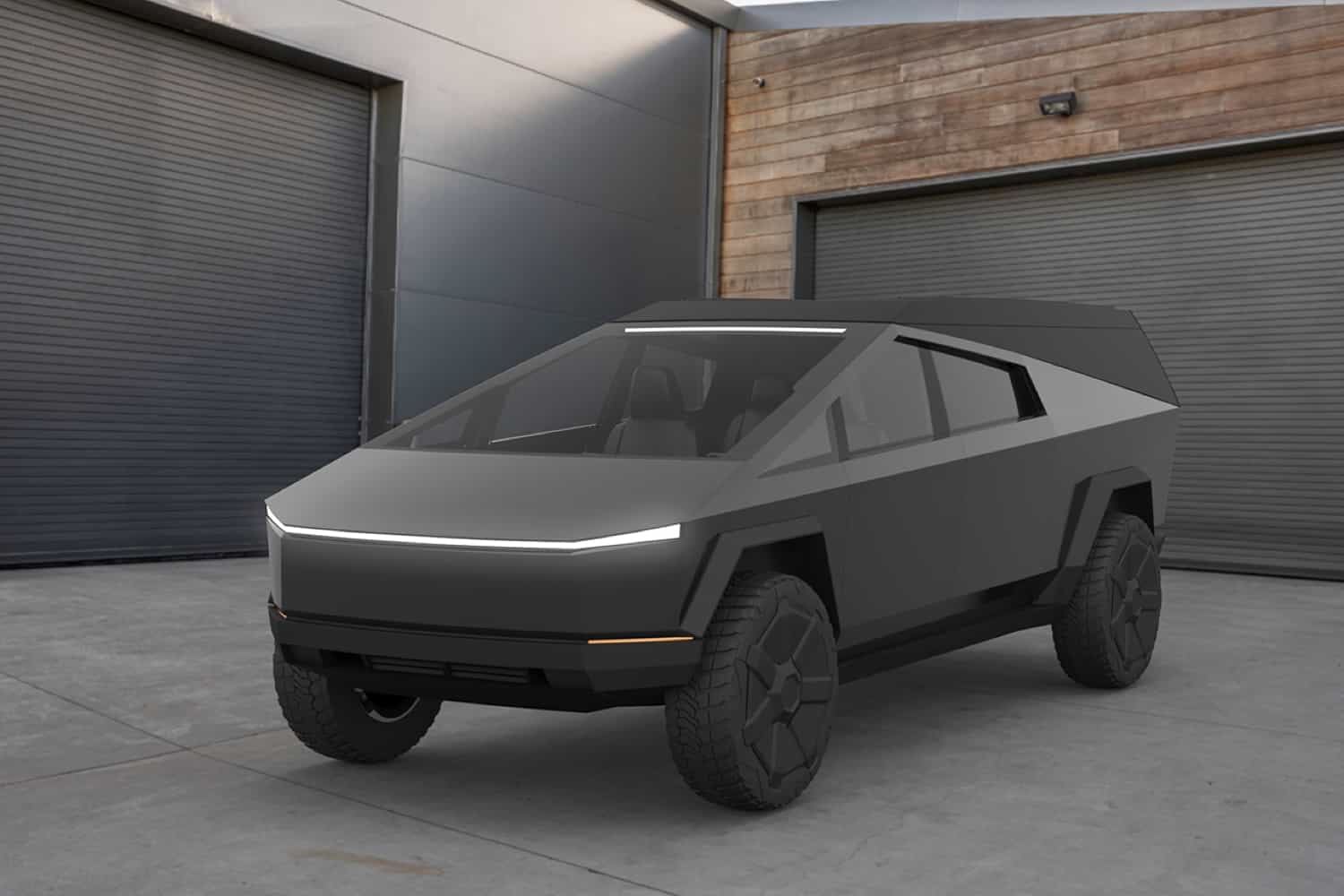 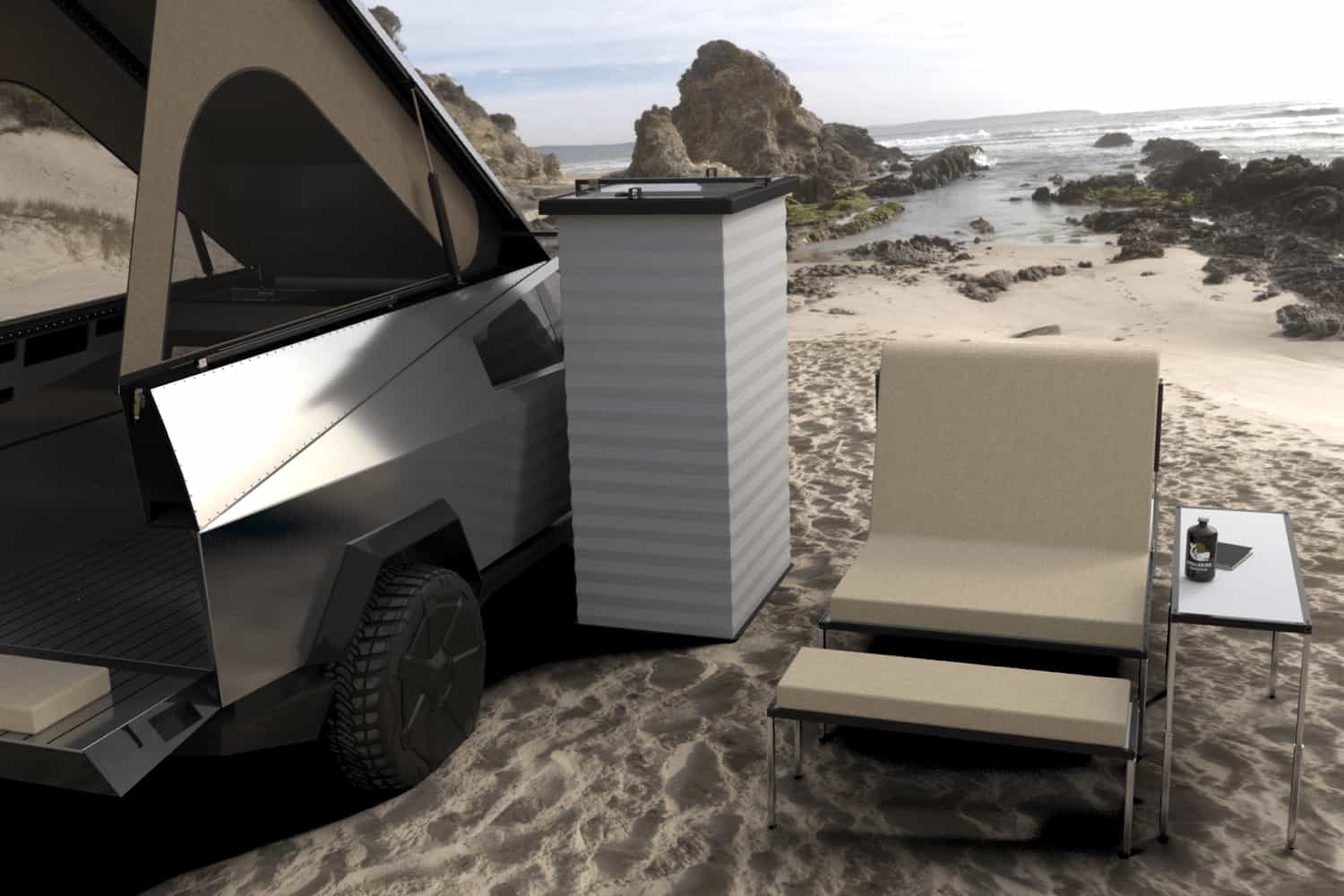 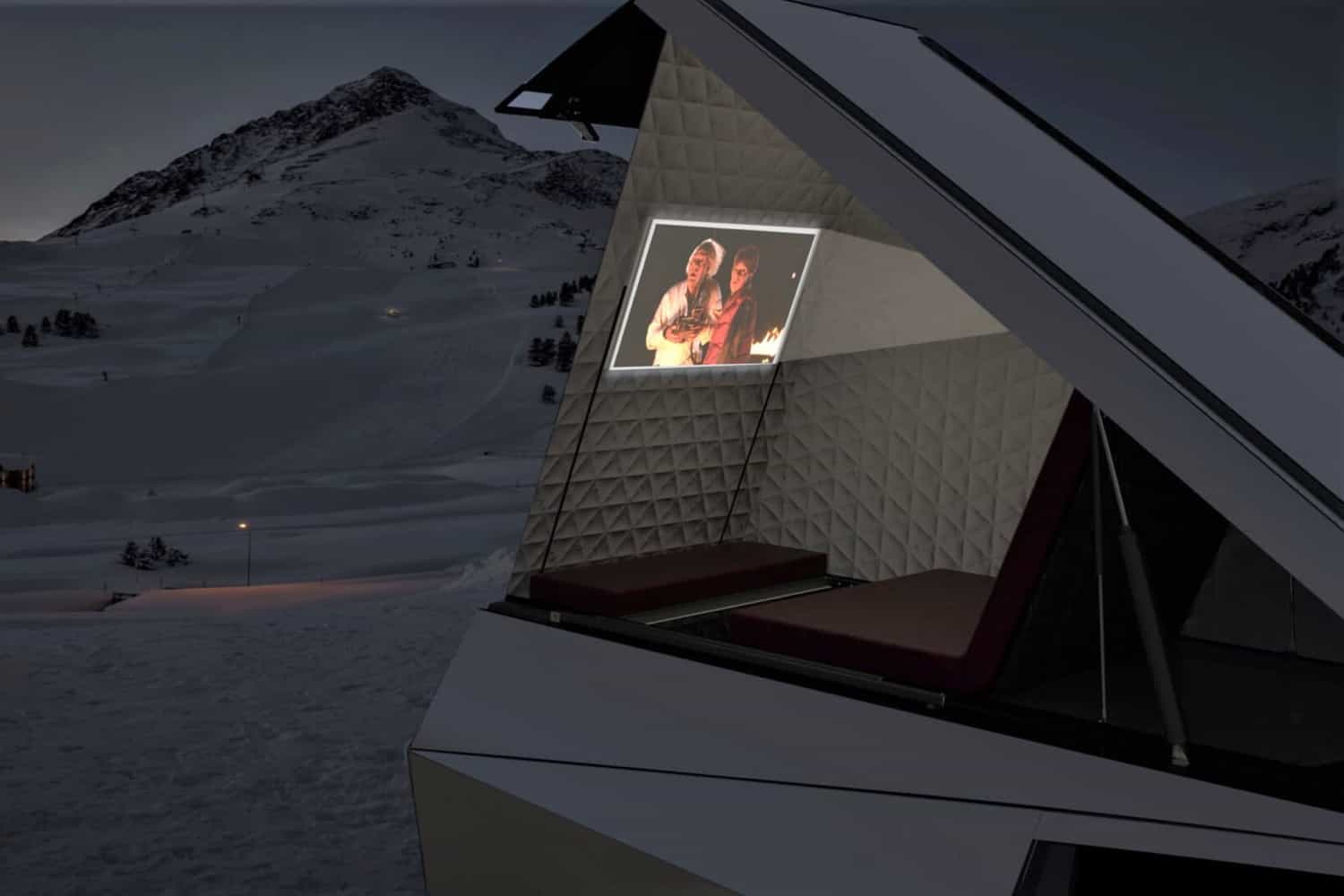 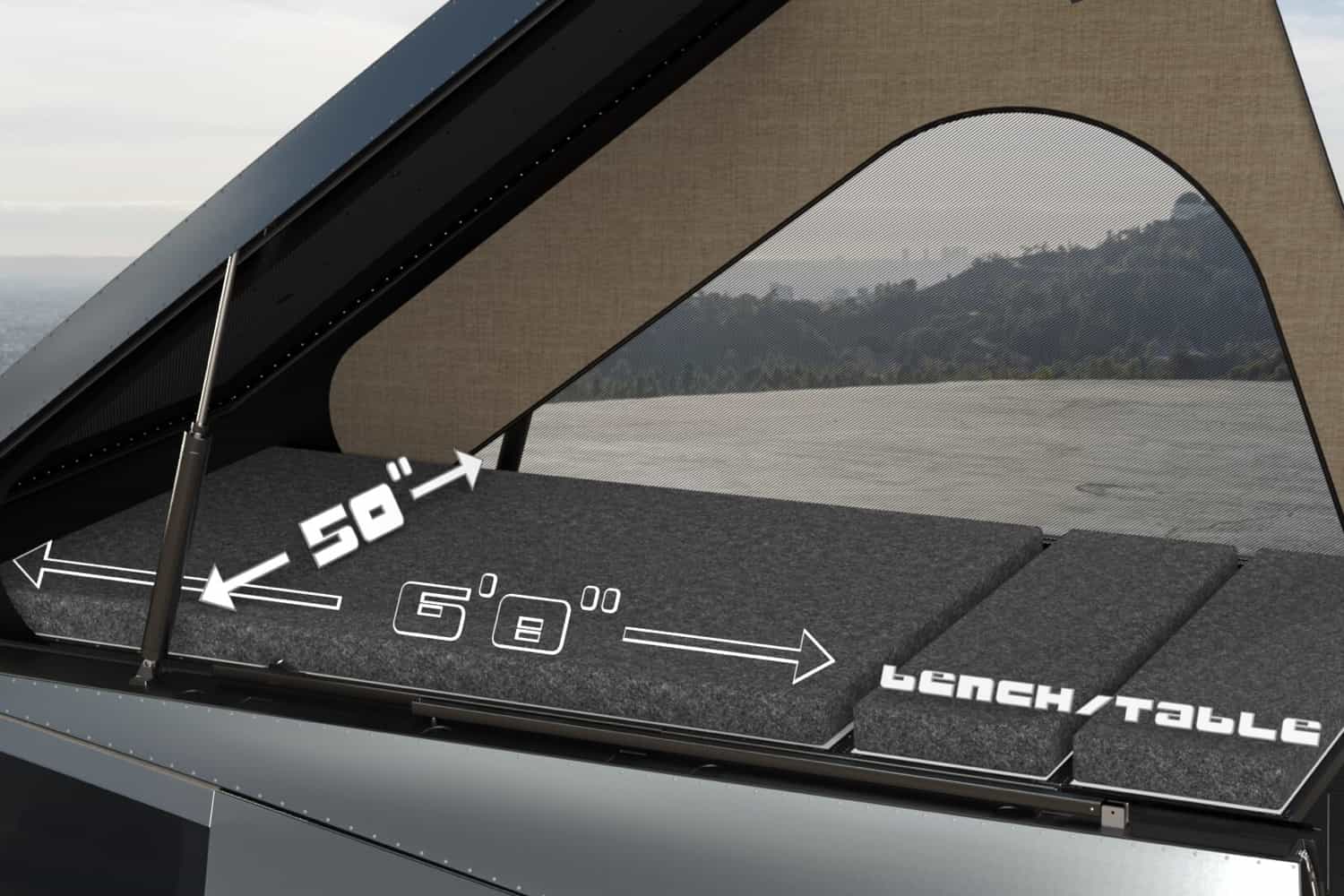 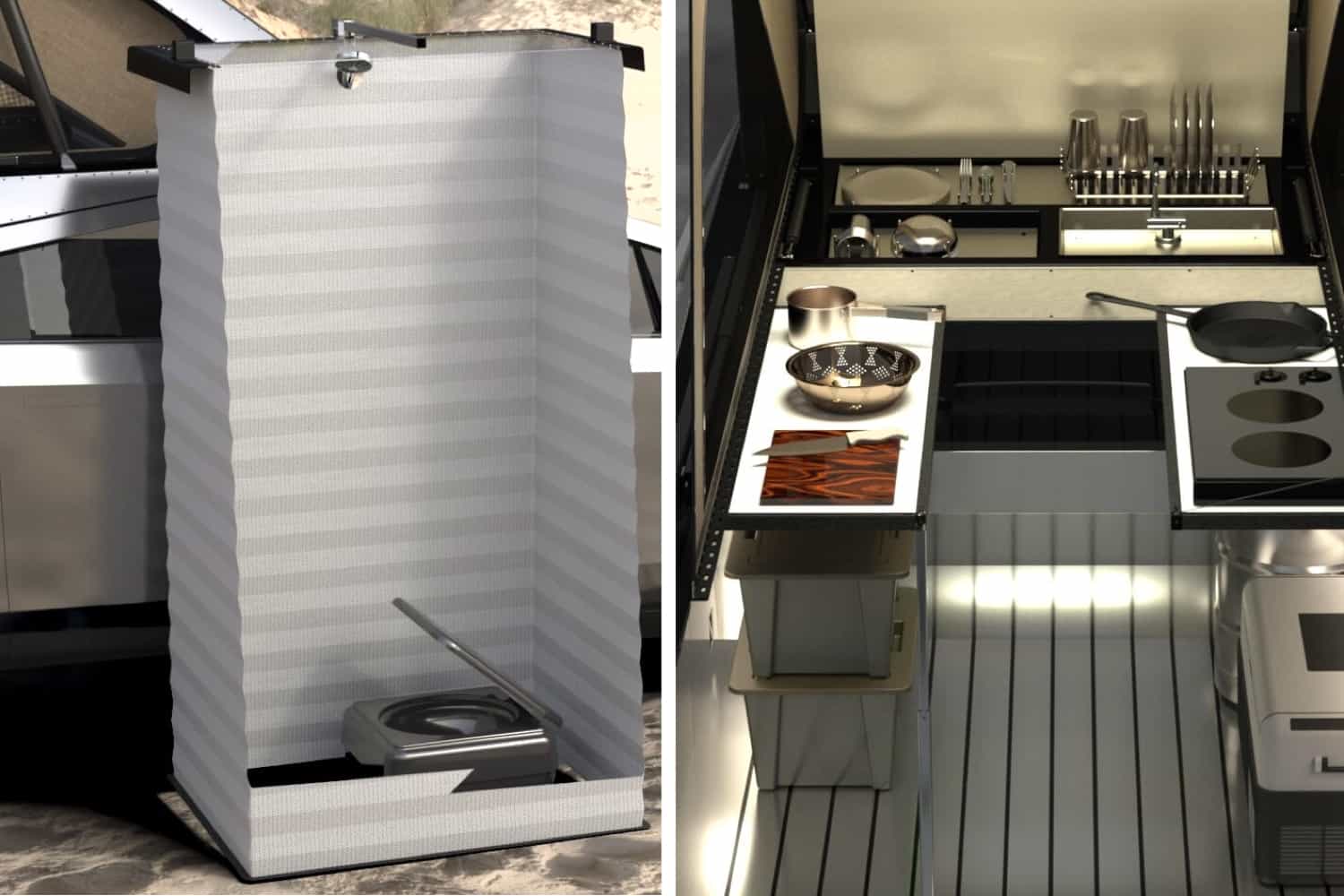 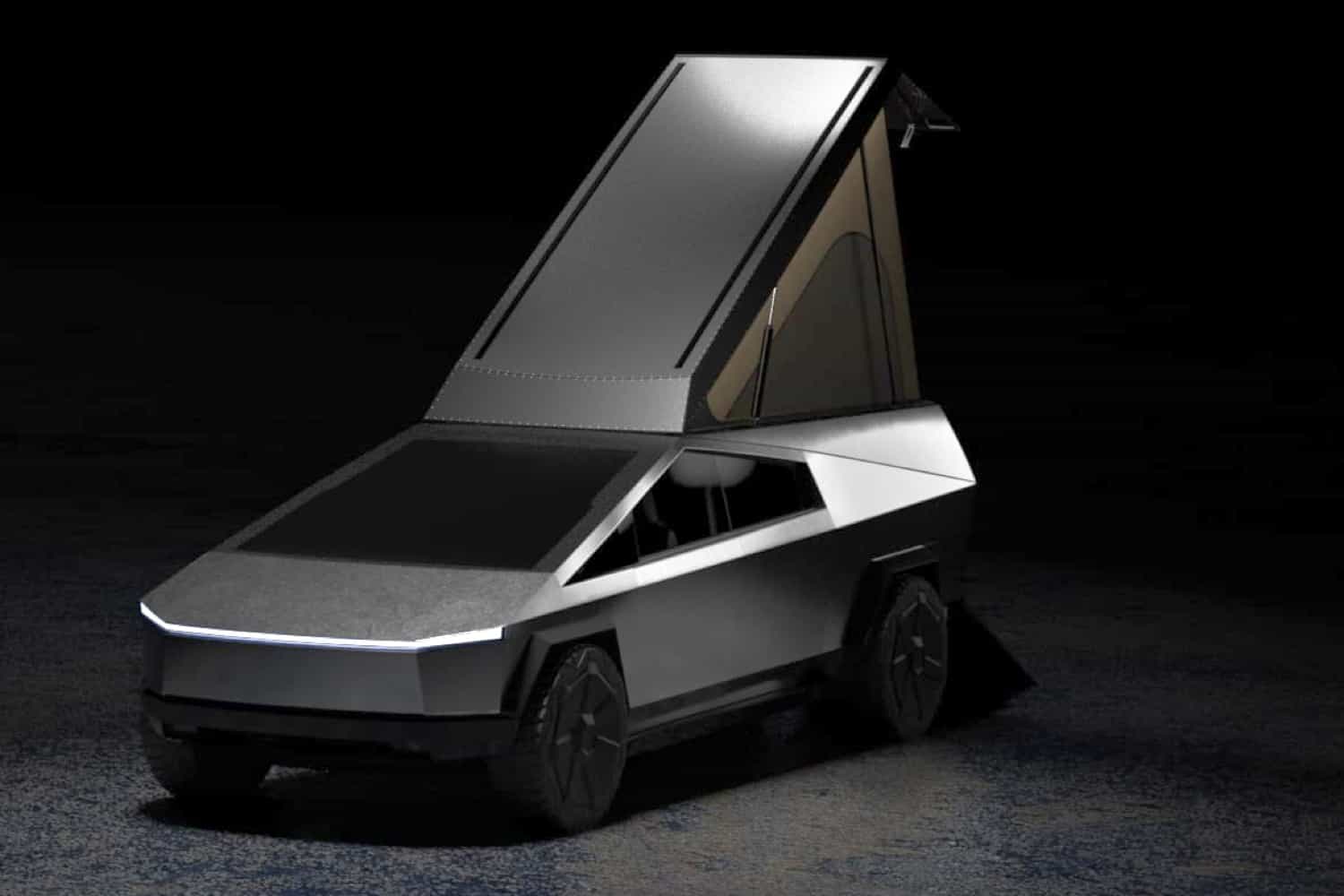 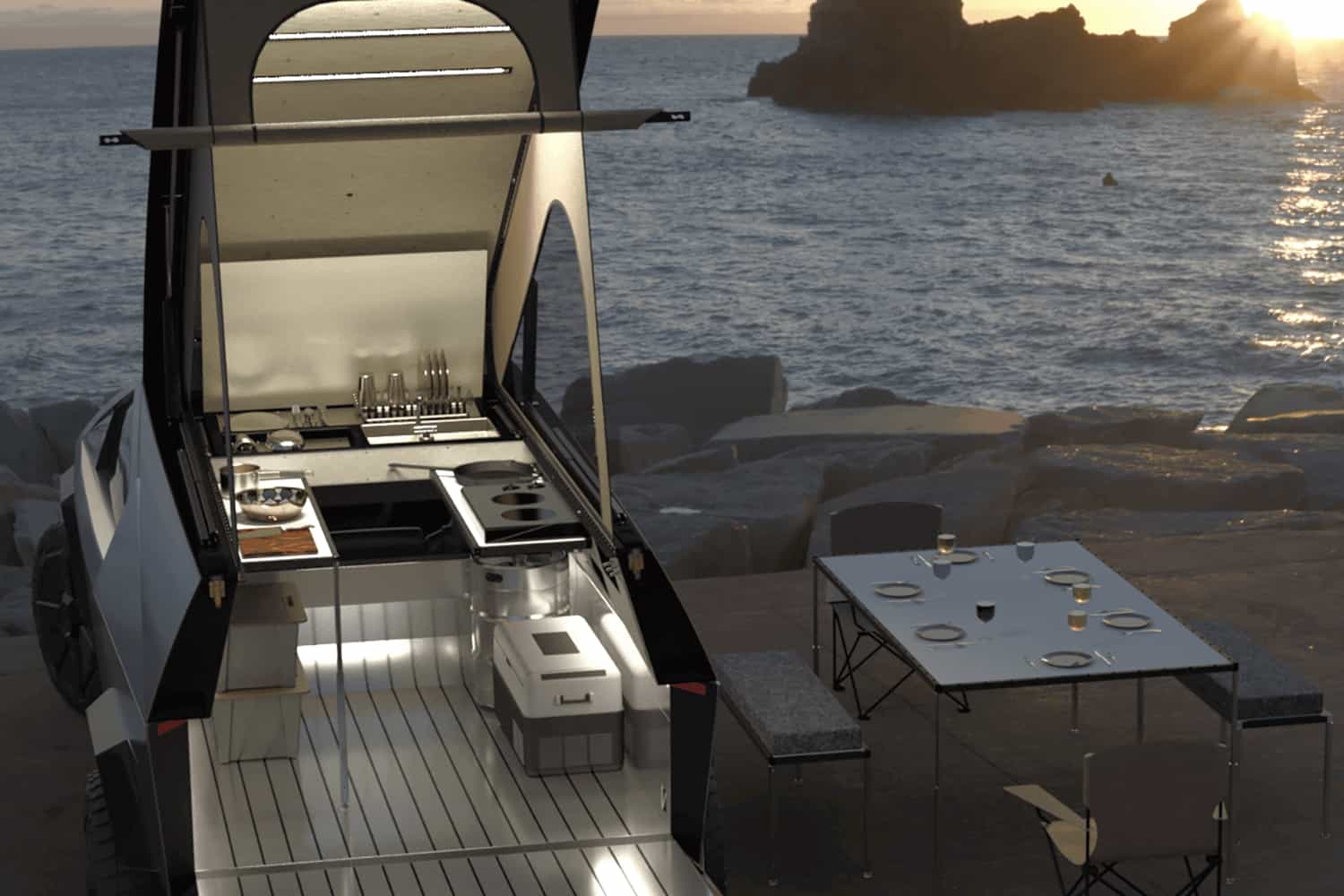 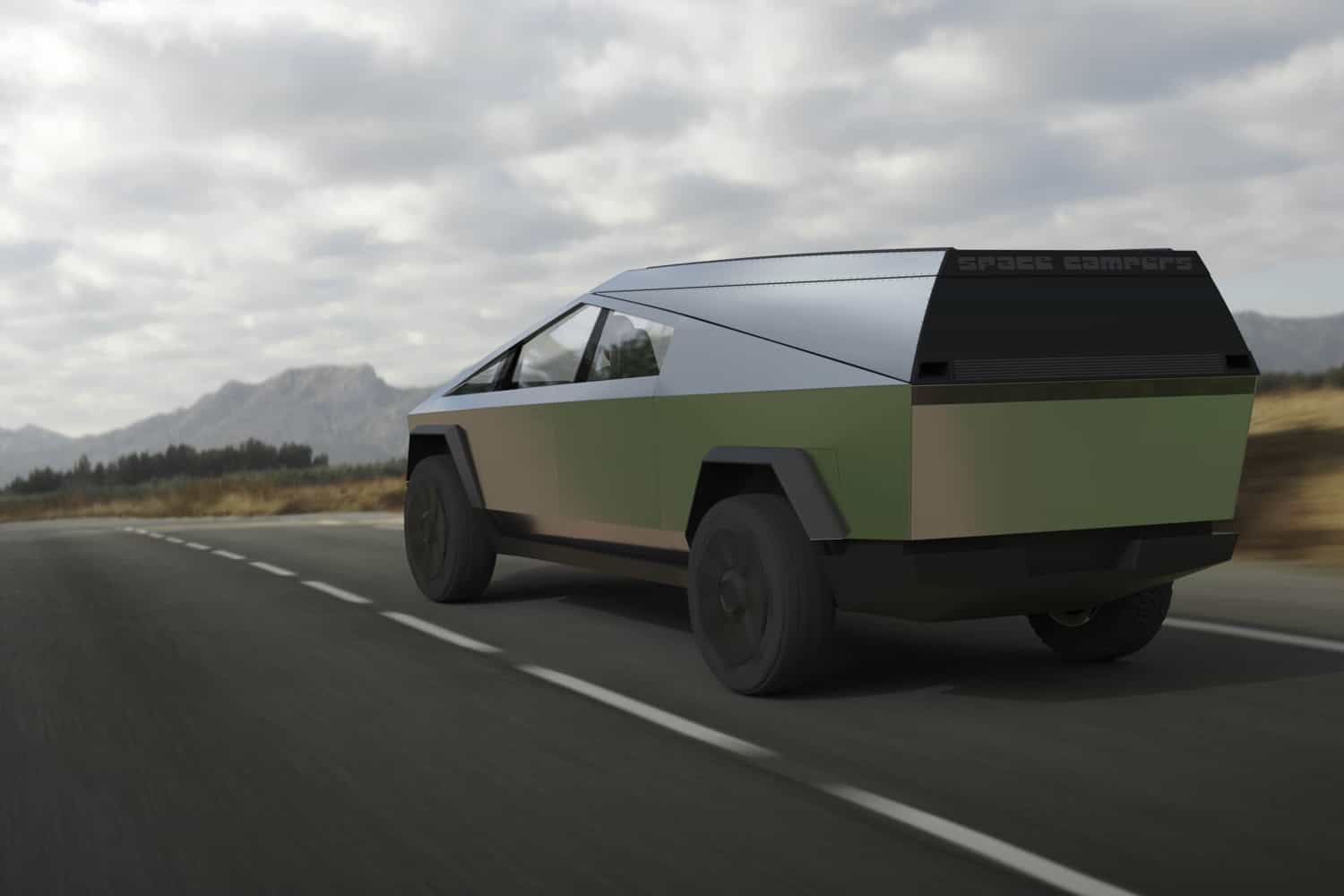 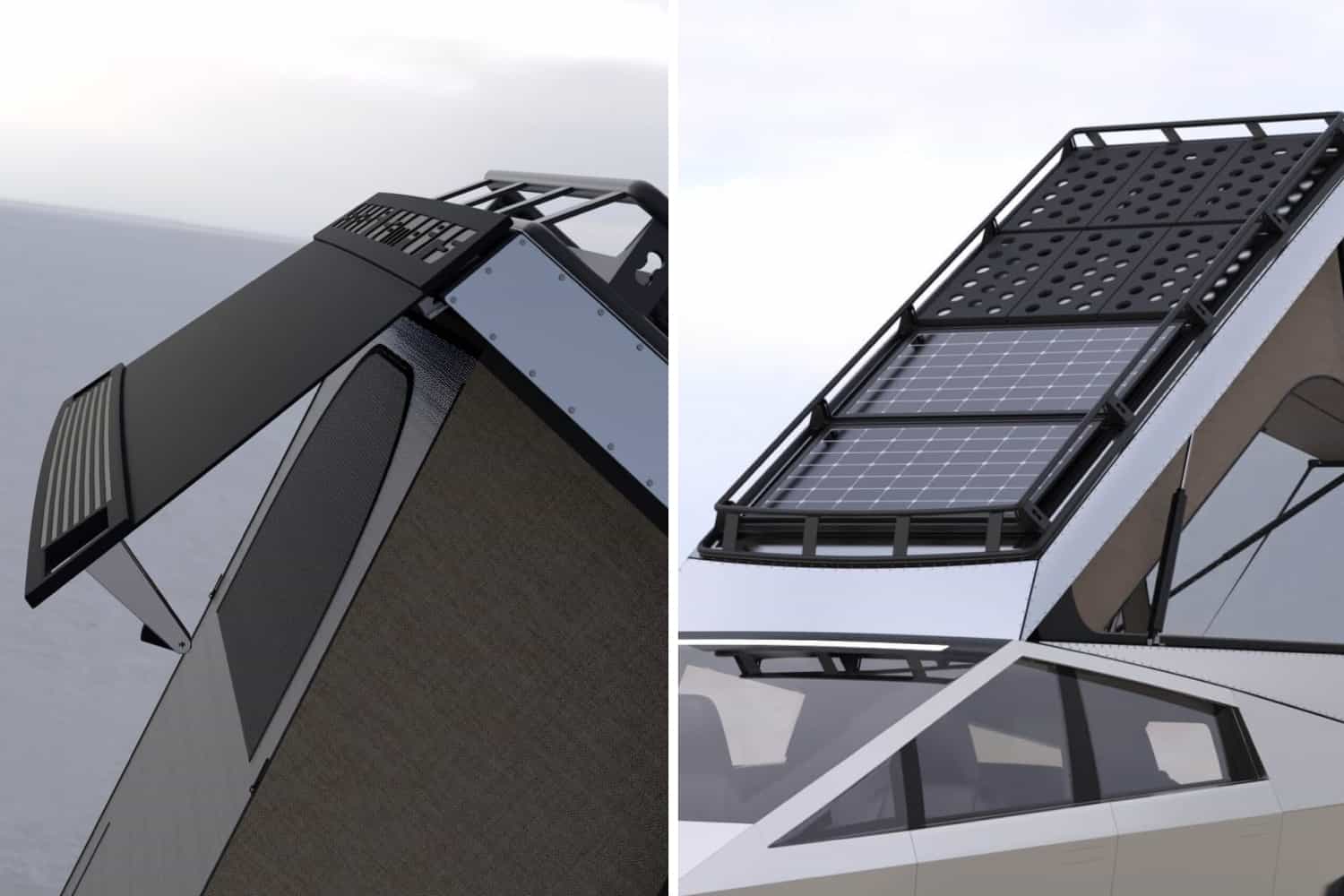 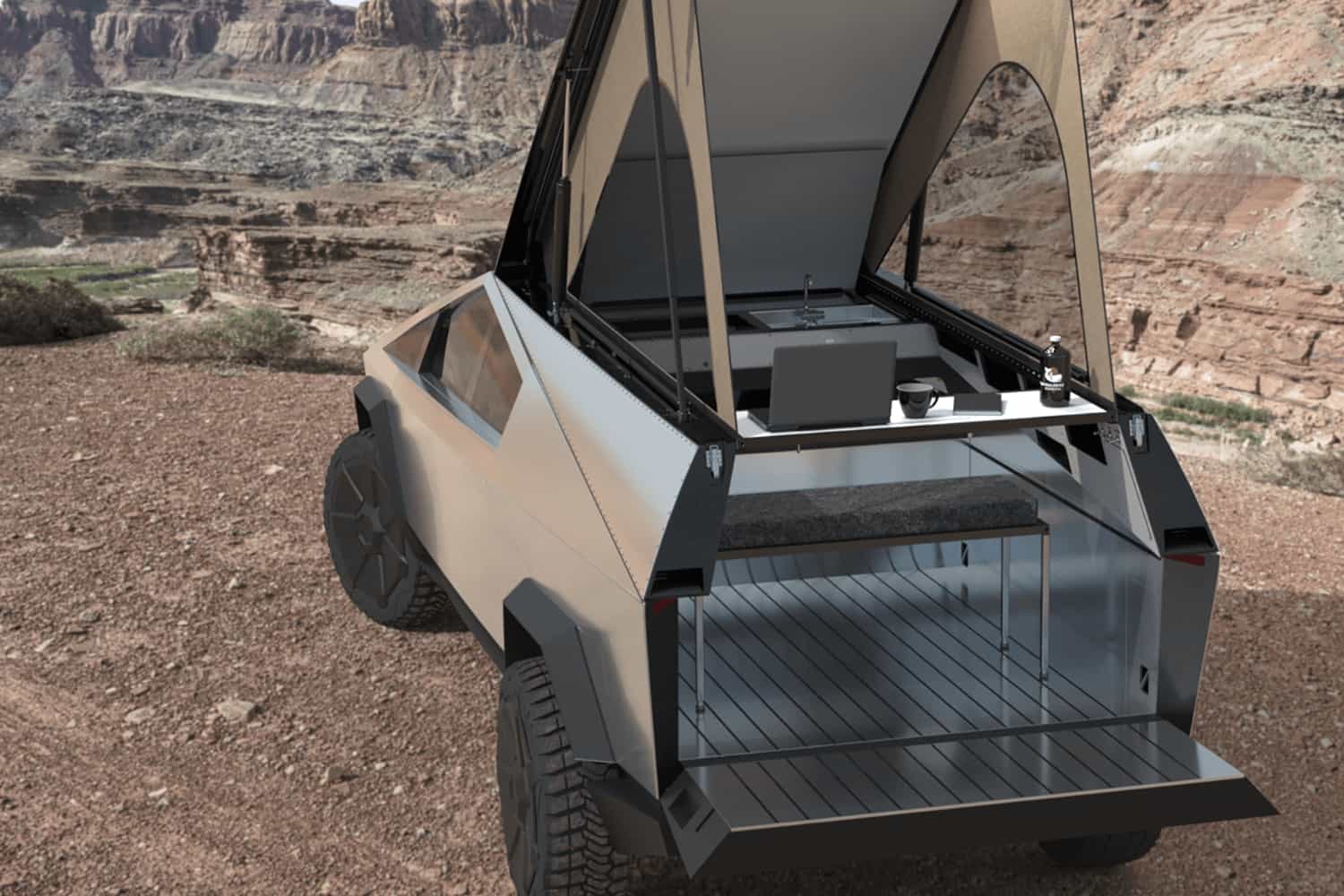 Like the Cybertruck, this nice concept is not in production

After the Cyber ​​Camper, the Form Camper, and the CyberLandr, here are the Space Campers, yet another camper box (or separable motorhome according to the OLF) designed expressly for the Tesla Cybertruck. Like those that preceded it, it is counting on the eventual launch of this long-awaited van. On the other hand, it has the advantage, more than its predecessors, of making the silhouette of this vehicle less forbidding.

The formula imagined for this concept in the making (because it has not yet reached the production stage) seems ingenious to say the least. Indeed, its shape harmonizes effectively with that of the van, not only from a purely aesthetic point of view but also by its aerodynamic qualities, when it is folded up.

Once deployed, thanks to the van's onboard air compressor, it would allow the two occupants to stand up thanks to the vertical clearance of 2.4 m in its highest part when the bed is stowed of course. Because the latter, which is designed like a wall bed, is embedded in the roof.

According to Space Campers, deploying its camper box would take about 30 seconds. Closing it, on the other hand, would require 2 minutes.

The electrical equipment that will be integrated into it - lighting, heating, induction hob, water heater, portable fridge, etc. —will be powered by the pickup truck’s battery, which could have a range of up to 800 km, according to Tesla.

The Cybertruck's adjustable air suspension would also be put to good use to easily install and remove this camper box.

ADDITIONAL MODULES TO BETTER EQUIP IT

The designers of the company Space Campers, established in San Luis Obispo in California, have also imagined various optional modules that the buyer could order. We think, for example, of the necessity to transform its interior part into a kitchenette, as well as an outdoor module combining shower and toilet, not to mention a set of solar panels fixed to the roof to recharge the battery.

According to its designers, this camper box would be made of composite materials which would allow it to weigh as little as 210 kg. However, the Californian company specifies that it is waiting to know the final specifications of the Cybertruck to specify its own data.

That doesn't stop it from offering this camper box right now starting at US$24,000. To this can be added a stainless steel "armor" weighing just under 60 kg, at an additional cost of US$8,000.

Its order book is already open and the company is accepting reservations in exchange for deposits of $100, $1,000, $5,000, or $10,000 USD. Naturally, the priority of delivery will go hand in hand with the magnitude of the amount paid.

“SUBSIDIZE” THE MANUFACTURER WHILE WAITING FOR THE PRODUCT

In a statement released by Space Campers a few days ago, we can read: “When the Cybertruck is available, your Space Campers will be too”. We, therefore, offer the consumer the principle of "pay now, receive later" for a concept that still seems far from production, just like, moreover, the van for which it is intended.

At the Future of the Car 2022 conference organized by the Financial Times this month, Elon Musk, the "pope" of Tesla, again announced a postponement of production of the Cybertruck. The first copies are now expected in 2023 and some consumers who have reserved one will have to wait until 2026 to get behind the wheel. And to think that in 2019, when it was unveiled, it was promised for 2021.

This essentially means that a consumer who chooses to pay a deposit of US$100 or more to Space Campers is subsidizing that company for a product with an unknown delivery date. The same goes for those who paid CA$150 to reserve a Cybertruck.

Related Articles
Tesla allows Shanghai employees to return home on the 10th, and the collective quarantine will be lifted after April