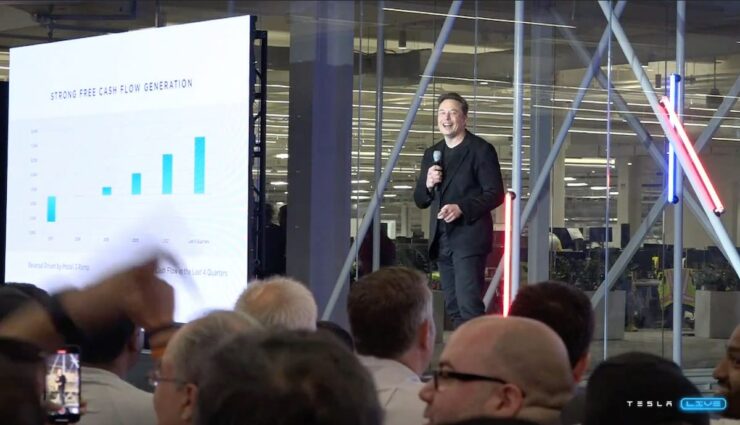 For many, the fun stops with football, but not for Tesla CEO Elon Musk. In Europe on Wednesday night, the entrepreneur known for his Twitter antics once again caused a stir by casually declaring he would be buying British club Manchester United. He is one of the most famous in the world and has millions of fans, but despite his star striker Cristiano Ronaldo, he has not achieved any sporting success for a long time. The news of the purchase by the Tesla boss, therefore, caused enthusiasm among supporters - but about four and a half hours later he disappointed them.

Exactly what prompted Musk to announce the purchase of the famous club on Tuesday night in the US is open. He published the message in response to his own post, in which he said he supported the left half of the Republican party and the right half of the Democratic party. "Besides, I'd love to buy Manchester United," the Tesla boss replied carelessly to himself five minutes later.

With that, the news broke, and business agencies had little choice but to act on it. It's true that Musk's Twitter posts often don't really show how serious they are meant, but he has recently shown himself to be willing to buy outside of his core missions with the offer to take over Twitter itself, and ManU is at least on the stock exchange written down. In addition, followers asked about the alleged purchase within minutes, but the Tesla boss did not respond to that at first.

Thus, the first reports of Musk's announced intention to buy appeared that night, and fan clubs were happy about the prospect of a breath of fresh air (and maybe fresh money) for their club. After four and a half hours, however, disappointment followed. "No," the Tesla CEO answered late at around 6:30 a.m. German time when asked about it. A new owner for the popular club is just an old Twitter joke and he himself has no plans to buy any sports teams.

According to news agency Reuters, Manchester United themselves have 30 million followers on Twitter, and several fan clubs expressed disappointment at the cancellation following the announcement. As a possible consolation for her, Musk wrote that if he did want to buy a club, this would be it because the team was his favorite when he was a kid. First of all, however, the Tesla boss has to deal with the process of his Twitter takeover. After entering into a binding purchase agreement with the board, he canceled it in July over alleged misconduct by the Twitter page.