Tesla Model Y Ahead Of Mercedes Glc In Europe, Could Lead The Entire Premium Class 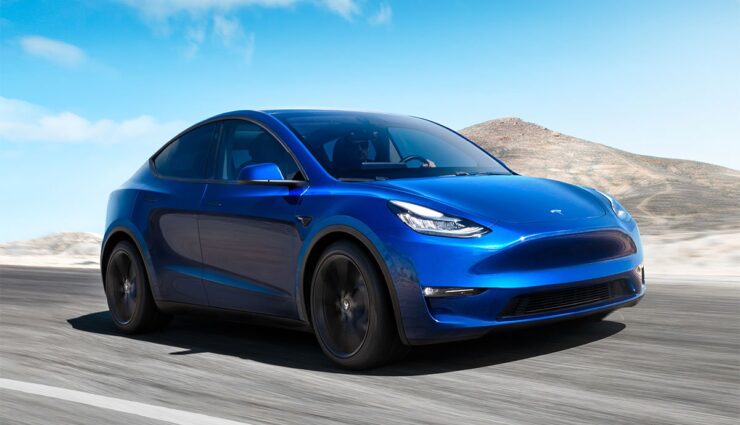 Tesla is clearly focusing on the Model Y. The new gigafactories in Germany and Texas will initially only produce this model, and in China, too, almost two-thirds of the 1.1 million electric cars per year that are now reported to be possible will be the crossover SUV act. According to Tesla CEO Elon Musk, by 2022 it could be the car with the highest sales value of all classes worldwide and in 2023 it could also be the global bestseller in terms of the sheer number of units. And as has now become known, the Model Y has at least already taken the lead in its own segment in Europe – and could soon lead the entire premium category as well.

Model Y is now in front of Mercedes GLC

So far, the premium mid-size SUV segment in Europe has been occupied by the Mercedes GLC, Automotive News Europe reported last week, citing data from Dataforce. In the first half of 2022, however, the German car ceded this position to the Model Y: According to the information in the most important markets in Europe, the conventional Mercedes was sold 40,554 times, the electric Tesla 41,851 times. The BMW X3 followed in third place with some distance and a good 31,000 sales.

The Model Y has been very successful in the European market and promises further growth, a Dataforce analyst told Automotive News. According to the publication, it could next overtake the Audi A3 to become the best-selling car of all powertrains in the entire premium segment. In the first half of 2002, the Audi sold almost 52,000 units, so the gap is still around 10,000 units.

It should be noted that neither Tesla nor established manufacturers were able to produce as many cars as they wanted and probably could have sold in the first half of the year. At Tesla, corona lockdowns in China intervened, at others, chip shortages continued to be felt and in Europe the Russian attack on Ukraine. According to Automotive News, sales of four of the five most popular models in the compact premium class fell.

According to the report, whether Tesla can overtake them all with the Model Y will also depend on demand for it, as production capacity continues to increase. After a slow start, the German Gigafactory produced 1000 Model Y in one week for the first time in June, according to Tesla; In late July, CEO Elon Musk reiterated that it should multiply by the end of this year or early 2023. And in China, too, the focus seems to be clear on the crossover SUV: With modifications in July, Tesla is said to have increased the capacity of its factory there to 22,000 electric cars per week, of which 14,000 or around 64 percent are Model Y.