Tesla no longer needs to make compromises, according to IR boss 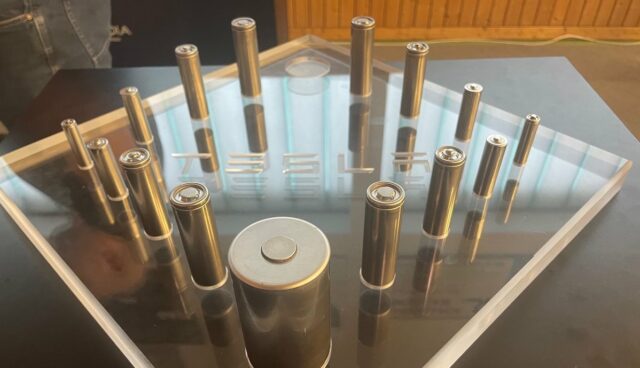 Tesla's energy business always has to scale back if batteries, other components, or even people are scarce. At least that's how CEO Elon Musk explains it, that Tesla's development in this division, unlike the production and sales of electric vehicles, is volatile. The battery shortage appears to be the most persistent in the industry. For the first time, Tesla has now secured enough funding to also supply the energy industry with its coveted Powerwall and Megapack stationary storage systems, according to its head of investor relations (IR).

Tesla has no battery shortages for the first time

CEO Musk said the biggest hurdle in moving to sustainable energy is batteries and the raw materials and materials they require. He recently told Lithium that it would go far down the supply chain itself if needed and that Tesla's metal refinery is in the works in the US. However, Martin Viecha, a contact with Tesla's big investor, said that initially, the company will make good use of off-the-shelf batteries from external sources, Business Insider reported Monday.

At the Goldman Sachs Technology Conference, Viecha gave financial professionals a five-year outlook, the online publication quoted attendees as saying. On the core topic of batteries, the investor advisor explained that about 90% of the available capacity will be for electric vehicles, with the remaining 10% for stationary storage. And according to him, for the first time in Tesla's history, no compromises have to be made: There are now enough batteries for the car and the permanently installed ones.

Another focus of Viecha's presentation, according to Business Insider, was the cost of producing electric vehicles. He explained that at Tesla, they have dropped from $84,000 per piece in 2017 to $36,000 now. Almost all of this is achieved not by lowering battery prices, but by vehicles designed for the simplest possible production and by new factory designs. Fremont's main factory has increased average costs, which, according to Viecha, means the higher the proportion of new gigafactories in Tesla's production, the lower their costs become. In general, electric vehicles are so different from internal combustion engines that they can be said to be the third revolution in car manufacturing after the Model Ts of Ford and Toyota in the 1970s.

Reported that Viecha is not ruling out electric cars below the Model 3 and Model Y, which has been announced by CEO Musk: Tesla needs a more affordable offer to get the company-operated Robo-taxi into the market, he said. The unexpectedly high demand for Model 3 and Model Y is not urgent. Next year, the Model Y will be the world's best-selling car of all classes and eras, Viecha repeated CEO Elon Musk's previous predictions.

Viecha is also on Musk's line when it comes to the goal of autonomous driving or at least the assistive software that Tesla calls FSD. After several years in a row, the CEO promised an imminent solution to the self-driving problem, but he seemed more cautious: One million Tesla customers should have a beta version of the FSD software by the end of the year, he said in May. At the end of August, he announced in Norway that one of his two major goals for 2022 was “to achieve a widespread release of autonomous driving, at least in the United States.”

According to Business Insider, his investment advisor Viecha said FSD could roll out to the entire Tesla fleet in the U.S. by the end of the year. He describes it as "monitored autonomous driving" that will pave the way for truly autonomous driving, including more massive data collection and artificial intelligence.

Tesla to start battery production at Giga Berlin next year