300 hectares are not enough for Tesla: residents want to protect nature in Grünheide and have written an open letter to Elon Musk and local politicians. 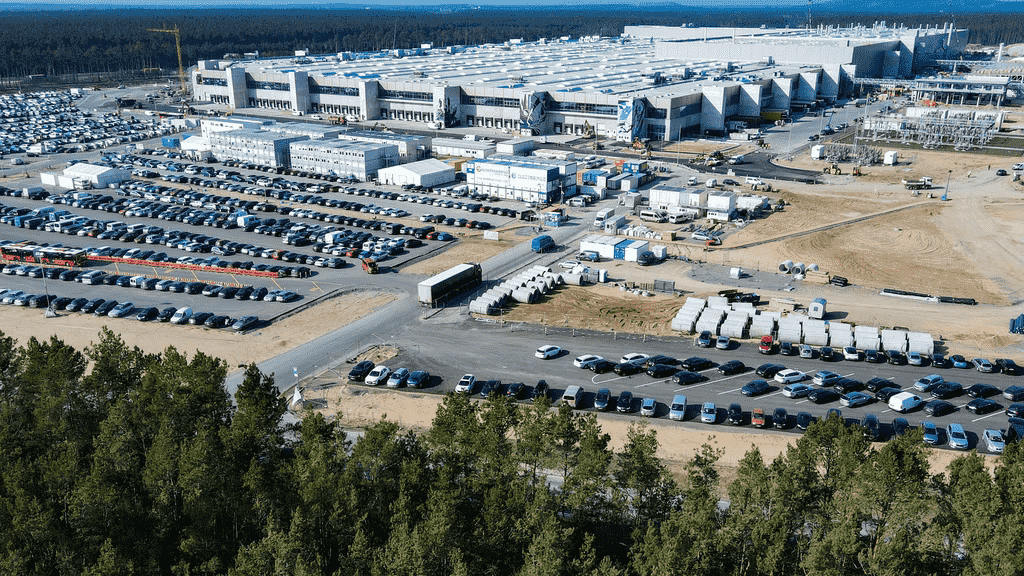 Up to 500,000 electric cars are to be built annually in the first European Tesla factory near Grünheide.

Berlin - Well, yes. The first European factory of the US electric car manufacturer Tesla is to be expanded. The group of billionaire Elon Musk has written a corresponding letter to the mayor of the municipality of Grünheide (Oder-Spree) and wants to get 110 hectares.

The association for nature and landscape in Brandenburg and the citizens' initiative Grünheide are now calling on the municipal representatives to reject the "installation decision" and to stop the environmental destruction. An open letter reads: "Stop Tesla - save the forest!"

The critics refer to a letter from Tesla to the mayor of Grünheide on May 17th. The group thanks them for their support with the settlement. It also states that there are now 4,000 new jobs in the plant and 145 training and study places.

Tesla is now applying for the "preparation of a new development plan for the areas adjacent to the Tesla plant property to the east". There is currently a forest there. This is where the plant will be connected to the railway. It should be optimized and "overplanned".

Years ago Tesla bought a 300-hectare property. There was a pine forest there, but there had long been a development plan for commercial use. A German car manufacturer originally wanted to set up a plant there 20 years ago but decided otherwise. Because of the finished B-Plan, Tesla was allowed to clear the forest and build. Now an additional 170 hectares are to be added, of which 110 hectares are “unplanned”. That means: It's just nature, in this case forest, for which there are no development plans.

According to the critics, this is the decisive difference. There were plans for the old plots, but not for the new ones. From the opponents’ point of view, giving up the new area to Tesla is only permissible “if public interests are not impaired”. But this is the case here because "interests of nature conservation and landscape conservation, soil protection, monument protection" would be adversely affected. "That would undoubtedly happen if the project were implemented," it says. Because the forest conversion has been successfully carried out there by the state forestry agency since the 1990s.

Tesla wants to use the area as an "industrial, logistics and sales location". In addition to the transport connection, training buildings and the like are also to be built there. Due to the massive criticism of water consumption, Tesla points out that this will not increase significantly as a result of the expansion.

The water is a major criticism. Because most of the plant is in a drinking water protection area and needs as much water as a small town. But the regional water association is already having difficulties in ensuring the supply of the new plant and the population.