English
Home
/
NEWS
/
The most popular electric car in the world, the Tesla Model Y

The most popular electric car in the world, the Tesla Model Y 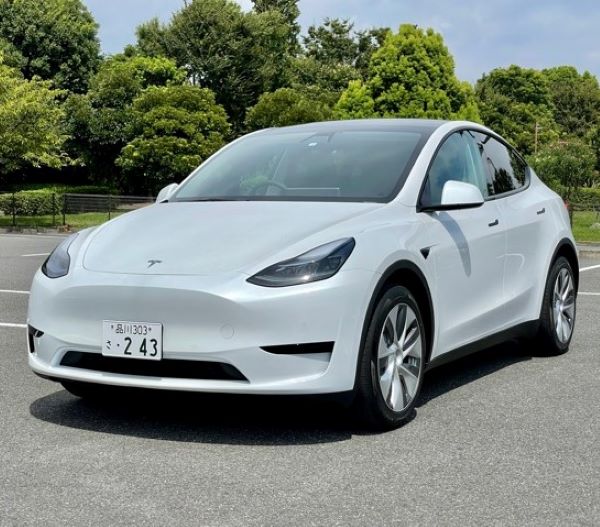 "Globally, Model Y is selling better. This year, factories in Berlin and Texas will open and production will increase, so the number of Model Y should exceed Model 3."

The Tesla Model Y, the world's best-selling battery electric car, has finally landed in Japan. It will be released in June and will be delivered sequentially from August.

This is a mid-size SUV that was released in North America about two years ago and is a higher version of the existing EV sedan, the Model 3. The global sales results only report combined Model 3 and Model Y sales, but will reach about 930,000 units by 2022. It is by far the world's first battery EV series, about 20 times larger than the Nissan LEAF, with annual sales of about 50,000 units. Considering that Leaf finally achieved a cumulative sales of 500,000 units in about 10 years, you can feel its popularity. Although this car is more expensive than Tesla.

Although it is the basic Y, the frame and design taste is of course the same as the basic 3. There are two grades: single motor rear drive "RWD" and front and rear dual motor "performance". The former has peak power and torque of 220kW and 350Nm, while the latter has 158kW and 240Nm from the front motor and 235kW and 450Nm from the rear, which is slightly slower than the Model 3. That said, it's still significantly faster than a gasoline SUV.

However, it has a higher eyepoint than the Model 3, a wider field of view, and an easier drive. The rear seats also have wide overhead openings and high openings for easy entry and exit for adult men. It also has a slope that Model 3 doesn't have. The trunk is also very wide, with a capacity of around 900 liters. If you're used to modern minivans and SUVs, it should be better than the Model 3 except for width and price.

The overly simple interior is also inherited from the Model 3. A giant 15-inch display towers over the center of the dashboard, looking like an apartment building of inorganic concrete. And various settings and operations are via touch, but I thought it was the same as the Model 3 I rode a few years ago, but it turned out to be very different.

Yes, just like the smartphone screen and feel is very different now than it was two years ago, the Model 3 I used to ride is completely different from the Model Y I ride now. That's because it's been heavily updated, including graphics.

The functions are significantly increased, the air conditioner senses that there is no one in the front or the rear, and the wind will not be partially blown out, there are more dedicated APP icons, and the frequently used icons can be listed at the bottom of the display just like a smartphone. Driver assistance features are constantly being updated to detect white lines and stop lights automatically in the US, where regulations are lax.

Not only is the Model Y more spacious and practical than the Model 3, but it's also more convenient to use as if the smartphone operating system had been upgraded.

Prices are really high from $45909. Especially compared to the Model 3, which sold for less than $35655 last year, it feels expensive.

But someone fascinated by the smartphone-like evolution of this unique car would buy it, right? I feel so too. The Tesla Model Y is one such car.

Will the Tesla Model S and X Plaid become the favorite luxury cars of the French?