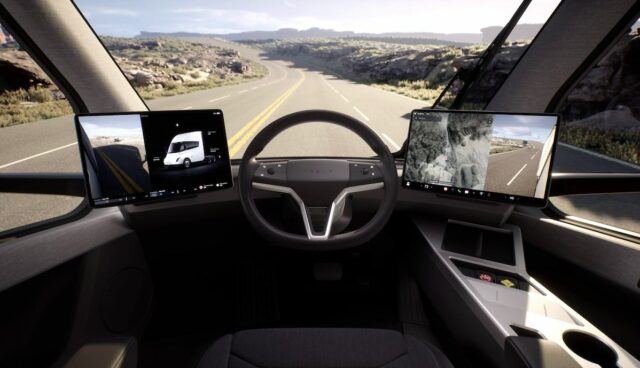 Tesla only answers inquiries from journalists in exceptional cases, but for media who still want to report, the company has a well-stocked image gallery on the Internet. As a private German observer first discovered, it was also updated over the weekend: Tesla posted a series of new pictures of its semi-trailer truck, which CEO Elon Musk says should be delivered before the end of the year. The design of the cockpit can be seen well for the first time - and it aroused speculation with a view to Tesla Model 3 and Model Y.

The first customers should get the Tesla Semi later this year, in the version with a range of 500 miles, CEO Musk announced in mid-August. That came as a surprise because the electric semi-trailer was originally supposed to be produced in 2019, but Musk had postponed it to 2023 this April. His statements were more specific recently about the Cybertruck pickup, which is also overdue and is now scheduled to go into production at the Tesla factory in Texas in mid-2023.

If the semi actually comes in 2022, it would have overtaken the cyber track again. The new pictures that Tesla published in its media gallery also speak for at least more concrete plans. The Cybertruck photos there seem to be from the presentation in November 2019. According to the German student @tesla_adri, who is often the first to notice something like this thanks to a script, the semi is almost all new. 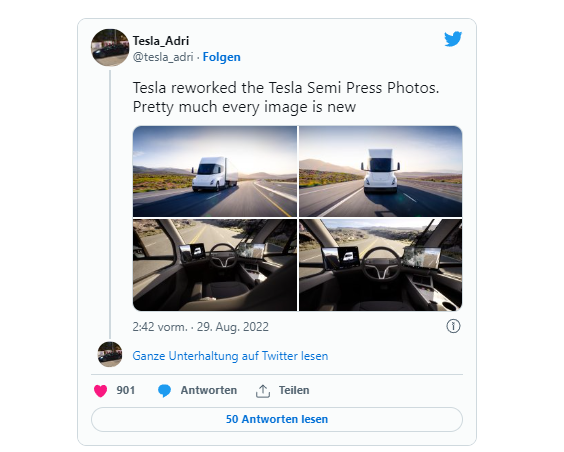 As a result, you can now look more closely into the cockpit of the electric truck than before. With the refreshment of the Model S and Model X, Tesla had taken its minimalism even further: the steering wheel became angular and without the upper half for the yoke, and the levers for the turn signals and lights as well as driving levels on the left and right of it were eliminated. And as you can see from the new semi-images, Tesla seems to have opted for a mix between old and new here: in the cockpit, there is a normal round steering wheel, but like in the premium electric cars there are no side levers.

Model 3 and Y soon without levers?

The new shots are sharp enough to recognize that the semi should be blinking like in Model S and Model X: with the help of two touch buttons on the left side of the steering wheel (or the yoke). The operation of the light also seems to have migrated to the rudder. The new Model S and Model X shift between the gears automatically with computer intelligence, in addition there is an adjustment for this on the side of the touchscreen and semi-physically in the center console. These details cannot be seen in the semi-photos but should be solved in a similar way. 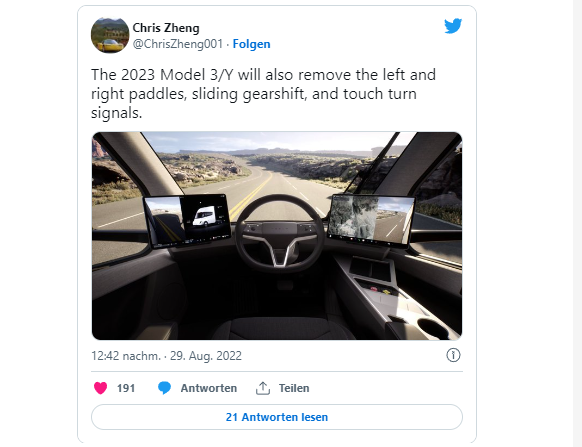 Whether the modern yoke offers practical advantages in addition to optical ones is controversial even among Tesla supporters. Along with its shape, the accommodation of both turn signal directions on one side was criticized in part, which made operation difficult when the control was turned. However, Tesla does not seem to be dissuaded. The company has confirmed the first deliveries of Model X with yoke in Europe before the end of the year to Swiss customers, and the semi-images suggest that no steering wheel levers will become the new norm. In fact, they will also be dropped from Model 3 and Model Y next year, wrote the often well-informed observer @ChrisZheng001, although it was not entirely clear whether this is still speculation or already a rumor.