Tesla Model Y vs Volkswagen Id.5: Which Is The Best Electric Car?

In the world of electric SUVs, more and more references are appearing, and today we have chosen to put the Tesla Model Y and the Volkswagen ID.5 face to face. Between the American station wagon and the German coupé, which is made for you? 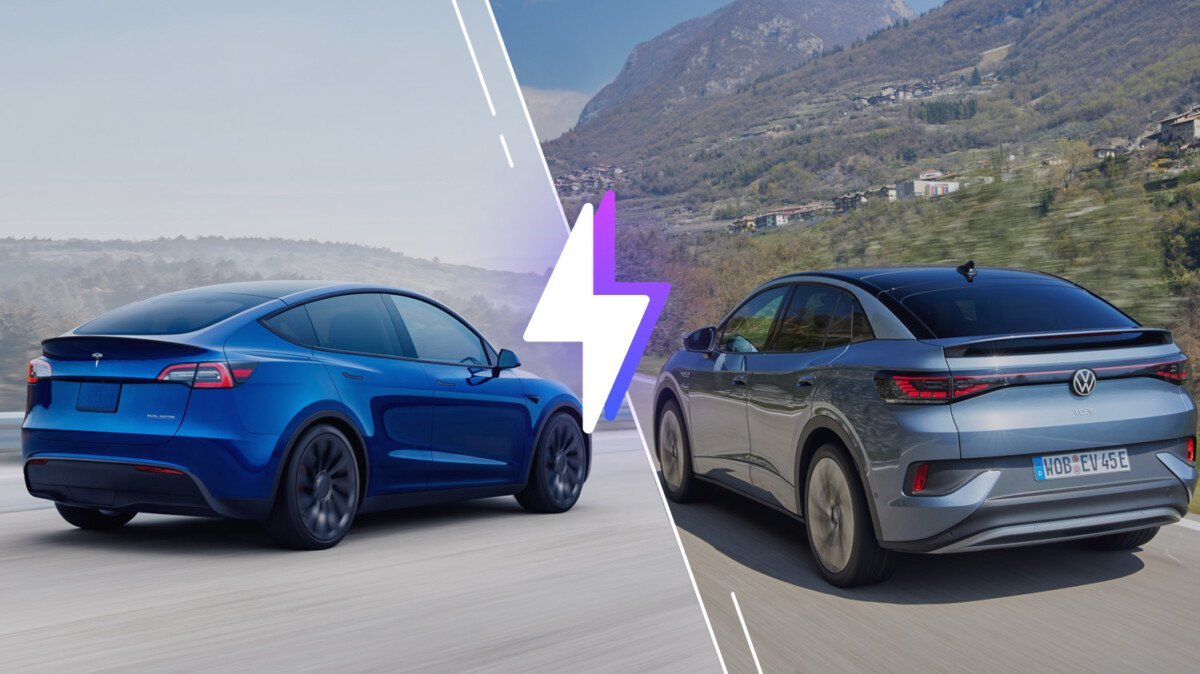 If the Tesla Model Y was expected at the turn in Europe, it is in particular due to the fact that the electric SUV segment is very important for the old continent. Since our test of the Model Y in September 2021, many references have appeared, and the competition is tougher than ever.

This is why we wanted to compare the latest addition to the Volkswagen group, the ID.5, to the American. With a similarly announced autonomy and very high-end technological equipment, the ID.5 does not have to be ashamed of the Tesla Model Y.

We are going to try to determine which of the two will be the best electric car, by comparing them on many points: design, the atmosphere on board, useful volume, charging capacity or prices, everything will go through.

As a good family vehicle, the Volkswagen ID.5 has classic dimensions for this segment: 4.60 meters long, 1.85 meters wide, and 1.61 meters high. In terms of weight, it will take between 2,117 and 2,242 kilograms depending on the configuration, which will make the ID.5 much heavier than the Tesla Model Y, which manages to stay just under the two-tonne mark (between 1,979 and 1,995 kilograms).

The lines of the ID.5 betray what the Volkswagen brand is trying to achieve, with a plunging rear roof to display a coupe look, very visible in profile. The front is quite characteristic of the brand's SUV while adopting a sporty style underlined by the light signature. 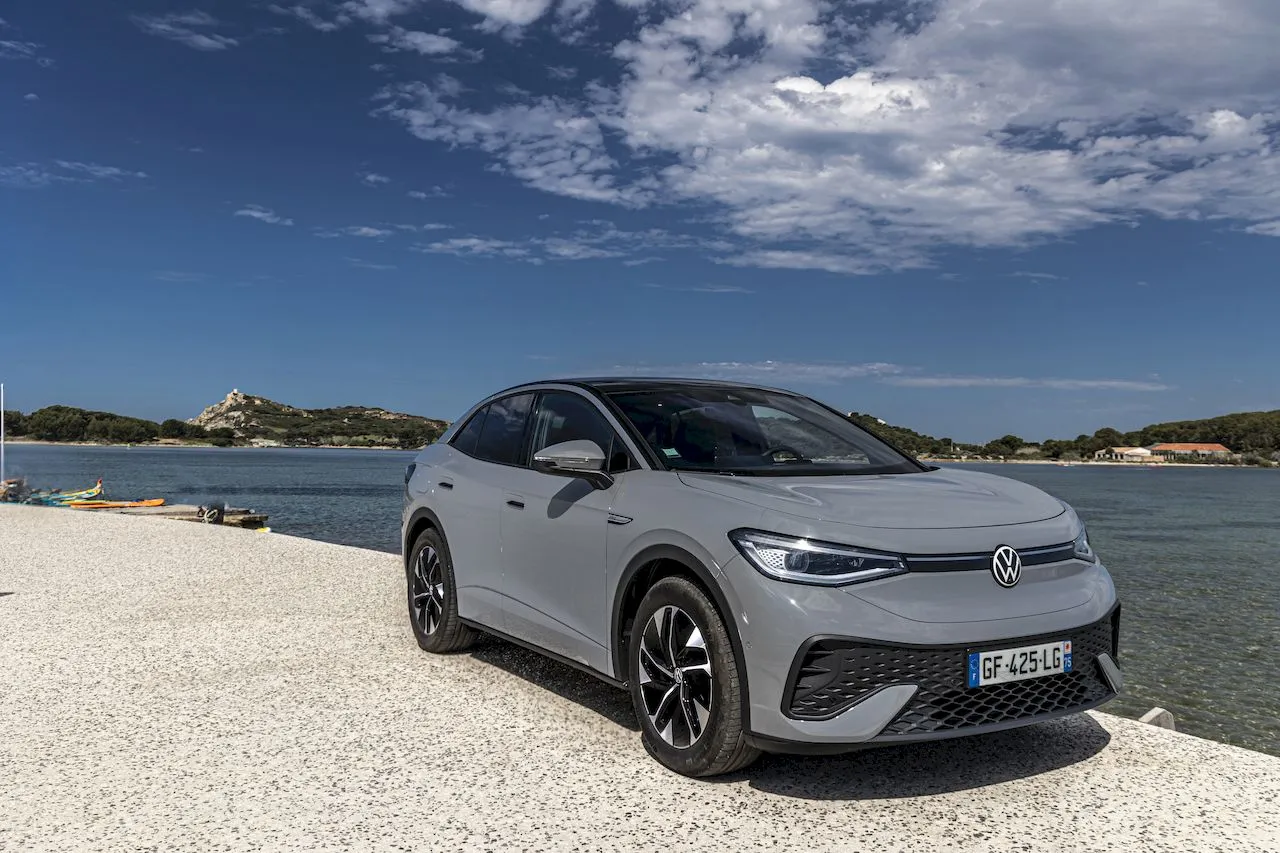 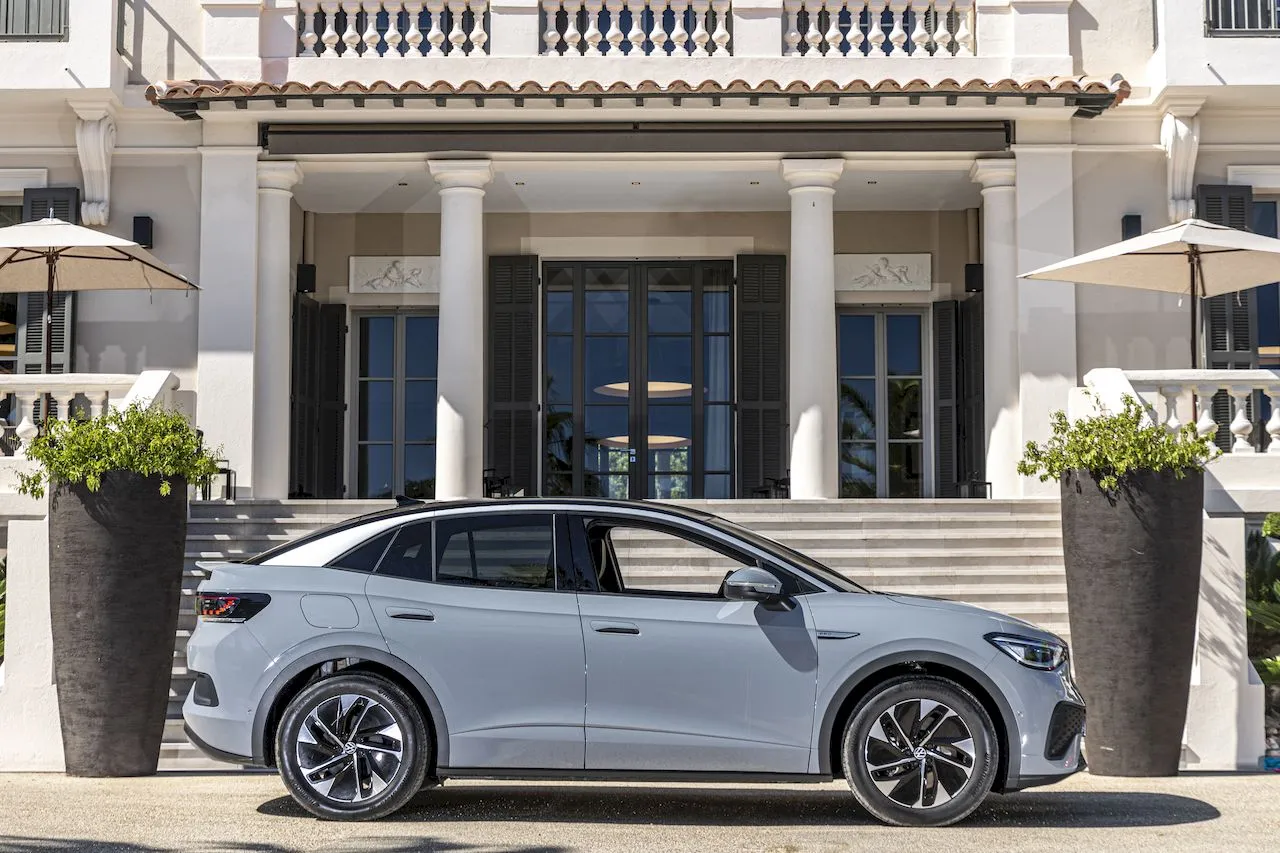 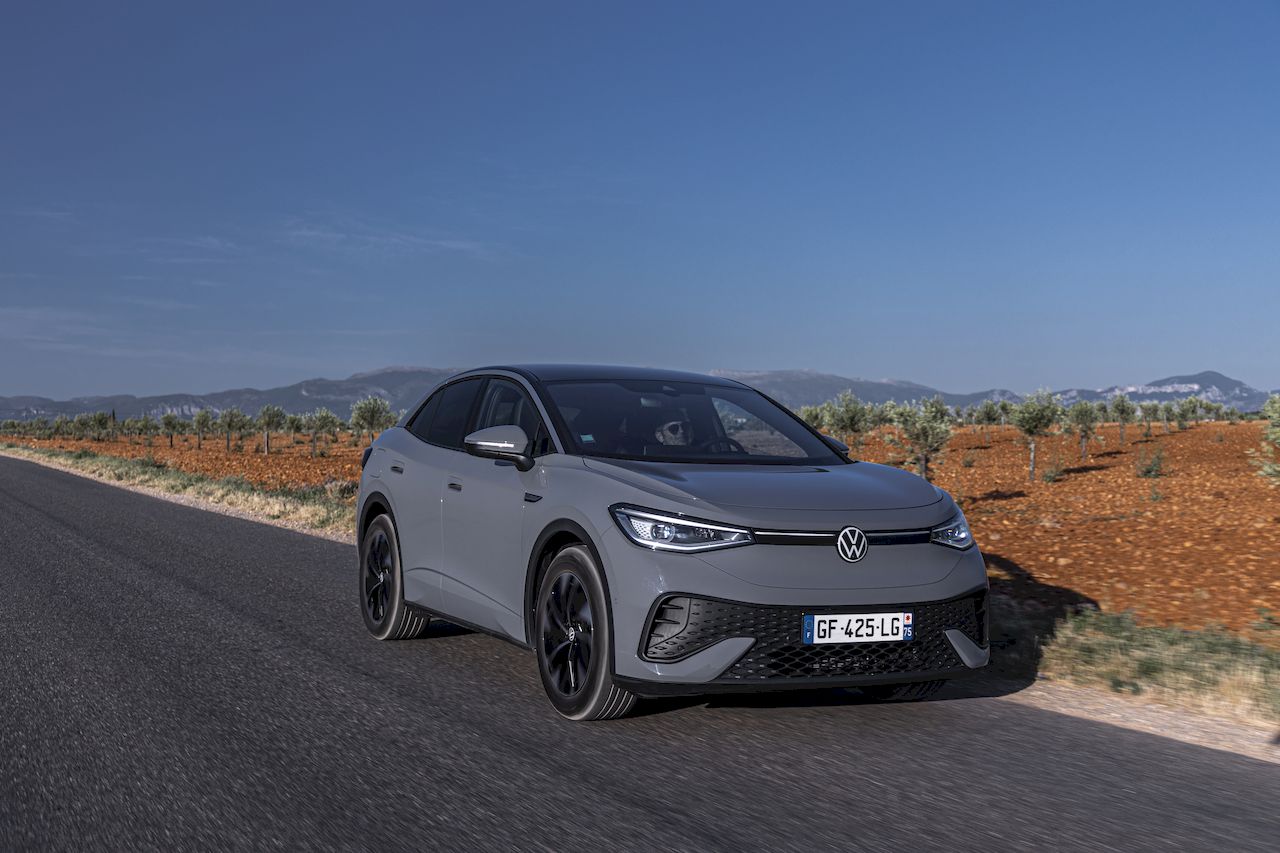 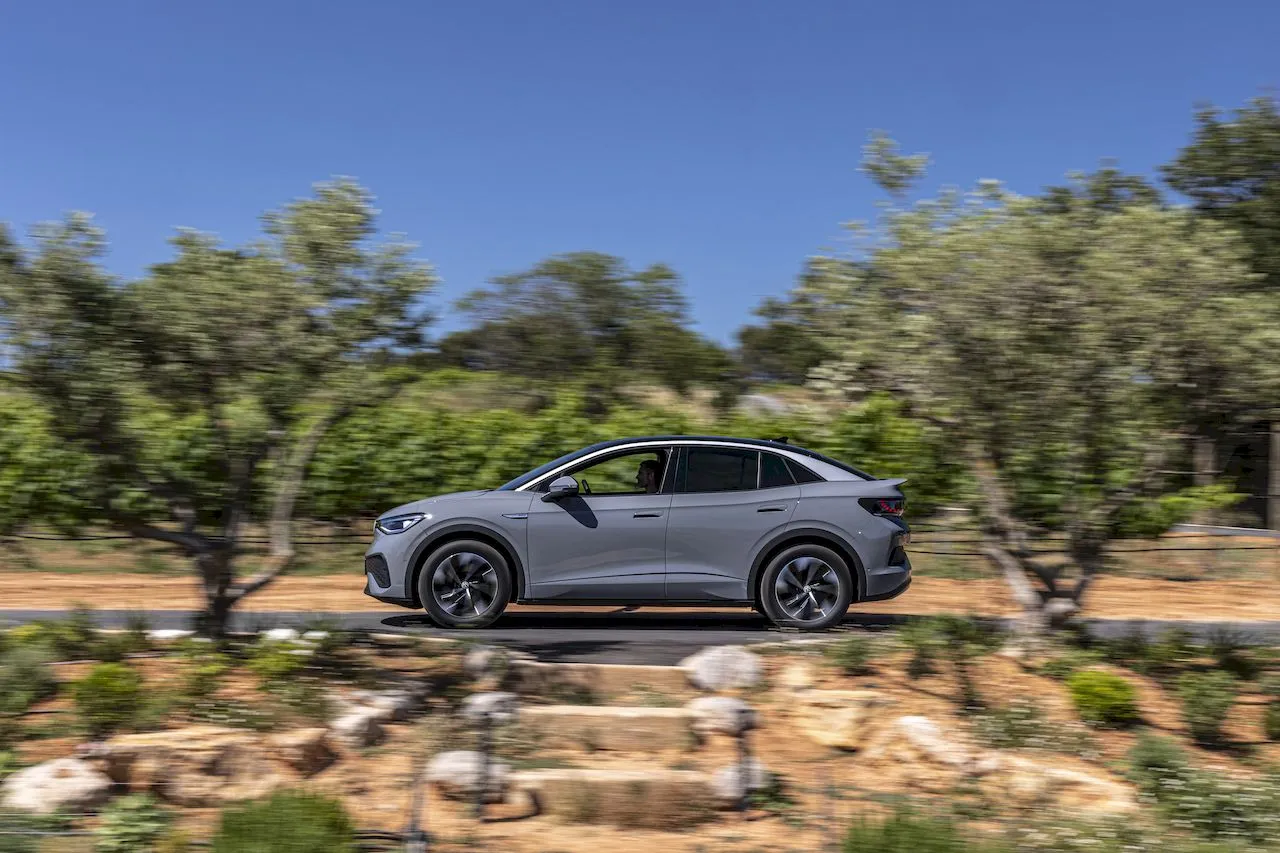 With a larger size, the Tesla Model Y measuring 4.75 meters long, 1.62 meters high, and 1.92 meters wide, the American will not be a champion at maneuvering at low speeds or slipping into cramped parking spaces. Its design is quite divisive, with a rather imposing and wide rear, reminding us that we are indeed facing a family SUV. The front takes up the sporty lines of its little sister, the Tesla Model 3, with in particular this long plunging hood and the full grille so characteristic.

When you open the door of the Volkswagen ID.5, you find all the language elements of the other vehicles in the ID range, for better or for worse. Ergonomics in particular can always be improved, with many choices that we did not agree with during our recent test of the ID.5.

The materials used and the assemblies of the interior elements are correct, without being excellent. The seats, whether in the first or second row, are quite satisfactory, and the ideal driving position is quite easy to find. The layout of the dashboard combines two screens, one behind the steering wheel and a more central one, using the group's Discover Pro Max system. 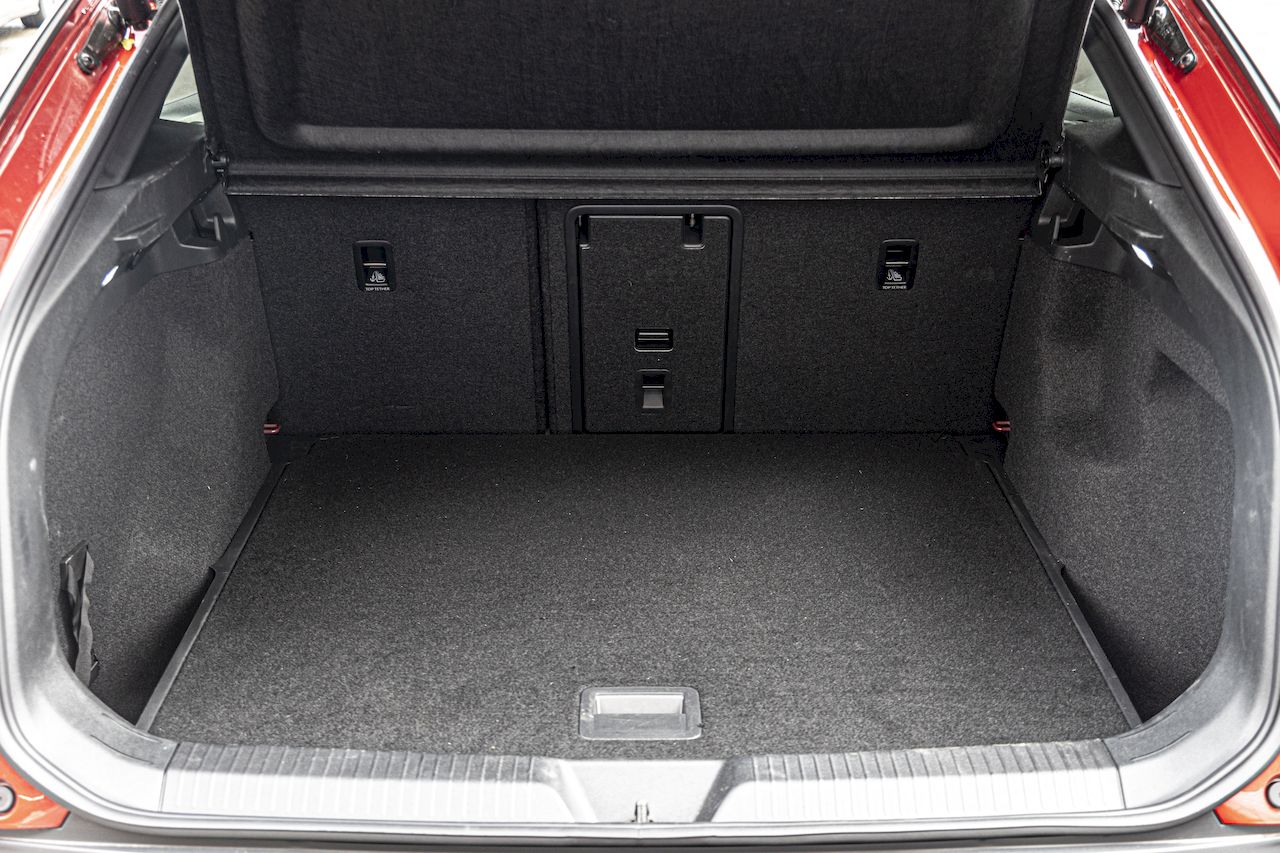 The space on board is generous on the ID.5, and tall people will have no trouble taking their place in the back, the roof guard being well preserved. The rear cargo capacity reaches 549 liters, which is enough for comfortable family travel.

However, on the loading space, the Tesla Model Y will be unbeatable, with in particular a small front trunk (frunk) of 117 liters in which it is possible to fit a backpack easily, and a huge rear trunk of 854 liters, where family travel will never be a problem. To realize the difference, the useful volume of the rear trunk of the Tesla Model Y is 55% higher than that of the Volkswagen ID.5. With the panoramic glass roof and excellent legroom, getting into the Tesla Model Y is very easy, even for tall people. The front seats (heated, just like the rear) are rather very enveloping and have profile memory for the driver, which is always practical in the case of a vehicle shared between several people.

As always, minimalism is in the spotlight at Tesla, where there is only one central 15-inch screen to control everything related to the vehicle and infotainment.

With a gigantic trunk and more space on board, the Tesla Model Y wins over the Volkswagen ID.5 in terms of cabin layout and cargo volume.

Volkswagen wanted to impress and offer all that is best to date on its ID.5. We thus find the most advanced driving assistance functions, including the classic combo of adaptive cruise control and active lane keeping on the one hand, but also automatic parking functions, overtaking assistance, or a 360-degree view.

An augmented reality head-up display can be added to the two screens on the dashboard, to allow the driver to follow the navigation instructions effortlessly. Apple CarPlay and Android Auto are in the game with the Volkswagen ID.5, which is not the case with the Tesla Model Y. Indeed, although the Tesla infotainment system is at the level of what it is the best on the market, its lack of compatibility with smartphones is lacking.

There's no 360-degree view or head-up display on the Tesla Model Y, but the standard Autopilot provides active lane keeping, in addition to acting as adaptive cruise control. 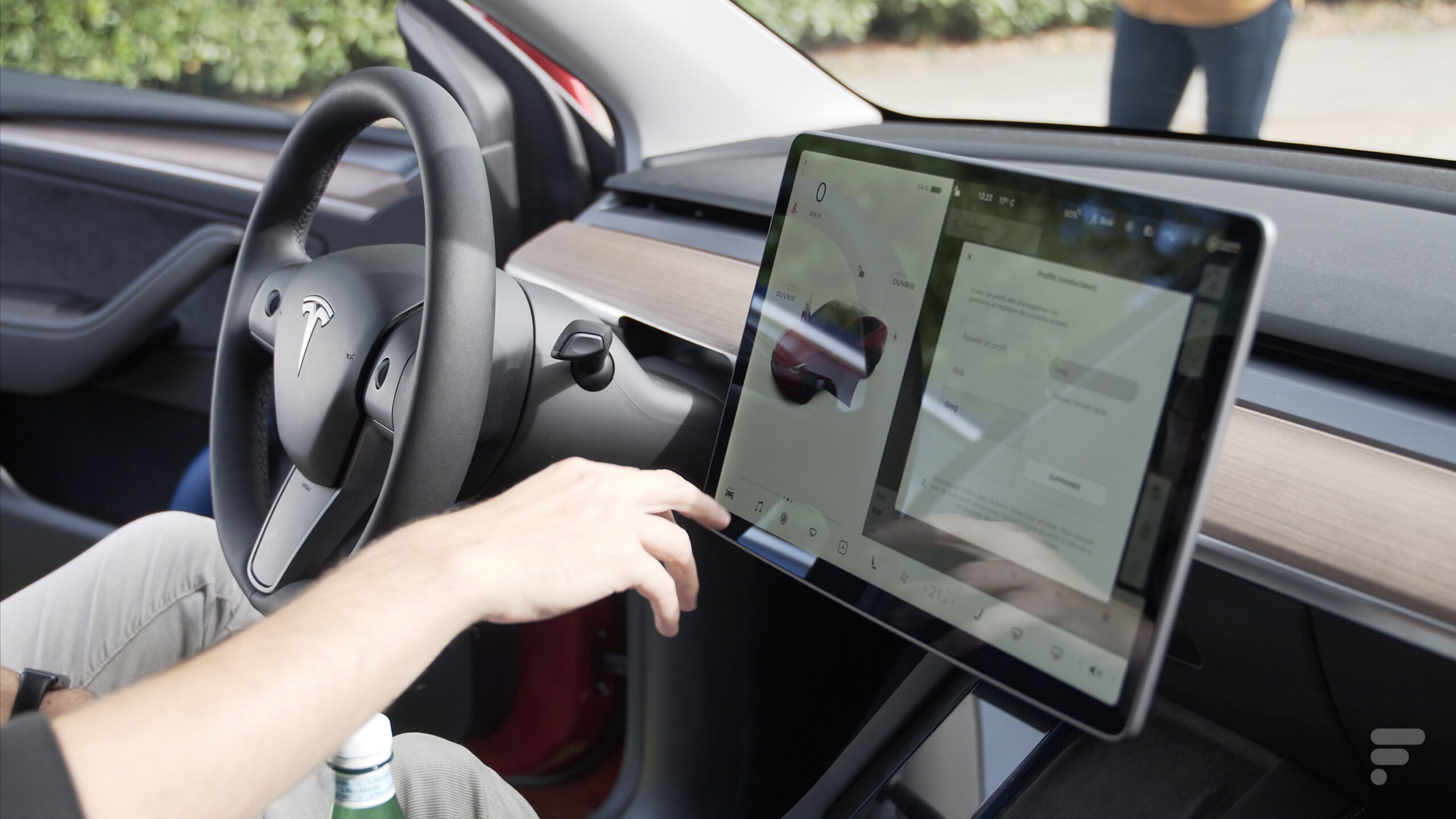 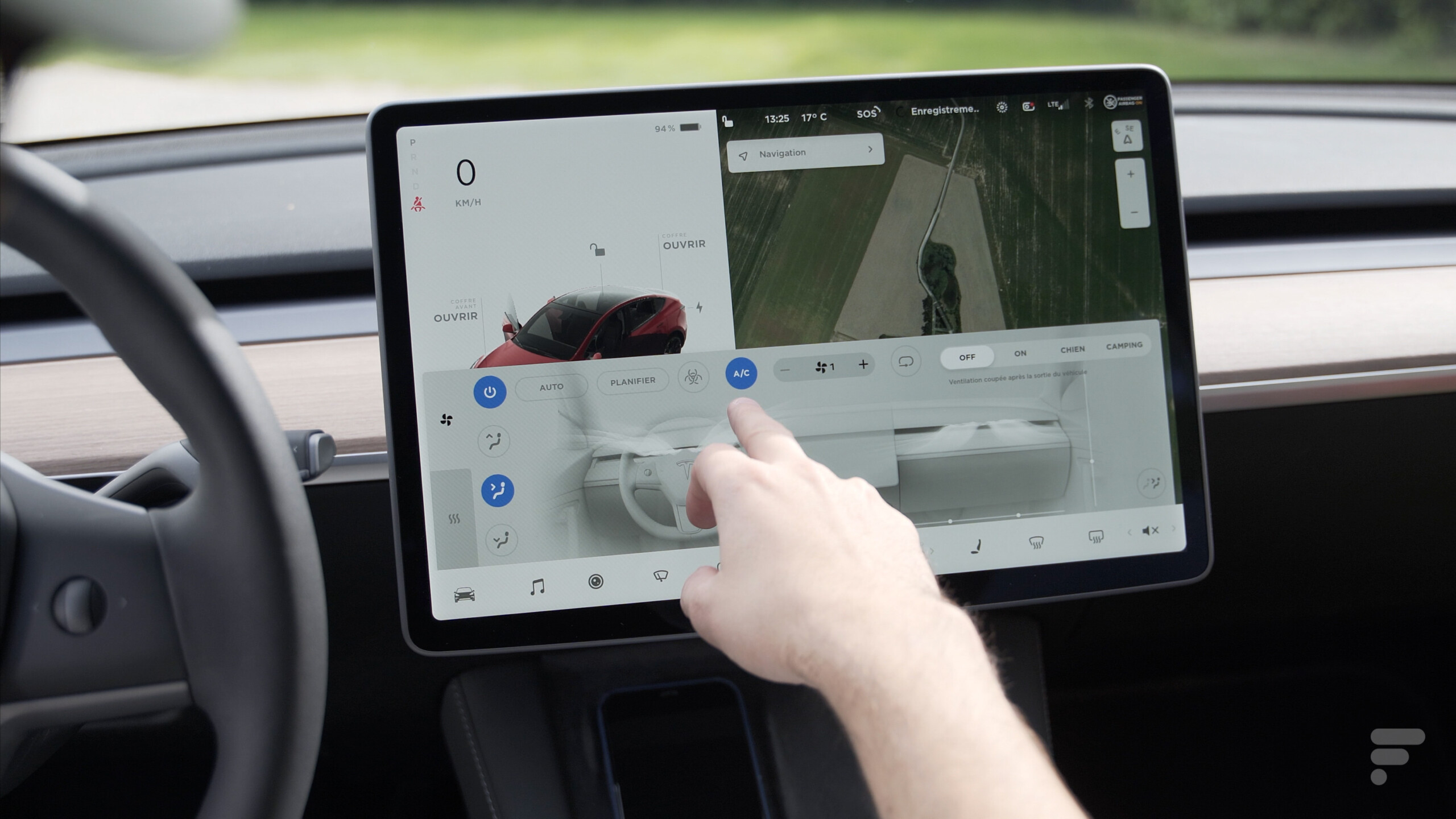 Depending on the options chosen, it is possible to add automatic parking functions, semi-automated overtaking on the motorway, or even recognition and reaction to traffic lights and stop signs.

If we must recognize that Tesla offers software with advanced functionalities and a satisfactory Autopilot, Volkswagen offers with its ID.5 many technologies that are not found in America, and this is the reason why it win this round.

With nearly 2.2 tonnes to displace, even the sportiest versions of the ID.5 won't compare on the road in terms of driving engagement to the far superior performance Tesla Model Y.

Comfort is not the strong point of the ID.5, which left us with a slightly bitter taste during our recent test drive. Finally, regenerative braking does not allow you to come to a complete stop, which is unfortunate in urban areas. 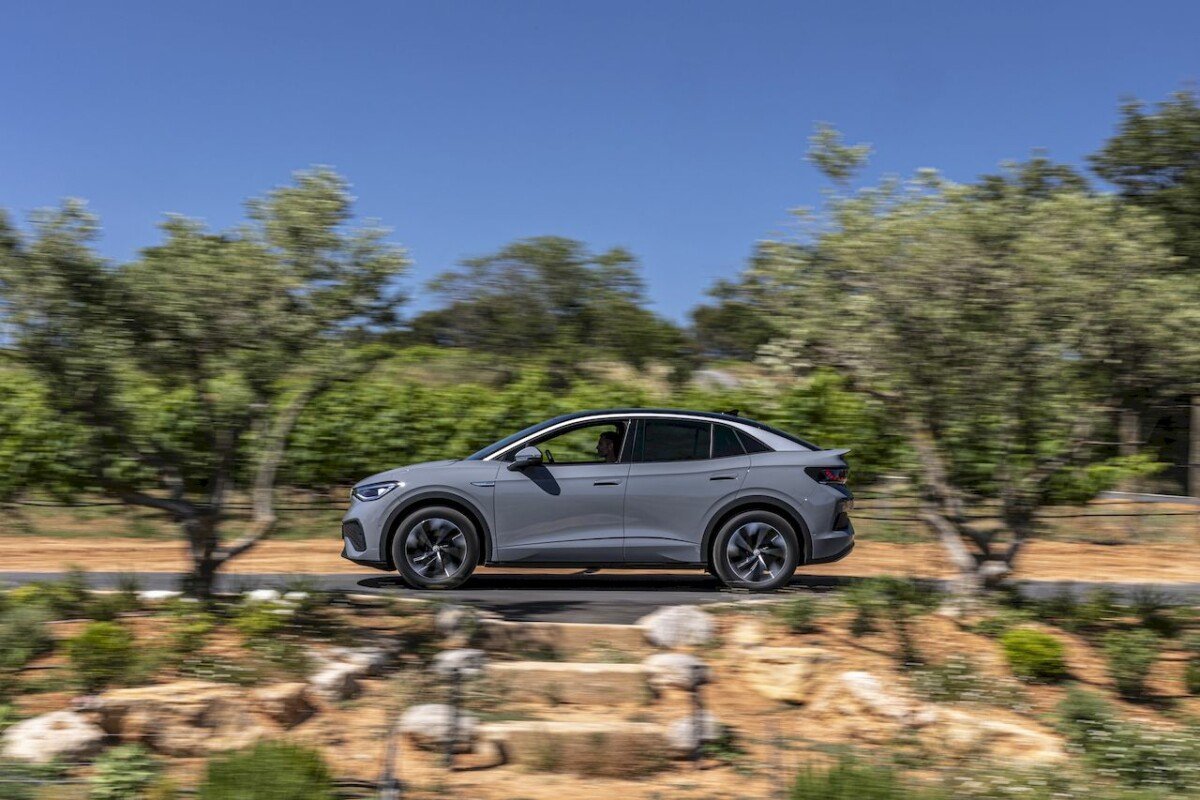 As for the Tesla Model Y, even the basic version displays sports performance, with a 0 to 100 km / h shot in 5 seconds (3.7 seconds for the Performance version), the tone is set.

The suspensions are quite firm, and the emphasis is not on comfort, despite a quieter cabin than what Tesla had accustomed us to before. In terms of consumption, the Tesla Model Y does much better than the Volkswagen ID.5 on an equivalent route, thanks to a better air penetration coefficient and a more contained weight. Thus, it is quite natural that the point goes to the Tesla Model Y in terms of road behavior.

The Volkswagen ID.5 is available in three different engines: 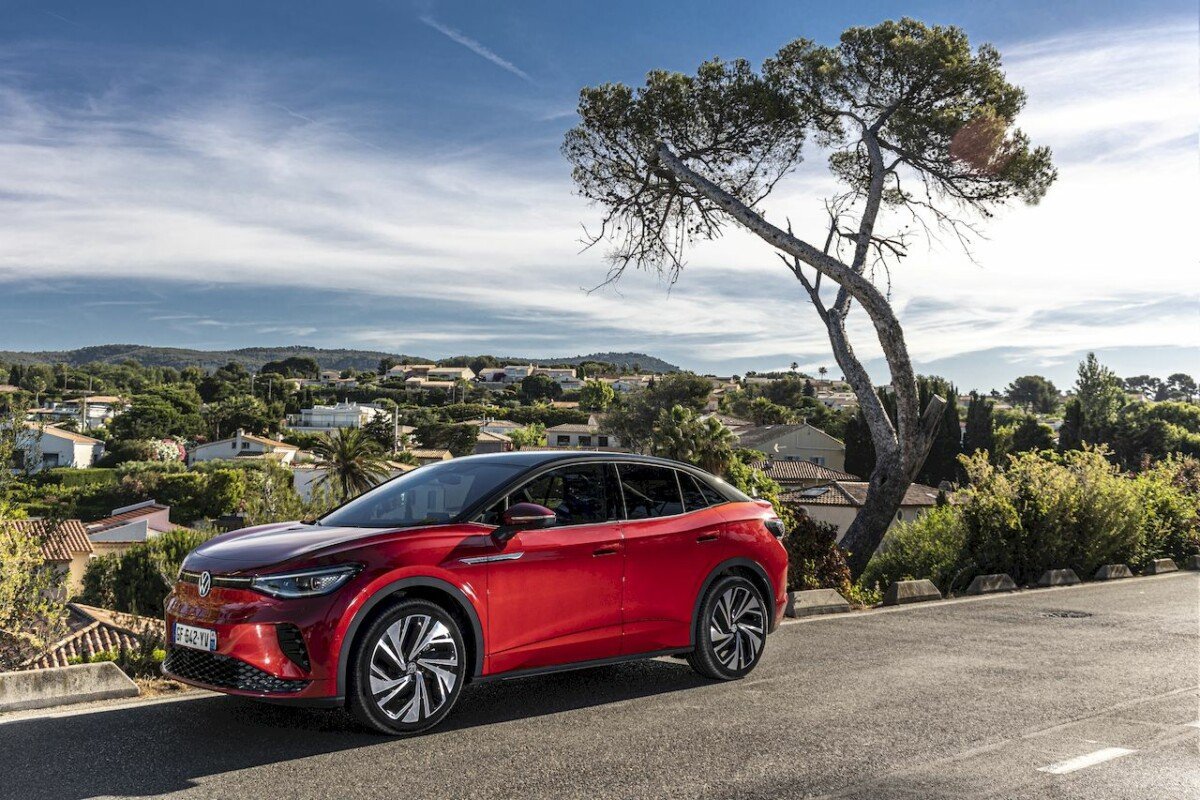 The Tesla Model Y is now available in two versions: 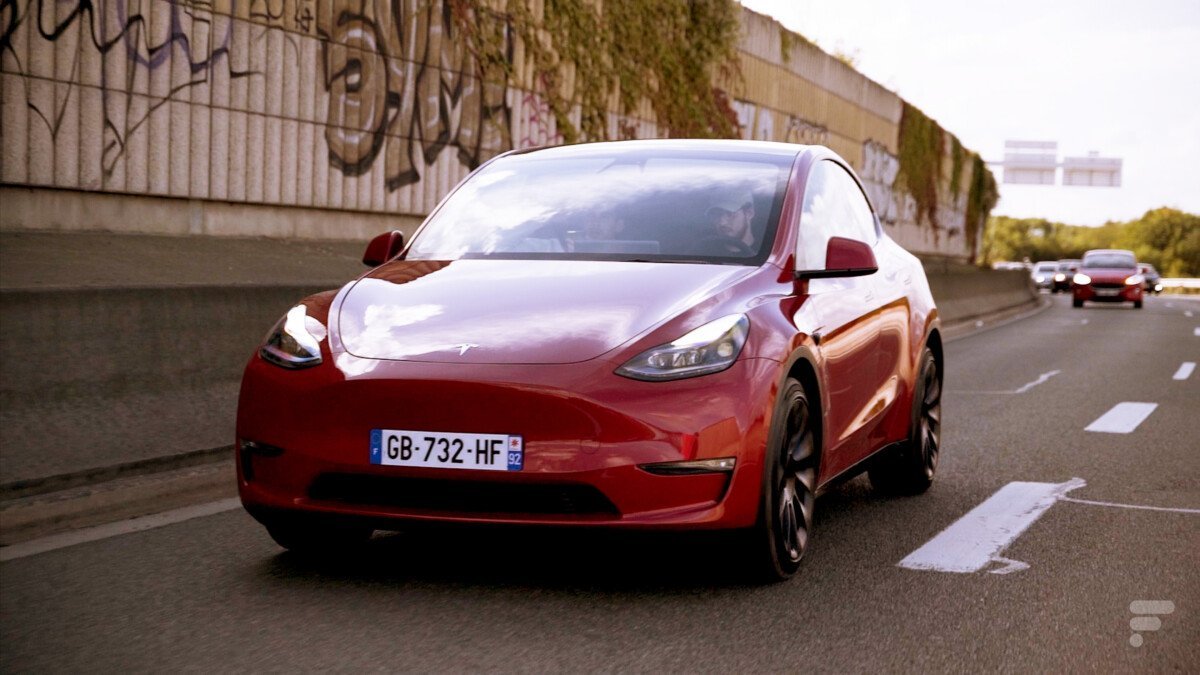 The different versions of the Volkswagen ID.5 in the French catalog are equipped with a 77 kWh battery, which will display ranges of between 511 and 533 kilometers in the WLTP cycle depending on the options.

Concretely, with our consumption reaching 21 kWh per 100 kilometers during our test, this corresponds to 350 to 370 kilometers of real autonomy. 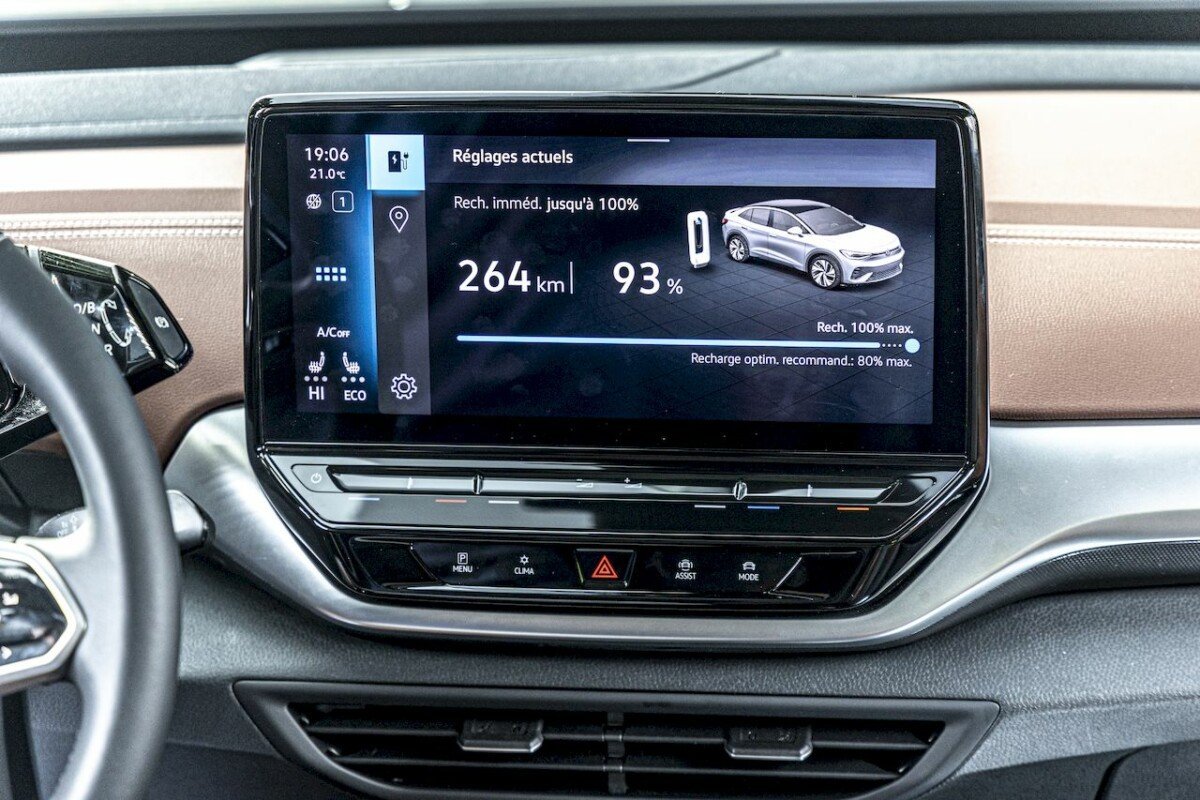 Fast charging is limited to 135 kW or 150 kW in the case of the GTX version, and it takes 29 minutes in ideal conditions to go from 5 to 80% battery according to Volkswagen.

The 11 kW onboard charger will fully charge the battery in about 7.5 hours, compared to around 40 hours on a household outlet, on the Tesla Model Y as on the Volkswagen ID.5.

The Tesla Model Y offers a WLTP range of between 514 and 565 km, which will of course have to be reduced in real conditions as well. The reference consumption that we have on a mixed route is however under 18 kWh per 100 kilometers, enough to allow more than 400 kilometers of autonomy thanks to the useful 75 kWh battery. 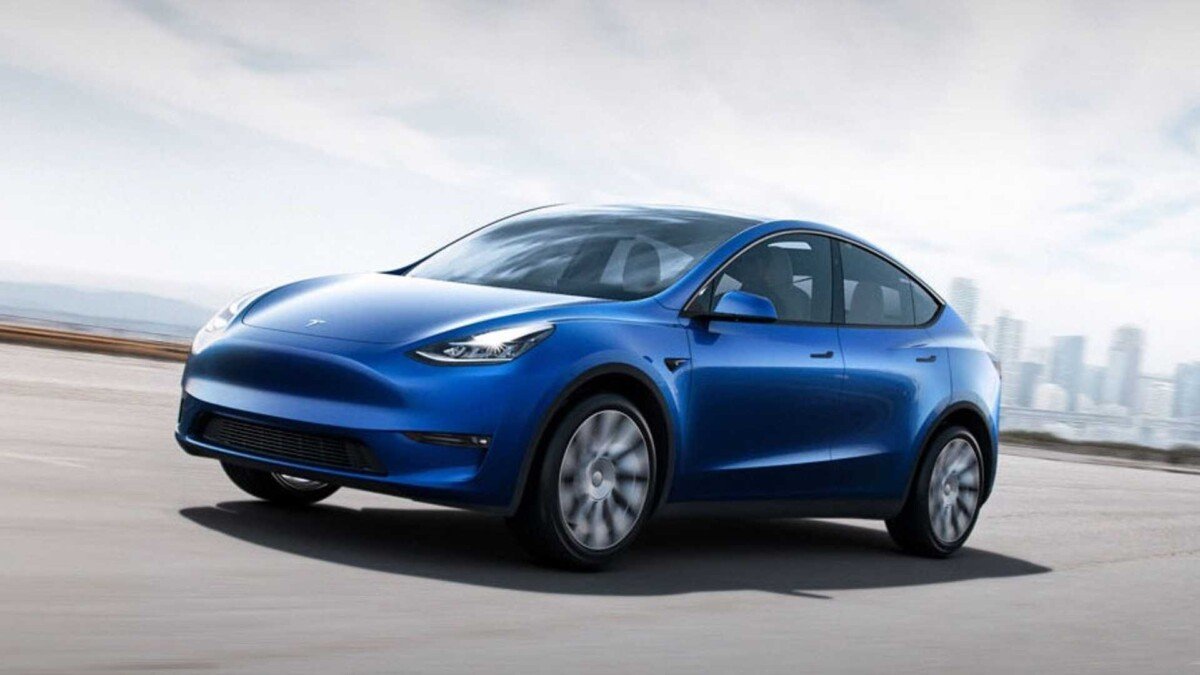 The maximum charging power accepted in direct current peaks at 250 kW on the brand's Superchargers, and guarantees to go from 10 to 80% battery in less than 30 minutes.

It is now necessary to count no less than 54,700 euros (excluding ecological bonus ) for an entry-level Volkswagen ID.5, and 61,600 euros for the top-of-the-range GTX version.

By playing with the catalog of options, we arrive at more than 69,000 euros, which is close to the price of a Tesla Model Y Performance. 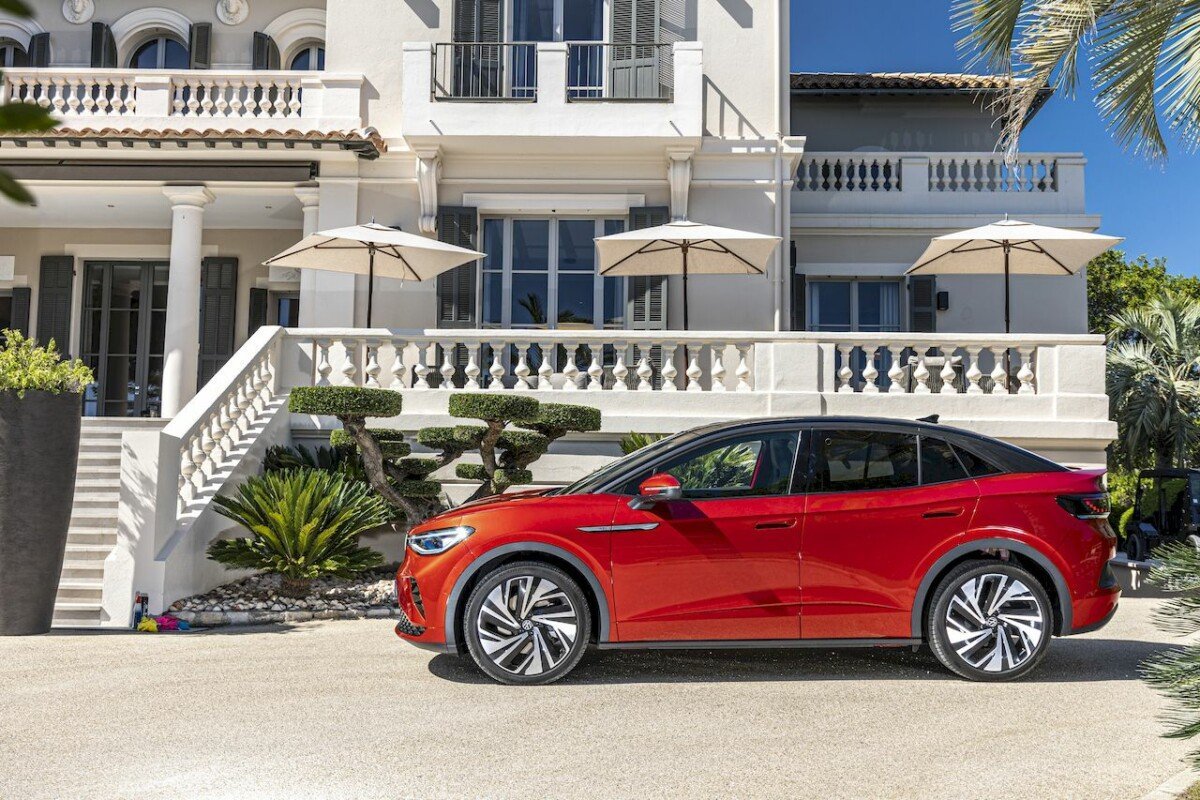 Indeed, the Tesla Model Y is available in a Long Autonomy version for 64,990 euros starting price, and 69,990 euros in the Performance version. No model is eligible for the ecological bonus, limited to vehicles below the 60,000 euro mark.

The approximately 12,000 euros of options from Tesla make it possible to exceed 80,000 euros on a Tesla Model Y Performance, reaching 82,130 euros. 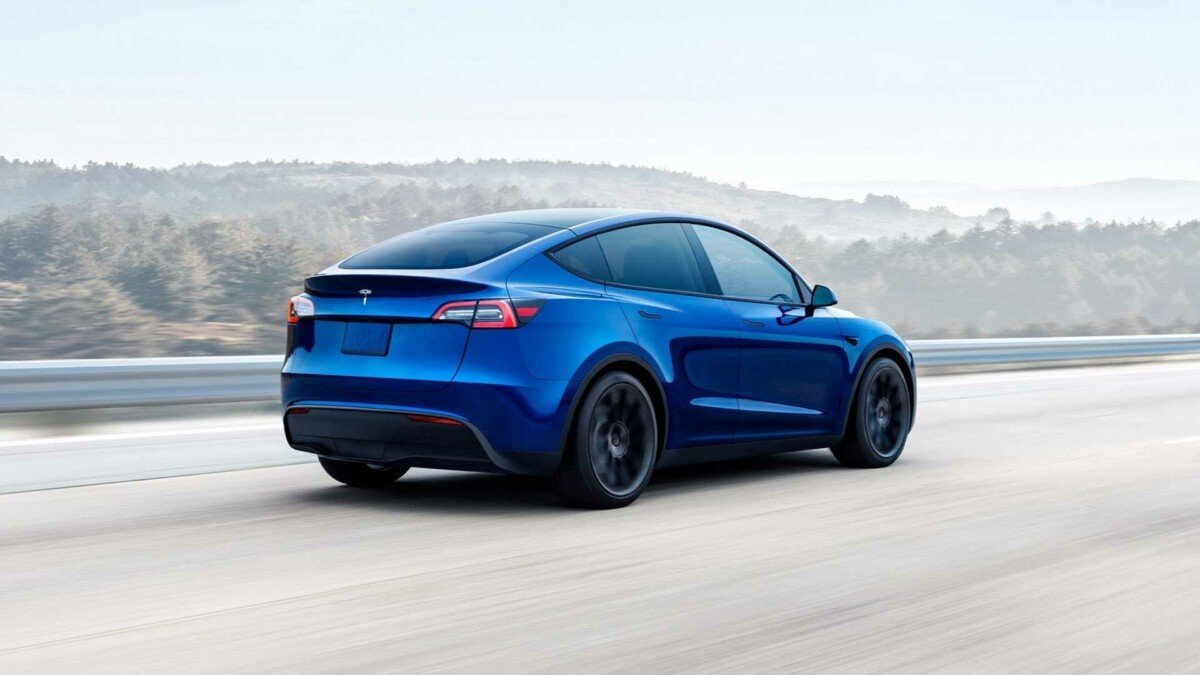 WHICH TO CHOOSE BETWEEN THE VOLKSWAGEN ID.5 AND THE TESLA MODEL Y?

And so, with a price starting at 61,600 euros, the gap with what Tesla offers is no longer so important. It will then be necessary to define what is essential for you between the loading space, the one-pedal driving and the accelerations of the Tesla Model Y, or the functions exclusive to the Volkswagen ID.5 (Apple CarPlay and Android Auto, display head-up in particular).