English
Home
/
BLOG
/
Can You Jump Start A Tesla?

Can You Jump Start A Tesla? 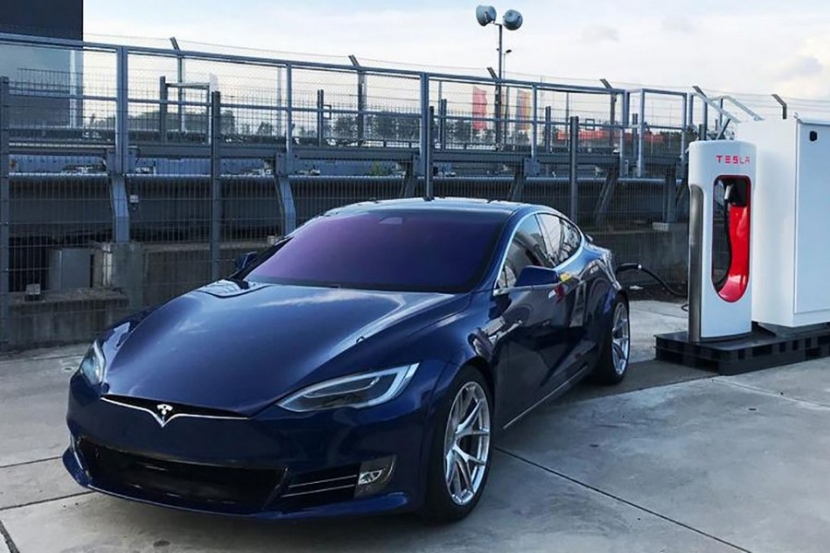 Tesla is an advanced electric car brand with some of the best car technology on the market. But like regular cars, Tesla can run out of juice unexpectedly. So is it possible to jump start a Tesla when the battery is dead?

Yes, you can jump start a Tesla with an internal combustion engine, but not another electric vehicle. Just make sure you connect the Tesla as recommended by the manufacturer and have enough power to get to the nearest charging station or Supercharger network.

However, as mentioned above, you should not jump start a Tesla with another EV or Tesla. You risk permanently damaging the Tesla battery, which is very expensive to replace. Alternatively, you can use a lithium-ion starter to jump start your Tesla.

How to jump start a Tesla

Step 2: Next you need to remove the towing eye cover by pressing on the upper right part of the cover until it is pushed inwards. This is where the tow hook is located.

Step 3: Depending on your Tesla make and model, you will see two wires connected to the two eye cover or they are in the hole and you need to gently pull them out.

Step 5: Use the jump starter to open the Tesla trunk.

Step 6: After opening the trunk, disconnect the black and later the red cable.

Step 7: Now reconnect the cables to the towing eye cover and attach the cover by inserting the cables into the hole. Then align the cover with the lower left corner and press it into place.

Step 11: Wait some time for it to charge and then disconnect first the black wire and later the red wire.

Step 12: Reattach the black panels you removed earlier by sliding them back into place. Make sure the panels are properly aligned before pressing them in, as they can break easily.

Step 13: Finally, drive to the nearest charging station and charge your Tesla. When the 400-volt battery is fully charged, the 12-volt battery begins charging.

Why can't a Tesla motor be used to jump start an internal combustion engine?

What other ways are there to jump start my Tesla besides a regular car engine?

If your Tesla battery dies in the middle of nowhere, you can still jump start your car even when there's no car around. However, to do this you must have a lithium-ion starter on hand. This jump starter comes with cables for car jump starters.

Whether you own a Tesla or a conventional internal combustion engine, you can use the lithium-ion starter to jumpstart your dead battery. Just connect it properly and start the car. This is an excellent alternative as you don't need another car to jump start your car.

What happens when the Tesla runs out of power?

Before the Tesla batteries are fully discharged, the car will suggest the nearest charging stations or supercharger networks. It also tells you when your vehicle is about to run out of range and stops abruptly if you don't recharge the battery.

Next, Tesla slows down to about 15 miles per hour. It also informs the driver that he will soon be unable to drive before he comes to a halt and parks at the curb. In this case, you are forced to call Tesla Roadside Assistance when you are within range. If not, you will need to request a tow truck.

It is important not to drive your Tesla battery below 20%. This not only harms the battery but also affects its longevity. So if you plan on traveling far or running a lot of errands in your car, it's imperative that you make sure you have enough juice in your car to get you through your trip(s).

How much does it cost to replace a Tesla battery?

Does the Tesla come with a 12V battery?

If you've been wondering whether or not you can jump start a Tesla, worry no more. A Tesla can be jump-started by an internal combustion engine, but not by another Tesla or an electric car. It can also be started with a lithium-ion jump starter, which is easy to store and use.

Jump starting your Tesla with another Tesla or an electric vehicle can damage the motor. That's because Teslas and other electric vehicles have low-voltage batteries that don't have the power to jump-start another car.

How Do You Open A Tesla With A Dead Battery?