English
Home
/
BLOG
/
Tesla In 10 Milestones: A Look Back At A Puzzling Success Story

Tesla In 10 Milestones: A Look Back At A Puzzling Success Story 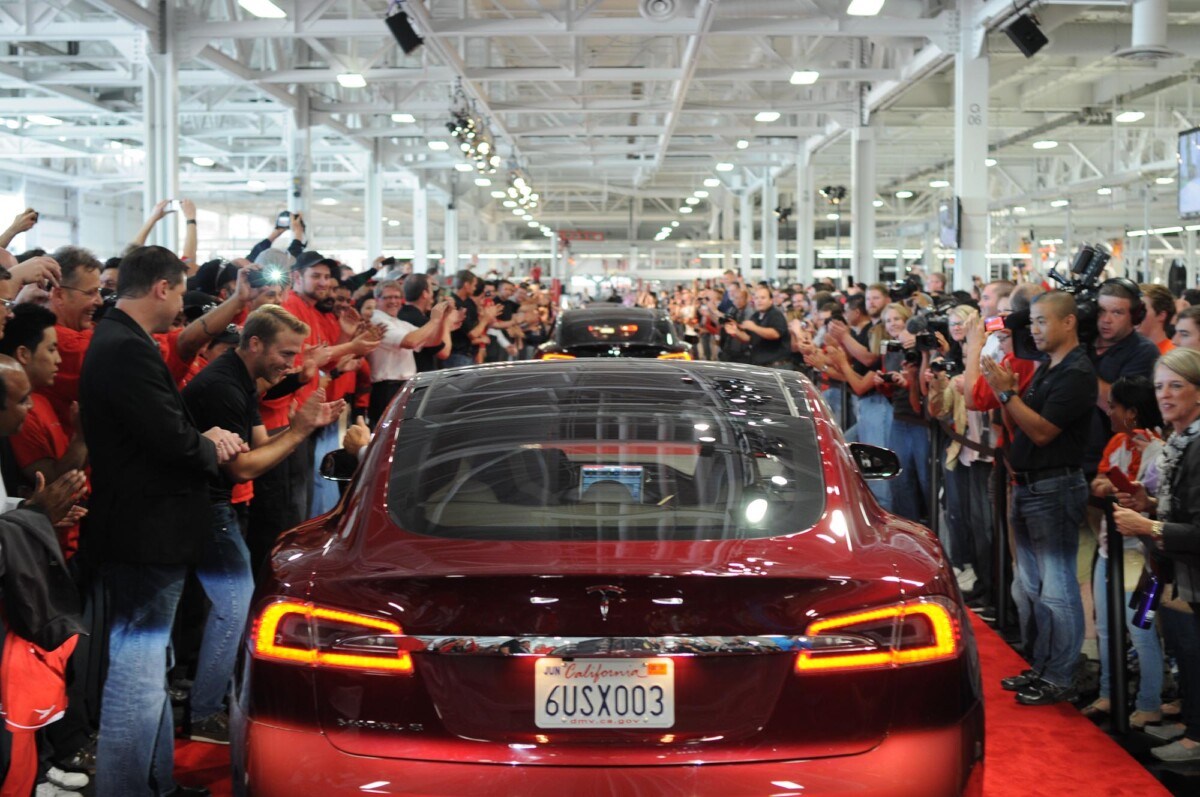 Not a week goes by without the American firm being talked about, in particular through its whimsical director, Elon Musk, or even thanks to its astounding results in terms of sales. Tesla is still a young automotive brand compared to the behemoths of the sector, but in the space of fewer than 20 years, Tesla has managed to shake up a fundamentally conservative sector, with strong decisions, anticipation, and above all objectives that are always ambitious.

If you follow automotive news diligently, you have probably noticed that not a day goes by without an article evoking Tesla from near or far. Lately, the brand's news has revolved a lot around the launch of its new model in Europe, the Model Y, and the sales records of the Tesla Model 3, which has won the title of the best-selling car in the world. Europe in September 2021, a first for an electric car.

Evil tongues will say that it also benefits from the shortage of semiconductors which is currently plaguing the automotive industry. But it is clear that the Palo Alto firm continues to record sales, first of all, but also elsewhere, on the stock market in particular, with record capitalization. This phenomenon is all the more spectacular since the brand is not even 20 years old, while most other car manufacturers have sometimes been present for more than a century.

The rise was therefore meteoric, with many ups, quite a few downs too (Tesla came close to bankruptcy in 2018), doubts, questions, unprecedented initiatives... In short, Tesla is a manufacturer that does not do almost anything like the others, and which today seems to inspire more than one behemoth in the sector, starting with the Volkswagen group, currently amid energy transition. To briefly retrace the history of the brand, we are therefore going to come back to the 10 milestones that have made Tesla what it is today.

Contrary to popular belief, Tesla was not founded by Elon Musk. The brand was founded on July 1, 2003, by Martin Eberhard and Marc Tarpenning, the former serving as CEO and the latter as CFO. Tesla was called “Tesla Motors” at the time and its goal was to be, in addition to an automobile manufacturer, a technology company with the battery, software, and motor as its base. Its name is a tribute to the so-called “electric pioneer”, Nikola Tesla, an American inventor and engineer of Serbian origin.

Seven months later, Tesla raises $7.5 million as part of a financing project involving several investors, including a certain Elon Musk, very interested in the company, and contributes the vast majority of this financing with 6 .5 million dollars. Obviously, Elon Musk quickly joined the company and took over as head of the board.

The goal of Tesla, and in particular that of Elon Musk, is to build consumer electric cars from the outset. As often, when a manufacturer begins, it levels up by presenting a striking model equipped with technologies supposed to highlight the know-how of the company. Tesla, therefore, starts with a high-end sports car aimed at first-time buyers, before moving on to “volume” models.

After several other fundraisers, prototypes of Tesla's first car, the Roadster, were officially revealed to the public on July 19, 2006. Following the departures of Martin Eberhard and Marc Tarpenning from the company in January 2008, mass production du Roadster began on March 17, 2008, and ended in 2012 after 2,680 units were produced.

The car was developed with the help of Lotus, which supplied the base of the Élise chassis, with a carbon fiber body made in France, in Saint-Méloir-des-Ondes more precisely, by the company Sotira 35. The engine block engineering was developed by the Californian company AC Propulsion and develops 252 horsepower, enough to allow it to accelerate from 0 to 100 km/h in 3.9 seconds.

It certainly did not escape you in the part above, the two founders of Tesla left the ship almost at the same time, in January 2008. In August 2007, the board of directors asked Martin Eberhard to leave his position as CEO, and later became President of Technology before permanently leaving the company in January 2008. Co-founder Marc Tarpenning, then Vice President of Electrical Engineering, also left Tesla in January 2008.

Meanwhile, in August 2007, Michael Marks was hired as interim CEO, and in December 2007, Ze'ev Drori became CEO and Chairman. Less than a year later, in October 2008, Elon Musk succeeded Drori as CEO. In January 2009, Tesla achieves new spectacular fundraising of 187 million dollars and delivers its first cars, 147 in this case. Elon Musk brings $70 million to the company.

OCTOBER 2010: OPENING OF THE FIRST TESLA FACTORY FOR THE MODEL S

In May 2010, Tesla bought a former General Motors and Toyota factory in Fremont, California, for the modest sum of $42 million. The factory, called Tesla Factory, is intended for the production of Tesla's first electric sedan, the Model S, and opened in October 2010. Even today, it is the brand's main factory, where the Model S, Model X, Model 3, and Model Y are manufactured, despite the opening 2019 of a Gigafactory in Shanghai, and the upcoming opening of a factory in Europe, in Germany.

The one that was still described as a "small American automaker" at that time made its IPO on Tuesday, June 29 in New York, its shares trading sharply higher shortly after the start of their trading. The stock, which began trading shortly before 3:30 p.m. on the Nasdaq, traded at $18.17 a few minutes later, up 6.76% as the market fell sharply.

Initially, Tesla put 13.3 million shares on the market at an initial price of $17, more than it had anticipated, representing a total of $226 million, of which $200 million went directly to it. We will see it a little below, but today, the IPO of the American firm has been crowned with great success.

Announced in 2008 with few details, the Model S will only be shown in public in 2009, at the Frankfurt Motor Show. It will be necessary to wait until June 2012 and the rehabilitation of the Fremont factory for the first ten vehicles to be delivered on June 22, 2012, the date of the official launch. In August 2012, production was then around twenty cars per week. Even if the Model S is still offered in the catalog today, with some aesthetic changes, it technically has little to do with the first models released in 2012

For the record, version 40 will never see the light of day and will be stopped at the beginning of 2013, since it represented only 4% of orders. Customers who ordered it will receive a Model S 60 instead. There was also the Model S P85, a version with a more powerful engine and lightning acceleration. The first Model S arrived in France in September 2013.

SEPTEMBER 2014: ARRIVAL OF THE AUTOPILOT

The autopilot, also called "Autopilot" in English, was introduced with version 7 of the Tesla Model S firmware on October 14, 2015. automatic is a good thing to have on airplanes, and we should have it on cars. ”

In October 2014, Tesla allowed customers to pre-purchase the "Autopilot" feature in an equipment package called the "Tech Package". At this time, Tesla announced that Autopilot would include semi-autonomous driving and parking capabilities, and was not designed for autonomous driving.

Tesla developed initial versions of Autopilot in partnership with the Israeli company Mobileye, but the latter ended the partnership in July 2016 because Tesla was "pushing the limits in terms of safety". Since then, the brand has been developing its own hardware and software solution. Today, as evidenced by the video below, the technology has evolved rather well.

SEPTEMBER 2015: LAUNCH OF THE MODEL X

After three years somewhat alone in the Tesla range, the Model S was joined in 2015 by a second model, an imposing SUV just as high-end as the sedan, namely the Model X. The prototype was unveiled in February 2012 in a studio in Los Angeles, before the model was presented to the public at the Geneva Motor Show a month later.

In March 2013, following financial difficulties and in order to concentrate on the production of its Model S sedan, Tesla postponed the marketing of the Model X by one year, initially scheduled for the end of 2013. The delays followed and the first deliveries finally took place in September 2015. The first Model X will arrive in France a year later.

In addition to its Cx of 0.24, a record for the SUV category, the Model X is also distinguished by its rear butterfly doors, and its famous "falcon-wing" in English. These hinged doors open vertically thanks to an electric motor and unfold according to an arc optimized according to the space available.

After the Roadster, the Model S, and the Model X, three models whose price can reach up to 100,000 euros, Tesla has not yet “democratized” the electric car. Today, the Model 3 has become the best-selling electric car in many markets and the American firm is winning its bet.

However, the Model 3 is not really new, quite the contrary, the first documents referring to the Model 3 are those of the 2007 business plan. From the start, Tesla's plan has been clear: start with a car very high-end, then move on to a high-end car with a larger production, to finally arrive at a more accessible car with mass production, namely the current Model 3.

The Tesla Model 3 was officially announced on March 31, 2016, and the success is such that 180,000 pre-orders have already been placed while pre-reservations have only been open for 24 hours. A week after the formalization, Tesla counts more than 325,000 pre-orders. At the end of 2016, it is estimated that the threshold of 500,000 pre-orders was reached. But there again, there is a delay in the ignition, with first deliveries which continue to shift.

In July 2018, a year after the initial launch of production, Tesla reached a sufficiently high pace to launch new versions of its model: the Long Range Dual Motor (LR AWD) and Performance versions arrived, both equipped with an additional front engine in addition to the original rear engine.

In October 2021, thanks to an order for 100,000 cars by the rental company Hertz and the publication of excellent results, Tesla saw its stock market value reach 1029 billion dollars on Wall Street. This is a new record, thus becoming the fifth largest market capitalization in the world, 12 times higher than that of General Motors, 100 times more than Renault, and more than all manufacturers combined.

Test Of The Tesla Model 3 Propulsion 2022