Backtrack To Mars: How Elon Musk Burst The Twitter Deal 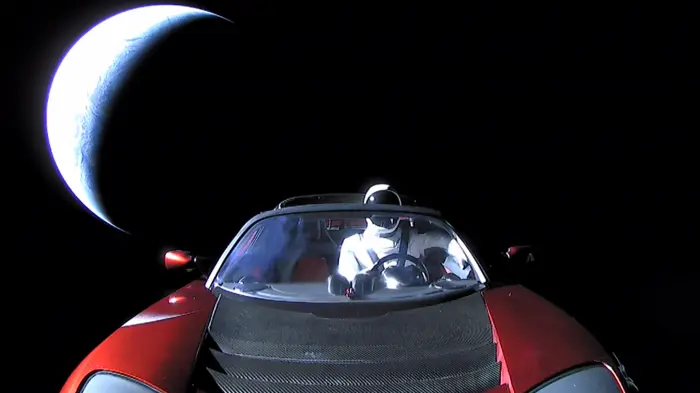 Elon Musk has always wanted to aim high. When in doubt, he stands above the under-complex chatter on the short message service Twitter.

Tesla's boss no longer wants to take over the short message service after all and can be sued for it. There is speculation about money worries, price gambling, and a nasty pothead joke.

If you have big plans, you sometimes have to let small things go. Compared to colonizing Mars, terrestrial endeavors - even as dazzling as Twitter - are a mere trifle. So why waste energy unnecessarily? Maybe that's how Elon Musk thinks.

One day after the multi-billionaire canceled the purchase of the short message service, which he thought was already certain, he hardly said a word about it at a technology conference in Sun Valley, Idaho, but all the more about his plans to conquer the rust-red planet.

Let's just assume the man with the crazy ideas has the best of intentions. Mars may be far away, but the climate catastrophe is near or has long been here. If time is already short for mankind, don't speed up the countdown by wasting insane amounts of energy on null and void chatter over the Internet.

The question has to be asked: Was Musk's promise to make Twitter a stronghold of free speech just talk? Did he never want to take Twitter under his nails, but only give the short message service the death knell – because of saving the world?

In any case, the shares of the tech group have suffered badly since the rumor mill began to seethe that the deal that was arranged in April could end up crashing. Between the beginning of May and today, the price has fallen by a good quarter.

And while we're already speculating: The Neue Zürcher Zeitung (NZZ) recently referred to "resourceful commentators" in the USA who suspect a "cannabis joke" behind the $44 billion deal. The takeover offer of $54.20 per share contains the American slang code for marijuana 420.

So Musk, the self-confessed stoner, was just kidding. Imagine the 51-year-old with a bag in the corner of his mouth and giggling behind his laptop, shaking the global economy with a few clicks and stupid sayings. Just like four years ago when he announced in a tweet that he would take Tesla private for $420 per share.

Like his latest coup, this process also had legal aftermath, in which the corporate boss was accused of market manipulation. However, there is currently much more at stake. At the beginning of the week, the San Francisco-based online service filed a lawsuit in the US state of Delaware. As the head of the board of directors, Bret Taylor announced on Tuesday, the court wants to force Musk to complete the purchase.

Although it marks the righteous, it has called a poisonous opponent onto the scene. On Wednesday, short-seller Hindenburg Research announced it was betting on Twitter by owning a "significant long position," prompting its price to prompt a spike. The short seller had previously caused difficulties for electric truck manufacturer Nicola and electric car startup Lordstown Motors.

Now he's even taking on the top dog, who himself is in serious trouble. Like many others in the industry, Tesla is grappling with hefty losses. The group has lost more than a quarter of its market value since April. At the end of May, Handelsblatt agreed on the swan song for a business model that somehow lost its paint. According to this, the only way to make money with e-mobility is to speculate that it will crash. The devaluation of the market leader alone would have raked in more than ten billion dollars for professional investors this year.

This probably comes closer to the truth as to why Musk is turning his back on Twitter. He could simply have run out of money, especially since analysts believe the $44 billion offer was significantly inflated. Twitter is currently worth around $30 billion.

Actually, the technology zampano wanted to finance the takeover with loans, secured among other things with Tesla papers. Because of the slump in prices, he probably would have had to provide further guarantees, which he presumably lacks or is simply too expensive. Because large parts of his private wealth are packed into blocks of shares, Musk's monster holdings had recently fallen to $ 192 billion. In April, when he initiated the Twitter acquisition, he is said to have been worth $288 billion.

Of course, there are worries about the future and therefore thoughts of how to get out of the situation lightly. The reasons given by the tech entrepreneur for withdrawing from the deal could then just be cheap excuses. He claims that Twitter management has concealed the true extent of spam and fake accounts from him. It puts dead or bot-occupied accounts at less than five percent of daily active users. According to Tesla boss Musk, the order of magnitude should be in the range of five times.

If that were the case, the service would generate significantly less advertising revenue, which would mess up the tour badly for the new owner. On the other hand, the goodness of a businessman who does not eliminate such risks before signing cannot be in good order.

And Musk apparently can't prove his allegations in concrete terms either. His argument that important employees on Twitter have left the flag since April, which violates the obligation to be able to continue business in an orderly manner, seems just as shaky.

The question remains how things will turn out. If the plaintiff wins the lawsuit, Musk could face a fine of one billion euros. The contracts provide for this in the event that the deal was called off illegally. That would be manageable for Musk, as would the foreseeable escalating costs of the process, which can drag on for years. Twitter, on the other hand, could run out of steam financially and be doomed if it loses. Which investor would want to bail out a business that the richest man in the world dumped in such a way?

In this constellation, an out-of-court settlement also seems conceivable. Twitter could increase the amount of compensation in the event of Musk's final departure or push down the purchase price in the event of a withdrawal from the withdrawal. Who knows? Maybe Elon will still be chirping from Mars while he's still alive. That really kicks.

Related Articles
Can Twitter Be Happy That Musk Isn't Coming?