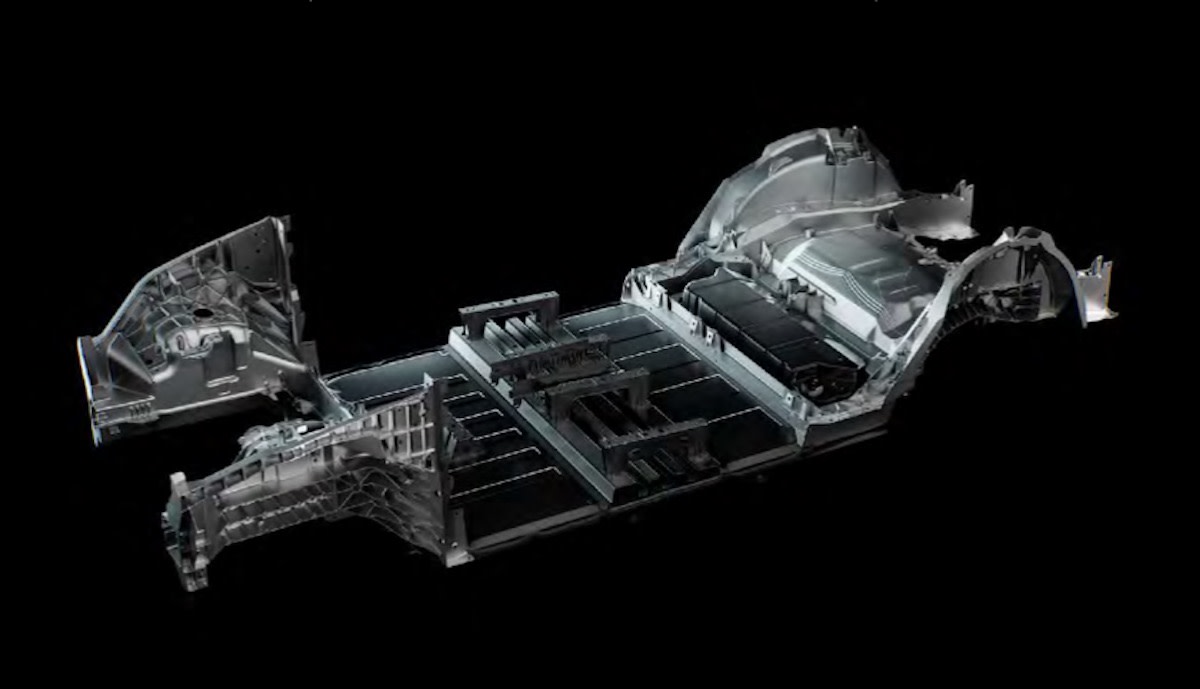 The Tesla factory that was then being built in Grünheide near Berlin would bring about a revolution in car production, CEO Elon Musk wrote in July 2020, and in the months that followed it gradually became clear what he meant by that: a Model Y, whose supporting frame a large cast part at the front and rear and a battery pack of 4680 batteries in between (see photo). Because their own production was delayed, Tesla finally went into series production in Germany this March with conventional batteries from China; instead, two weeks later, the also new Gigafactory in Texas delivered the first Model Y with a 4680 battery. But as found out, such a package has now also been installed in the German Tesla factory for the first time.

In mid-June, after a slow start in Grünheide, Tesla reported that 1000 Model Ys were produced there in one week for the first time. Surprisingly, at least a few dozen in the Long Range variant was added by the end of the month, after the German Gigafactory had previously only delivered the more expensive performance version. With the goal of a further significant increase, Tesla then sent most of its employees on a two-week vacation after the second Friday in July in order to restructure production.

This work continued this week, learned from a person who was informed about the processes. However, some production staff has been reassigned to test the conversions that have already been completed and to prepare for the full restart next Monday (July 25). Various innovations on the German Model Y are said to have been tried out on the occasion, including the structural battery pack of 4680 batteries as in Texas.

Also like the Model Y with 4680 batteries from the USA, it can be recognized by the designation "Standard", which is displayed in the vehicle information on its touchscreen under the "Model Y". Unlike the previous copies from Texas, however, there is no "Dual Motor" underneath. It is therefore a Model Y only with rear-wheel drive and a smaller battery, as is already being sold in China - but there with a conventional LLP battery, which is also found in the smallest Model 3.

However, European customers should not hope for a quick start with this variant, which is popular in China, and that in the state-of-the-art 4680 design. The Model Y Standard built this week was purely a test vehicle, the person informed said. Another one was scheduled for Friday. This should even get the front casting from the local Tesla factory, which had previously been delivered from China. With the Model Y in the conventional design with batteries from slimmer 2170 batteries, only the rear frame element was previously cast in one piece in Giga presses.

According to earlier information from the industry, the German Tesla factory was not planning to switch to Model Y with the die-cast element at the front and rear and the 4680 battery until the fourth quarter at the earliest. The batteries for this area are to be produced in a separate building on the Gigafactory site, which is not yet finished. In Tesla's Q2 earnings call on Wednesday night, CEO Musk stressed that no 4680 batteries would be needed to boost electric car production to new records for the rest of this year. Also in Texas, which had started with the new design, the Model Y is currently getting conventional batteries for the LR variant.

A Leak Reveals The Design Of The Future Tesla V4 Supercharger