Model Y from China is better processed than the German one 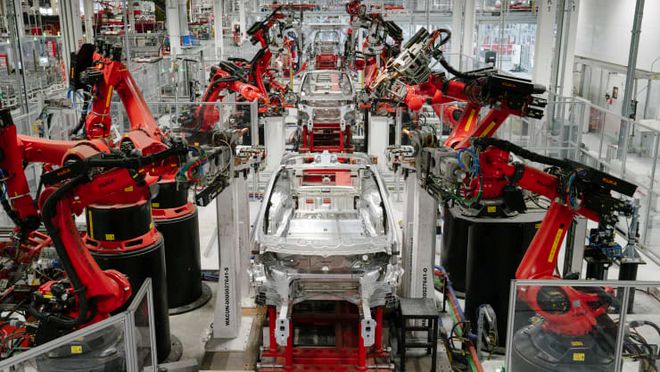 Since July, the Model Y produced in the German Tesla factory in Grunheide near Berlin has also been increasingly mixed with those in the Long Range (LR) variant, but most of them continue to come from the Gigafactory in China. The performance version of the Model Y, on the other hand, is built exclusively in Germany for Europe. This raises the question of what differences in quality and equipment there are depending on the place of production - and two German Tesla owners have now followed it up with their own Model Y.

White Model Y LR are also increasingly coming from the German Gigafactory, but that of the member of a Facebook group for the electric car was delivered from China in early September. A friend of his has had a Model Y Performance from the Grünheide factory since late June, the new Tesla owner (who doesn't want to be named here) reported, so they met for a head-to-head comparison.

Even from a distance, you can see the most important external differences: The Model Y Performance has larger rims, behind which flash red brake calipers, and there is also a black rubber lip on the spoiler-shaped end of the tailgate. The two Tesla owners had to measure to determine that the performance version is 1.8 centimeters closer to the road than the Model Y LR, in line with its sportier orientation. Its chassis is often referred to as bumpy. In a direct comparison, the testers found it "woodier" but not uncomfortable, and that of the Model Y Performance "fuller".

This could be due to the different versions - but the chassis of the German Model Y LR should also be more comfortable, owners reported in the Facebook comments. However, the processing of the body is better at Tesla China, found the two comparative testers. This applies above all to the lower transitions from the front fenders to the doors and along the light edges to the front and rear doors. In addition, the Chinese Model Y is said to have a better "scaly" structure: Each body panel from front to back is slightly further inwards, resulting in less air resistance.

On the other hand, the Model Y from Germany uses some high-quality material - Tesla shouldn't bother to downgrade it to LR here. The lower panels of the doors and center console are made of hard plastic on the Chinese and softer on the German Model Y, according to Facebook comparators. In addition to the rear seats and in the trunk, they also found plastic on the China Tesla and fabric on the Grunheide one. Both now have the sliding cover for the luggage compartment, which was only available on the German Performance version.

In addition, there were possibly random differences such as a slower opening of the glove compartment in the German Model Y and less resistance of the front armrest when closing. Regarding acceleration, it was reported that it seemed largely the same from around 100 km/h, but from a standing start, it was more vehement in the performance version and “too brutal” for the owner of the Model Y LR. Each of the two participants in the comparison would choose the previously chosen variant again, because of the higher range and performance for "maximum power".