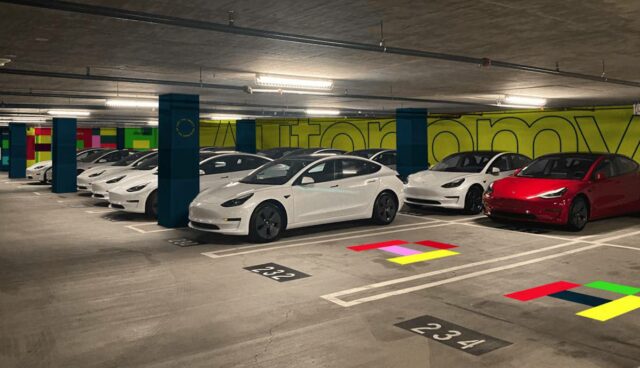 If you want masses of Teslas, you have to queue up like everyone else. This is roughly how CEO Elon Musk reacted last November to the news that the rental company Hertz wanted to buy at least 100,000 Model 3s – not all of them have been delivered yet, and according to Musk, there were also no discounts. Large customers are apparently not deterred by this either. A subscription provider from the United States has now announced that it wants to buy another 23,000 electric cars, most of them from Tesla for around $440 million. But CEO Musk was not impressed by that either.

Along with electric cars, subscription models for such vehicles are becoming fashionable, and one of the most ambitious providers in this area is the US startup Autonomy. This January, it announced it had bought the first 100 Tesla Model 3s to subscribe to, and it hoped to have 10,000 of them by the end of the year. In late July, founder Scott Painter told the blog Electrek that Autonomy was taking 200 Teslas a week at the time. In order to get as many customers as possible for waiting for customers as quickly as possible, the company is flexible in terms of model and equipment.

In addition, Painter has already announced that it is preparing an order for another 23,000 electric cars from various manufacturers. Details were released last week. As it turns out, most of Autonomy's purchases are made by Tesla: Of the total of $1.2 billion, the company wants to spend a good $440 million on the electric car pioneer. The planned 8,300 vehicles make up a good 35 percent of the total number of 22,790.

So Tesla has an order worth almost half a billion dollars in the house. Even measured by the company's current dimensions, with sales of around $17 billion in the second quarter of 2022, that's a respectable sum. Tesla CEO Musk, however, reacted almost bored: Production is a much bigger challenge than demand, he replied to an enthusiastic fan who pointed out the Autonomy message on Twitter.

According to Autonomy, the second largest order in terms of number and financial volume is to go to General Motors – after all, 3,400 electric cars for $139 million. The start-up wants 2200 electric cars for 107 million dollars from Volkswagen, which has not yet gotten very far in the USA in this respect, and also from Ford, Hyundai, Kia, and Rivian four-digit numbers for high two-digit million amounts. So, as in Europe, the choice is increasing, but Tesla remains the most sought-after in its homeland. According to Autonomy, the criteria included a range of at least 250 miles, the highest possible residual value - and the chance of having the respective electric car delivered before the end of 2023.