Tesla boss Musk in Europe: Plea for oil and gas in Norway, then visit Giga Berlin 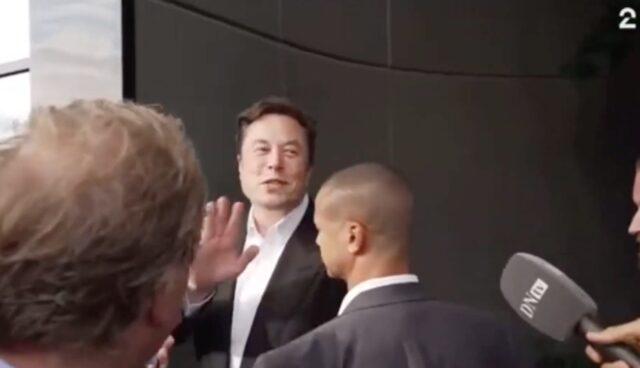 On the way there, his Gulfstream jet caused 48 tons of CO2 emissions, according to an unshakeable Twitter tracker, and Tesla CEO Elon Musk also made it clear on-site at the ONS energy conference in Stavanger, Norway, that the world would still be open for a while will be dependent on fossil fuels. In the short term, as much oil and gas as can be obtained is needed, Musk told reporters on Monday when he arrived, but at the same time, the switch to sustainable energy must be accelerated. Regarding nuclear power, the Tesla boss again spoke out against early shutdowns. He then flew on to Germany.

Norway has the highest Tesla density in the world and he came to show his appreciation for supporting sustainable transport, Musk said the morning before the conference. The country has a huge sovereign wealth fund that manages and grows profits from the oil and gas business and is cleaning out its own energy system. More than half of all electricity in Norway already comes from hydropower, and new internal combustion cars will be banned in the middle of the decade.

So, much like Musk, the country is making heavy use of fossil resources, but with the aim of moving away from them. Without oil and gas, civilization would crumble away, said the Tesla boss. The transition to sustainable energy is one of the greatest challenges ever. It will take decades to complete. For Norway, Musk encouraged more hydroelectric and wind power generation, including stationary batteries, and exports to the rest of Europe. With a reminder that the "baby crisis" was also really important, he left for the conference.

At the event itself, Musk apparently said roughly the same thing, according to a Reuters report on energy. He also named his top two goals for this year: getting the SpaceX Starship rocket into orbit and having Tesla electric cars drive autonomously. Musk specified the second point with "at least in the USA self-driving in the broad publication". He may have been referring to the FSD beta software, the latest version of which, 10.69, is currently being tested by the first Tesla owners. But that wouldn't be truly autonomous driving even if FSD were to drop the "beta" by the end of the year - officially it's just assistance software.

According to the Wall Street Journal, the Tesla boss in Norway also reiterated his now well-known opinion that going nuclear would be a mistake. In July, he had already intervened in the debate that was revived in Germany with a “they should continue to run” (meaning the German power plants that were about to be shut down). Musk said at the conference that he knows it doesn't go down well in some circles, but if you have a well-designed nuclear power plant, you shouldn't shut it down, especially not now. Among other things, the Tesla Gigafactory in Grünheide near Berlin, which is supposed to contribute to clean transport with its electric cars, also needs a lot of electricity. 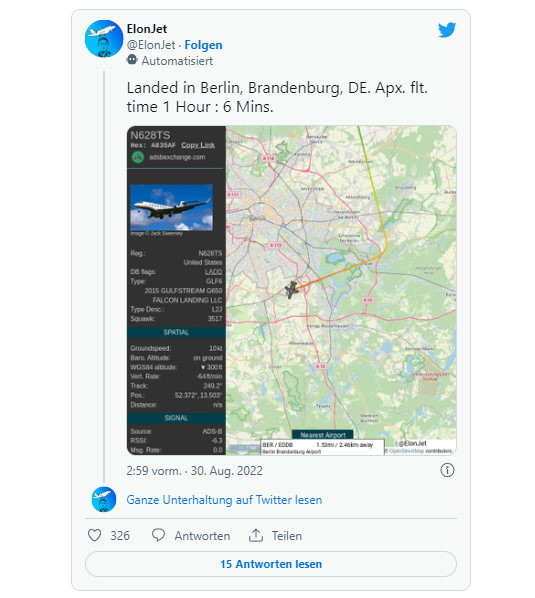 Musk was drawn to the German factory after he finished his conference visit in Norway. On Monday around 9 p.m. his plane landed at Berlin-Brandenburg Airport, as not only the tracker @ElonJet reported this time. Perhaps in time for the CEO's new visit, the entrance area to the main building on the German Gigafactory site was completed over the weekend and given a large Tesla logo.

In fact, Musk claims to have spent Tuesday at the factory. The Tesla boss wrote on Twitter on Wednesday night that he had the entire production shown thereafter the tracker had reported the departure of his machine in the evening.

Gigafactory Berlin is ramping up and it's good for you