English
Home
/
NEWS
/
Tesla Remains Self-confident: The Price For Fsd Should Rise To $15,000 After The Update

Tesla Remains Self-confident: The Price For Fsd Should Rise To $15,000 After The Update 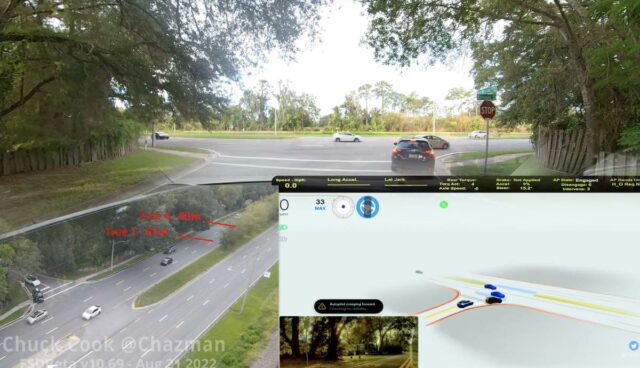 If Elon Musk had kept his announcement, the FSD option in Tesla's electric cars would probably have been significantly more expensive by now. The price will probably increase every two to four months, the CEO said in August 2019. However, he made this dependent on progress in the autonomy software, and this is occurring much more slowly than Musk obviously hoped. So the price of FSD has only increased three times since then. But now the first beta testers have received a new version of the software of the same name, and according to the Tesla boss, the most significant price increase to date should follow in two weeks.

Distribution of the version of the beta software, dubbed 10.69, began over the weekend, and like Tesla's entire autonomous driving journey, this single step has been delayed. In early August, Musk said FSD 10.69 could come a week later. Now it took longer again, and according to the Tesla CEO, the new software should initially only go to around 1000 beta testers. Version 10.69.2 will then bring further distribution in about two weeks.

You can still buy the FSD option in the USA for $12,000 and thus, in addition to some current extra functions, the chance to be included in the beta test and drive autonomously if the software is able to do this and is approved. But as soon as the first customers had published the first tests with FSD 10.69 and were impressed by it, Musk came back to the price increases.

"Following the wide release of FSD Beta 10.69.2, the price of FSD in North America will increase to $15,000 on September 5," the Tesla CEO wrote on Twitter on Sunday. If you order a vehicle with the option now, you will still get it at the old price even if it is delivered later (but this is not a new practice). On the occasion, the CEO reminded us that FSD can also be ordered and received for Teslas that have already been purchased - within two minutes via the app.

Technically, Tesla has improved the autopilot behavior when turning left across several lanes compared to the previous FSD version, according to the notes to 10.69. After a tireless beta tester, these maneuvers are now also referred to by Musk as "Chuck's Turn". In the past few weeks, the customer had observed Tesla test drivers at the difficult intersection near his house almost every day.

Of course, Chuck Cook took the opportunity to try out the beta software with the improvements practiced in his district on Sunday and to report on it. Thanks to a drone, you can see an overview of the entire traffic situation when turning from a residential street onto a highway in his video, plus the cockpit perspective (see photo above). In fact, eight times out of nine times, his Model 3 with the latest Tesla software behaved in a way that Cook could tolerate. Once he had to accelerate himself because the electric car started crossing the highway, but too slowly. The FSD software is still not perfect, Cook summed up, but it has actually gotten a whole lot better.

No Exception For Tesla: Supplier Province In China Extends Power Breaks For The Industry