English
Home
/
NEWS
/
Tricks For Fsd Beta And Tesla Insurance: How To Get The Perfect Safety Score

Tricks For Fsd Beta And Tesla Insurance: How To Get The Perfect Safety Score 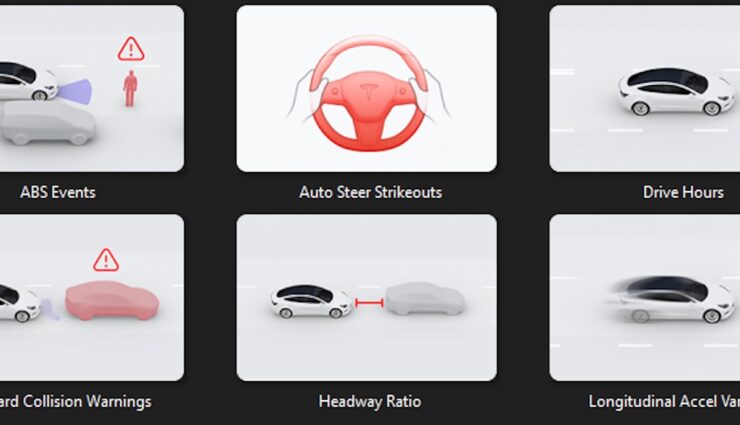 Before the beta test, Tesla set the Safety Score: Introduced last September, the system provides a rating of between 0 and 100 points for a driver's individual accident risk, and only those who have at least 98 points can test the autopilot software to become FSD. However, many who try it have found that even with great restraint at the wheel, you can be penalized for tailgating too close or braking hard. A Tesla owner in the USA has therefore now put together a guide for the perfect safety score - also because the premiums for Tesla insurance are based on it.

He himself had 97 points at the beginning and then quickly increased to 100 points, where he has remained ever since, wrote member Raurele in the Tesla Motors Club (TMC) forum on Thursday. So he knows what he's talking about. Tesla wants to use the safety score to train drivers for the FSD beta test, he offered as a new explanation for the sometimes strange ratings. Not everything that the system classifies as good or bad is also judged by people.

Unfortunately, he cannot offer a short version of his explanation, explains Raurele at the beginning of his contribution. However, he does have one tip that he describes as the most important: the “3-second window”. Because with Tesla you can't collect any penalty points while the autopilot system does most of the driving - and according to Raurele, this still applies for three seconds after deactivation. So if you have to overtake briefly or take a curve faster, you should switch off the autopilot control immediately beforehand. And it should also work the other way around: If things get tight after such a maneuver, activate the Tesla helper again before the three seconds have elapsed, and the supervisor evaluates as if nothing had happened.

Raurele's detailed tips for optimizing the subcategories of the Safety Score (see graphic above) also require drivers to adapt to the evaluation system in a way that is not necessarily natural. The ultimate goal is to let the autopilot do as much as possible so that you don't even get to be responsible for the points. To do this, you have to trust the system, recommended Raurele. However, sometimes you need the expensive autopilot option, which is also a prerequisite for inclusion in the beta test. Like the software itself, it's called FSD and now costs $12,000 in the US. Even without participating in the beta, you can use it, for example, to automatically merge onto the freeway - according to Raurele, this is important because the faster acceleration required in such situations often leads to devaluation.

Without the FSD option, you don't have this possibility. It doesn't matter because you can't participate in the beta test without them anyway. But the safety score also serves as the basis for calculating the premiums for the dynamic Tesla insurance, which is now offered in several US states. Anyone who has not paid an FSD is disadvantaged in a certain way because a now-known trick for a better safety score does not work.

In Europe, there is currently neither the beta test nor the Tesla insurance, so these considerations are rather theoretical. But both should also come across the Atlantic, the FSD software, according to CEO Elon Musk, maybe this summer. However, the head of the Federal Motor Transport Authority has already indicated that a selection of participants based on safety scores would not be permitted - a system must be so safe that it works for every driver, he justified. But it is also for Tesla insurance a launch outside of the US is planned for next year. And this is where it could pay off directly to know the tricks for the safety score - if they still work until then.